Don’t get me wrong, I think I found two songs worth buying, but those were the only two that have different beats and words than a previous song! Every song by Jason Alden is the exact same! Same beat, same words, and same tempo. It must not be too hard for him to write songs! I’m waiting for a Jason Alden song to come out with a new beat for one, and also with some words/story we have never heard him sing before. Some ideas I’ve thought of is he never sings any songs about his parents. I think if he would write a song thanking his mom or dad, then he would be a favorite. At least for a little while! A second idea is him writing a song about his kids! I don’t recall ever hearing about them! Just make the songs different beats :)

This is Good Stuff

Incredible album, Aldean and his band probably at their finest. I here this album and it takes me back to his last two. Which I almost got to completely hear live on 10-01-17. He’s the real thing and been there thru some troubled times. You can hear it in the voice, chords, arrangement of songs and the vocals. #Route 91#. Country Strong family forever, #LOVE WINS🎼😊💛

I am a huge fan of the one and only Jason Aldean and wish to be you some day , my favorite party song is we back because of the tempo and it makes a great entrance song. Just Keep calm and wear that camouflage hat

Every single song and album sounds the same. As well as it’s really not country.

Solid album. I thought at first it might be the same version of his past 3 or 4 albums but with slightly different lyrics but there are some nice surprises on here. His ballads are strong and he still rocks a handful of tracks. There are the few autotune tracks but it is used to compliment the song and not smother it. Highlights are We Back, Tattoos & Tequila, I Don't Drink Anymore and Talk About Georgia, although all the songs are enjoyable. It makes me wonder why people like the reviewer that started their review with “I hate country music...”. If that is the case, why are you listening and reviewing this then??? I like Jason and like the album!

I love We Back! It’s a catchy song, AND it’s country! The other songs are just ok, but we come for the main attraction anyway.

Every song on this album sounds like all his others, slightly different tempo and change the lyrics. I’m done with Nashville productions. I prefer the Texas country music scene. Cody Jinks - Cody Johnson - Aaron Watson. Country the way country should be and on their own terms.

Legit the same album every time

Sounds like all his previous releases. Nothing new here so I'll just listen to the old ones.

Restless827 - ALBUM OF THE YEAR

This album is pure country.. Jason and the boys just made an album that fills the soul. I hope you people listen and buy it. Country music needed this and I’ll tell you one thing.. this album is amazing. Grab a 12 pack and sit by the fire

Thanks Jason! Vocals on this album are stellar. Male vocalist award worthy. Song choices are classic Jason themes with a couple of surprises. The more I’ve listened to each song the more I love each and every one. Awesome production and musicianship. What an album! Congratulations!

They all sound like the same song! Just so bland!

People can say what they want. This is one bad a** album. Great job Jason

I loved his first few albums, the last 2 are terrible. I was hoping he might return to his roots but there no going back now. The money is with the younger crowd that like the electric guitars and snap tracks.

Mediocre songs, the same things the mediocre fans ask for... no risk at all..

Not another conversion??? - Meh

16 songs that all pretty much sound the same. Best song is I Drink Anymore.

Country as it should be

A lot of the same stuff- drinking in a smoky bar, girls and breaking up, living in a small town. Was hoping for a little more.

Not a song did a thing for me... Same sound as the last attempt!

So fantastic start to finish! Jason Aldean is the real deal and I can’t wait to see another show! Love the way he rolls!

I love Jason Aldean’s new songs, especially, Got What I Got

Best album yet. Love Talk about Georgia and Keeping it Small Town

Another amazing album...I can’t stop listening to it!

I’m sorry but literally every Jason Aldean song is the same.

jason's last two cd's had alot of great songs besides the singles. his 9 cd does not have that . he'll be lucky if he has 4 singles to release since that what he likes to release. we back of course because it is already a single. after that there is not much to pick from. {my opinion) the only other song that screams single is i don't drink anymore. over all it's just ok. remember this is just my opinion

Love this album so much lots of great songs🤠

I was thrilled with all the first released songs, We Back, Keeping It Small Town, Blame It On You, and I Don’t Drink Anymore. Then Camouflage Hat came out and kept building to what I expected the rest of the songs to be. Some of the remaining songs fell short. Champagne Town and Talk About Georgia were great. The others felt like they were missing something or just fell short for me. Overall great album! Keep it up!! We all love songs like Blame it on You and from two albums ago, Lights Come On!!

I love Jason and he can do no wrong, until now. Worst CD to date. All songs sound alike and there really isn’t a standout song like his other CDs.

statsimple69 - Where is the new Taylor Swift album

I first listened to The first 5 tracks of this album and immediately turned it off and listenthe to the new Taylor Swift album.

This album would be so much better without the ridiculous click/snap/clap tracks. IMO, the song ‘One For The Road’ blows out every other song on this album. Why? Because it’s original sounding. It’s country music. It’s the old Jason Aldean that so many of his fan miss. The reason he plays a lot of his old songs live is because it’s what people like. I don’t know why he keeps insisting on or trying to force the ‘pop’ sounds. It’s driven numerous country careers in to the dirt. Lose the electronic crap and it’s almost there. The song ‘Cowboy Killer’ had unbelievable potential to be a great country ballad but, unnecessary, over use of the auto tuning and click tracks ruined a great piece of work. Altogether, it is not too horrid but, it’s not great by any means.

Best album since Night Train!! Came Here to Drink has that 90s sound! Love all the songs! I do agree though, we back isn’t my favorite but i still turn it up to 10! It’s a great day for the Aldean Army

monster in the parasol - Awful

How is this guy still a thing? There is so much better music out there.

The Jason we love!! A step up from last album! Love it!

It was straight fire 🔥

Ocansola - I just love it

Jason Aldean keeps bringing fire to the table. This album has to be my favourite yet.

Aldean just keeps getting better and better. Love you man !!!!

I love your music Jason! Keep it up 🙂

Jakobclark - What You Can Expect Once Its Released

Once this album is released, you can expect it to be very amazing. Keep it up Jason.

Now, I'm a solid Heavy Metal fan, and have been since my teenage years. However, i recently discovered Jason Aldean's music, at the age of 41, after hearing Cory Marks' Outlaws & Outsiders song. Jason, was listed in the 'related' music groups. Well, I loved his music from the off. Bought his Rearview Town record there and then, and now 9 has come out. EVERY song here is just magical. Unusual to like every song, but on 9, this is exactly the score. It is just an excellent execution of his talent, country lyrics and a heavy rock background. What's not to like. I dare you to not like all or nearly all of the songs, this record offers.

What’s not to love about this album ... it’s another Jason Aldean masterpiece!

What do you think 9 album? Can you share your thoughts and listen experiences with other peoples?

9 (nine) is the natural number following 8 and preceding 10.. 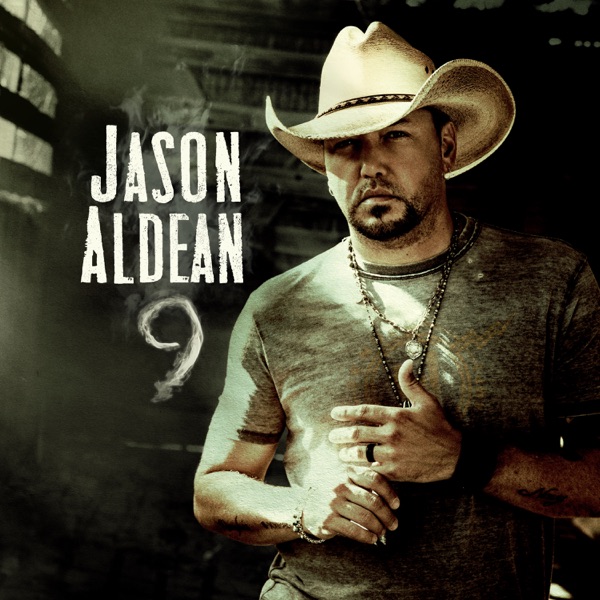