But why the price is $9.99? It should be $5.99 because this is not a studio album these are bonus tracks from the other studio albums and there’s one that’s from a demo album but Amy Lee renew it and made a piano version of it.

Another Friend of Shep - Amy just rocks harder and harder

Fantastic album, I missed it’s release, but I just discovered what Is arguably her best! It is a career-spanning compilation of B-Sides and originals. I was taken by “Bring Me to Life,” as was the entire world, but I was somewhat disappointed by the limp noodle guitar, and the lack of true rock quotient, but Amy’s voice was like cleansing water pouring over me. The soggy guys left, and with each successive album, the band rocked harder. Seeing her live was hearing an angel sing to me. Then came the masterwork “Synthesis” - much more than a simple remake/diversion project. I know that “Synthesis“ came after this album, but this album seem to go completely unnoticed - I can’t understand how everyone missed this one. This - I’m talking This Album Rocks Me to the Bone! Great lineup , and Amy is beyond exquisite. If you love Any and you love to rock and rock hard, you’re going to love this album. I would dare to say that it was her finest work, and, unfortunately, her most under-recognized. Highest recommendation.

trueEv&AmyFan - One of my favorites

I’ve purchased/listened to all the Evanescence Albums throughout the years but this is one that I keep playing over and over to get me through tough times. I would say Fallen is my least favorite and least played album besides Hello & My Immortal. I’m a fan of Eve mainly bc of Amy’s voice & piano playing from the start.

You have to give this at least a four star, because all of the songs on it are amazing, but as a lifetime Evanescence fan this tracklist is a crushing disappointment. This is meant to be the 'lost whispers'; a rarities collections of sorts...every single song on this album but one is already available elsewhere. Evanescence has two rare to find EPs and a catalogue of about 40 demos, rarities, alternate versions of songs, etc. All are available in varying quality to the savvy internet sleuth. So when I heard they were finally putting together a 'rarities/b-sides etc' collection of mastered songs, I was ecstatic. Then I saw the track list. 'Lost Whispers' is a concert intro, which is bit cheap as they've not put out a concert DVD since "Anywhere But Home" and now "Synthesis", so any concerts from the 'The Open Door' or 'Evanescence' era weren't exactly collectible. The 2016 update to their original demo album 'Origin''s 'Even in Death' is beautiful, but it's also just arguably the 'Synthesis' version of the song. 'Farther Away' has been available as a Fallen bonus track for many years now on different versions of the album; 'Missing' was the final track of the "Anywhere But Home" live CD as a new single; 'Breathe No More' is from the "Elektra" soundtrack; 'The Last Song I'm Wasting on You' was a "The Open Door" bonus track as well as available on two of its singles; 'Together Again' was a free promo single in support of Haiti about four years ago now; the final four tracks are just the bonus tracks from the deluxe version of the self-titled album. There is exactly *one* rare song on this rarities collection, which is the phenomenal "If You Don't Mind", a b-side that's never before been even illegally available online from "The Open Door". If you're a huge Evanescence fan, I would advise saving yourself the money and purchasing only the 2016 version of "Even in Death" and the previously unavailable "If You Don't Mind". If you're just a collector and get everything they put out, it's actually a nice listen, but honestly you likely already have the songs and can just make yourself a playlist. Once again, the songs themselves are lovely. But as a 'rarities' collection, this was a cheap shot compared to the enormous catalogue of actual rarities they had to choose from.

Koo is moaning out loud now, totally lost into his own pleasure. “shit flower, look who’s here.” tae whispers into his ear. koo shivers at the deep voice, reluctantly opening his eyes. oh..

Her patience wanes beneath starry skies, the distance betwixt growing ever further. She whispers secrets, throwing them wide, she sprinkles them upon the winds, lost in time. #mentalhealthprompts 12-26-20 .

@tearsofashlynx he was so sad he had lost them. even if they were little and he really couldn't use them anymore, it was as if they were a little part of griffin he left with him. he wipes the tears that have fallen and hugs eiji. "thank you," he whispers against his neck. eiji kisses his hair.

@beccastanz lost in the fit of passion :// We are not dirty he whispers to her. but they are they are.

⠀ ㅤ He had lost the sense of time as he couldn’t tell for how long he had been in that position until his spine felt stiff, neck cracked as he slowly raised his head. The whispers are still there, and his eyes locked onto 𝙩𝙝𝙚𝙢. Staring at him from the darkest corner. ㅤㅤ.

@grumpy_eyebrows day that she lost /him/. "Please!" She cries out stopping just in front of the doors. Her Old Girl...the one she's begun to love, and see as her only dear friend, is phasing in and out in front of her. "Don't go." She whispers. Tears (5/10).

This man. We were watching this yesterday and out of nowhere @RahmaDiamandis whispers “Daddy”. I lost it because I was thinking the same thing through out 😂. Ah he’s sexy personified. .

@soul_whispers @realDonaldTrump He lost, honey, bigly, but keep taking the meds you'll be better one day.

@soul_whispers @realDonaldTrump You are so lost, don’t you see that you are participating in the worlds biggest lie. Rest of the world is laughing at you. For us in Europe it´s like watching a crazy comedy. But we understand that Trump acts the same way as leaders in Hungary, Poland, Belarus - Autocrazy.

@soul_whispers @realDonaldTrump Around the world! LOL, You just dont know what you are talking about. USA has lost its leadership around the world..

What do you think Lost Whispers album? Can you share your thoughts and listen experiences with other peoples?

Lost Whispers is a compilation album by American rock band Evanescence. It was released on December 9, 2016, by The Bicycle Music Company. The album is a career-spanning collection of B-sides and two new recordings: "Lost Whispers", the intro from the band's 2009 tour and a new version of "Even in Death", originally on their 2000 demo album, Origin. . 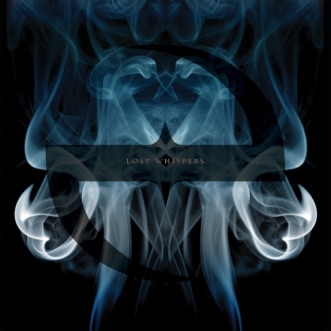