I couldn't believe my eyes when lance posted this release on Instagram! I am thrilled to have songs on here that I never had before. I bought the whole album despite already having all their albums on my iTunes! Such a great album! Glad to see the fans are still going strong!

Did they re-record all of the songs or just take them from old recordings and put them on a new album?

Ugh why can't they just put out ONE more album!!!!!

This is the best thing that's ever happened. I couldn't have asked for a better time either.

This entire two disc compilation is a nostalgic walk through the happiest years of my life thusfar. 12 years post "hiatus", and the fandom is still strong as ever and ready to support our boys. We're calling out for more STILL! Hey, Timberlake...You listening?

I wish NSYNC would reunite but I'll take what I can get. This album has all of the best songs from my favorite boy band growing up. It would have been cool to have a new unreleased song included in this, but hey. I can't expect much since they'll like never ever getting back together (that's a Taylor Swift reference lol). Great album!

They are all old songs...

So excited for this. I have been waiting for this to be released. They have songs on here that weren't from their albums, the ones that were hard to find, & it is awesome. AH excited. Best boy band ever.

All of their greatest hits and rare songs all in one cd! This is awesome! I wish they'd have a Reunion concert one day!!!

Thank you for bringing me back 15 years. I'm obsessed. Such good music! I was so hoping this would be released on iTunes and it WAS 💕 Best surprise ever!

Super excited for this album. Have been an NSYNC fan since day 1. Hope they do a reunion tour!!!

I'm still in love with *NSYNC

So exciting! Nice to see all these different songs I forgot about some of them! What a surprise this album was! Who needs promotion when you are NSYNC? :)

Nsync is way better than any artist today

Love it!!!! Brings back sooo many memories!!!

As if all of their hrs on one disc wasn't awesome enough, there's another disc of random good ones, some that we're never released. Really enjoying his album!!!

This album is on point. All the best music from when Nsync first started through their last album. JC Chasez's vocals are unbelievable, and all the harmonies are air tight. There are dozens of songs on this album, too, which will keep you listening for hours. I'm excited about this release because not only are their best songs all in one place (for a great price), but they're also available for a new generation of fans. Now if only we could get a reunion tour...

Great idea releasing this !!! NSYNC fans are never going to go away !!

*NSYNC is truly one of the best when it comes to harmonies! Great album!!!!!

This album is a perfect mix of the big hits and less known songs that will be appreciated by the die hard fans.

Love it! Has all of my old favorites and some very rare and unreleased songs!! Love it haha I'm listening to see right through you! Wow what a trip down memory lane!

J.E. Curry - Awesome, but why so secretive Sony?

This album is awesome!!! Love the unreleased newbies. But why didn't NSYNC even know this was being released?? Sketch balls over at sony apparently wanted to surprise everyone INCLUDING the band. Hmmm...

Amazing! How could it not be? This is my adolescence in a downloadable form. Reunion!!! Please...??

I have pieced together my NSYNC song collection over the years to where I possess each one of these songs released. Still didn't keep me from buying the album to support NSYNC! I'm excited for everyone else to hear the European versions, the Disney covers, the hard-to-find songs and especially the performance on Sesame Street (which I distinctly remember watching just for NSYNC)! If you loved NSYNC "back in the day" you'll love "The Essential NSYNC." Chock full of 17 gems people who only bought the NSYNC albums have never heard, remixes, and my favorite, Thinking Of You, aka the European version of I Drive Myself Crazy. Do as they say and Buy Buy Buy!

If a lot of people were so-called NSYNC fans, they'd know that many of these songs are on their European release before they came back to the United States. Owned these songs back in like 10th grade. I also think it is stupid that he record company did this. The guys didn't even know. But then again, some of you might be kind of young and had no idea… idk.

This collection is great and a must have for Nsync fans, loaded with classic hits and rare materials, worth the purchase.

Not only do we get some of the popular hits, but also some of the hard to come across songs as well!

I love it! There are songs that I love that weren't on the other albums.I hope they come out with another that has all of their unreleased songs! I love *NSYNC,they're the best. :)

Gosh i'm so happy when i've heard that they will be releasing a new Nsync Compilation!! The Question is wil this be available here in the Philippines??? Coz i've Called all our nearby Record stores and said they don't have it yet. :((

I love having all this on one album! The next thing we need is "The Essential Tour!"

Yes!! This is so great! I love it!!! Had a lot of unknown forgotten songs too.

It's interesting to describe this as "two discs of hits" when it is, in fact, only one disc of hits, and another disc of obscure recordings. (I confess, though, "Trashin' the Camp" with Phil Collins from the Tarzan soundtrack is the best.) That being said, this is an excellent compilation of hits, as well as a wonderfu way to collect the more obscure tracks. Perfect for the super-fan.

I still listen to them all the time. JC Chasez has an incredible voice, like JT and their songs are still perfect for the gym.

I've been patiently waiting for a new release and if we couldn't have new Music then this was the next best thing! Love having everything all in one spot to choose from :) great job! Love al the duets from the years are included!

More Nsync music! I will be buying it all!

This is the best album ever!! They def need to do a reunion tour. Maybe this will show them how much their fans love them and want a reunion.

Get it to #1 so the guys know you still care, that way they're motivated to make new music.

Just like everyone on here that took the time to write, I grew up watching these guys. I was 5 when barely anyone knew who were they were and they've ben there through the highs and lows in my life....Now it is our time....WE NEED THEM BACK! :) These songs are AMAZING like ALWAYS :)

Caseyheartsyou - I Want You Back, *NSYNC

This song won't contain "new" songs for the diehard *NSYNC fans who own movies like Longshot and On the Line. But it's awesome to have all of the songs you searched the Internet/imported albums/obscure soundtracks (Pokemon, anyone?) to find. And for the casual fan...you've got some GREAT surprises coming. This compilation CD reminds us what it felt like to love these boys 14-18 years ago, when we were teenagers and *NSYNC ruled the charts and TRL. Support your favorites and buy this album.

Laura Stetson - MADE MY DAY!!

I was SO excited when I saw this was released! Talk about a blast from the past! Now let's talk about a reunion tour!?!

So many great memories! Been a fan since 97'. Their music never gets old. They need a new album & a reunion asap! 👍🎧🎶

Granted I have nearly every song on this, but it has "Somewhere, Someday" which is my favorite *NSYNC song, so I had to buy that, and then I decided I might as well buy the whole thing so it's on my phone. Sold. Done & done. Thanks for letting us know, Lance!! Even though you barely found out yourself.

You still remain the best boy band of all time!!! I was so excited to hear all of the old hits and some new ones :) It brought back so much joy from growing up. I am extremely happy that the major radio stations arounds started playing your music throughout the day again when this album came out! I hope you all will eventually reunite for a brand new album one day. Xoxo

NOW PLAYING From This Moment On (Pop On-Tour Version) by @ShaniaTwain DON'T MISS OUR TALK at NIGHT SHOWS .

What do you think Pop (Radio Version) song lyrics? Can you share your thoughts and listen experiences with other peoples? 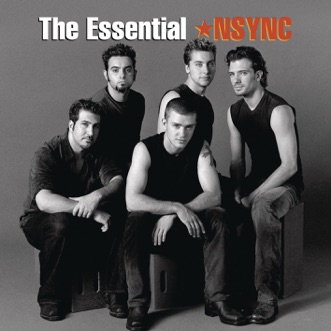