Shake It Off by Taylor Swift Song Lyrics

But I keep cruising
Can't stop, won't stop moving
It's like I got this music in my mind
Saying it's gonna be alright

Dabobbyboy - The album is flame but

Just like everyone is saying, dont give guap to the greedy people

Never got my pony - Wonderful

I love all this music :)

cute cool fox - WHY ARE PEOPLE SAYING DO NOT BUY??

I think this album is AMAZING. I love it, and don’t listen to the people who say don’t buy! Love her songs🙂💖💖

Scooter boy is a piece of crap and deserves to be in jail for life for what he did to Taylor. As you can see Taylor is levels higher then Scooter Boy, sadly these amazing albums can't be bought from iTunes because all the money goes to Scooter Boy not Taylor.

not the taylor that i know😭 - FREAKING AMAZING

Love this album! I love WTNY, Blank Space, Style, Shake it Off, Wildest Dreams, I Know Places, Bad Blood, and New Romantics. Top 2 for me I’d say! The best

Ender daimand - Dont get me wrong...

Do not buy taylor does not own this album any more she deserves to own it cuz she earned it dont get me wrong i love the songs but hate that she doesn’t get to own her songs that she worked hard to 🎤 😢 so sad i have to say this but... DO NOT BUY PS you can listen to part of the song without buying it so just listen to that part of the song it doesnt have a replay button but it will work without money going to horrible 🛴

Now you can buy this album because Taylor got the rights

And don’t give one star cuz of scooter, because ratings make and break Taylor!!! This album, as we all know, is spectacular and deserves five stars!!! Thank u tay!!! Go away scooter you big racist bully!!!

I love this song

I liked it. Great singles but questionable lyrics or slow starts or bad beats in some songs. It was difficult for me to choose between four or five stars because the listening experience was bumpy once in a while but Blank Space, Wildest Dreams and Shake it Off made up for it. She could've improved this album but I think it's a fine album, not to mention her good vocals.

Taylor is unstoppable and 1989 is an incredible album. Never disappointed.

itsamodernfairytale - Album of the lifetime

Superb, Exquisite, Unmatched. Anything for MY president

Literally her best album ever! Hope she makes more music like this!

If listening to this dreck doesn’t make you want to down a pint glass of Clorox with a shot of Antifreeze as the chaser, then your will to live is simply astonishing

this album is amazing!! i’m also thanking mr harry styles for inspiring a majority of the songs on this heh

I will never buy dis crap!

taylorswift queen - By a 13 year old girl from Vernal Utah

Taylor is amazing and very talented!! Her music is fun and interesting. I’m singing “How to Get the Girl” for a talent show for my school. Taylor changes lives without even realizing

BEST POP ALBUM OF 2010s..brilliant. QUEEN She was a man she’d be the man

I know every song in this album and what is not to like. This album is full of her opinions so don’t judge her. My favorites are bad blood and how you get the girl. Amazing work. ❤️💖🌹👍😁

pop perfection!! there is a reason why this is album of the year!

lucy and emmet - STAND UP

Taylor Should stand up and own her things. LOVE YOU TAYLOR! 🤗

I love this álbum

Twil05 - The state of pop today

This girl is an overproduced untalented pop star who like her peers doesn’t make music - but total drek. She can’t carry a tune

Ah, where to begin...the jumpy-pop beats, perfect strings, and charming vocals, all fusing into 13 BEAUTIFUL tracks! For her first pop album, per.fec.tion. She nailed it! Barley any skips, and just so pleasing to listen to. Style, Blank Space, All you had to do was stay, and Wildest dreams are some of my faves. 10/10!

Honestly this is Taylor’s best album, and no one can change my mind. Shake It Off, Style, Welcome to New York, Blank Space, Bad Blood, All You Had To Do Was Stay, and Wildest Dreams are my favorites. This album is iconic. ❤️😍

I used to like her music but now I believe she sold out. Then she added politics into the mix. Unfortunately, it started with this album when she switched genres from Country to Pop. I think all of her songs are always about her anyway. After a while that gets old because the songs are a bit narcissistic. It’s sad that she doesn’t own her own music anymore. Stay true and stay humble.

Best Taylor album by far. Don’t buy it yet until she re-records since Scooter owns them, but stream it!!!!

Thank you for sharing your talent to the world 🌎

I think this is an amazing album but Taylor does not own.... PLEASE DONT BUY THIS!!! Scooter just wants more money off of Taylor!!!! As long as it’s owned buy scooter... DONT BUYYYYYYYY ITTTTTT!!

7 arianators - Will always Be Original

I use to hate this album. when I was a kid my favorite song in this album was Wildest Dreams, and Blank space. Now that i'm older now. I listen to this album way more often.

@PositionsJulia @ArianaDLov @StaybleSwift @taylor13bts Anyways.. taylor sold more outside us than Ariana did worldwide including US. About the UK, shake it off is bigger than any Ariana single and 1989 alone outsold every album of ariana combined.

@icrypticemperor The foxed listened carefully to what the snake has to say, still not fully trusting it,although snakes considered to be divines and messengers, he still can't shake off the feeling of a lurking danger aiming for the boy. "So you've followed us here because you were awakened?" >.

@CNN When becoming president a persons character and how they are loyal to their wives and employees should be looked at. How many bankruptcies do they have, sex scandals, failed businesses, etc..? GTFOH. Shake it off young man and do better next time..

@RealMattCouch Amazing how foolish some people can look, just shake it off and do it again..

For the record I haven't sold my XRP, nor will I, nothing will shake me out. I've come too far , invested too much. Five years from now ill still be holding. And if it goes to .05 and it could ill be buying more. All my XRP is off exchanges..

I think it's time to shake off the turkey Tonight will be lamb shanks with mint sauce gratin potatoes with asparagus tips and glazed carrots. That'll work 😜.

Spent 8k stupidly this morning and I am upset, I honestly cannot shake it off. It's a lot more annoying because there was a while lot of other options if I had been proactive. I know It's 8k but I am very upset.😭.

@Lawrinho Get well soon pal, a couple of my close friends had it severely so I hope you’re not in their footsteps. Shake it off, and come back stronger in 2021 mate..

SHAKE IT OFF 3B VIEWS AND 10M LIKES SO TRUUUUEEEE.

What do you think Shake It Off song lyrics? Can you share your thoughts and listen experiences with other peoples?

You can find here music lyrics from artist Taylor Swift, album 1989, song Shake It Off, released 01 January 2014. Listening online to Shake It Off - Taylor Swift song preview is free and does not require registration... 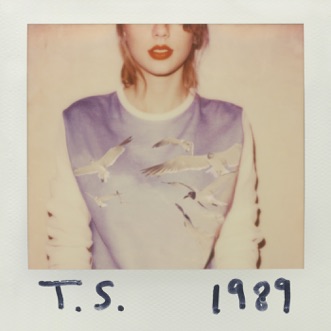 Shake It Off Similar Songs