Hee hee lover - Everything in general

I love his music

BEST SONG OF ALL TIME.

I luv u RIP

THE GREATEST ALBUM IVE EVER HEARD IN MY LIFE!!! MANNN I WISH THIS MAN WAS STILL ALIVE :(!!

So! Here we are sitting on the biggest one of all, that is when we talk about record sales, but musically speaking this album is no more then a decent music project, not good enough to of taken all the music awards that year and everybody else went home empty handed, for this reason I never bought this album and it was the last time that I watched the music awards. Don't mean to degrade this album, I believe it is good, it's the awards where unfair. I just wanted to say that NOT everybody was Thrillered with thriller……………...

Let's not play around. 5 Stars.

Yeah, sure, this album is amazing…but they ALL are in their own way. I’m just tired of people claiming Thriller is his best work all the time just because it sold the most and just, well…because. Everyone just HAS to say it’s the best because it has such a mythical status around it. The true fact is, DANGEROUS is his best work ever. Don’t believe me? Just listen to the songs Who Is It, Give In To Me, In The Closet or Remember the Time - absolute brilliance!

Smoofa - The Girl Is Mine

After more than 30 years, Thriller is still one of the best albums to date!

Dan the skylanders man - BEAT IT

The first time i listened to this album my mind exploded!!!

Great album, worth a purchase.

i love the thriller

I love this album, this album has helped me through some tough times, Michael you will be missed forever, Rest in peace.

I was a big fan of Michael Jackson when he died

I miss you and I love the musique of mackle Jason

I miss micheal. Even though he gave me nightmares

dfgdrgdrgr - BEST ALBUM EVER!!!!!! I didn't get it on iTunes I got the actual hard copy of CD

I LUV ALL YOUR SONGS U ROCK KING OF POP!!!

I love this song! I would probably buy it for 2.50

Michael at his best. Awesome production and equally awesome themes and vocals. Modern pop music may steal from this album but will never duplicate it. I think this was the golden age of pop and MJ was the king. RIP.

You know, I didn't notice until know, but I have to admit, this is my favorite album of all time. I'm a huge fan of the Beatles as well and I figured it would be one of theirs. But no, Michael has taken the prize :) R.I.P. Michael

most creative, inspiring, amazing songs i've ever listened to. every single song is great

This Album is so good that I can't put how much I love it onto words.

Michael Jackson is the best singer ever R.I.P.

This album will be the greatest album for many many years! <3 Love you Michael! R.I.P

Truly the best selling...and bestest album in the world <3 Michael really worked hard on this i will never forget it!! Buy it! You wont regret it people! Oh and OMMJ it has like almost ALL of theese ">>_\|_Reviews_|/_<<" are 5ssttarrrrsss

#1 michael fan - He is definately the king of pop

this truely was the album that crowned Michael the king of pop.He is a phenomenom!!!!!!!!!And in my opinion the best artist ever known.this album rocks!!! I love every song on it!!!!!! I love you michael

With out dout, one of MJ's best albums. Buy it!

From everyone at Pepsi, you will always be the King Of Pop.

This album is FANTASTIC!!! when I first heard that he died, I was devastated! When I become famous, i'll make a tribute album with songs inspired by his! I also have mastered the mooonwalk and I'm a girl! PEACE OUT!!!! Also, buy thriller and all the vids, you will not regret this! SERIOUSLY!!! I love MJ and he will NEVER BE FORGOTTEN!!! PEACE OUT (send this this heaven please God). One more thing, I send all my love and support to the Jacksons! Watch this is it in theaters Wednesday!

Genius at work - best album of all time.

Michael was my favourite ever and will always be in my heart. i love this album!

This is the greatest album of all time. Whatever your thoughts on Michael Jackson are, you cannot take away the sheer brilliance of the man. Flanked by Off the wall and Bad, this was the decade where no one came close. Genius.

I don’t love Micheal Jackson’s voice. But I have the original pressing and it sounds really nice.

The best song ever from Micheal Jackson and I’m soooooo happy that you have his music on iTunes Store!! I also want to say thank you so much also for all of the other great songs in the iTunes Store!!! Xx💗

It’s just phenomenal he is amazing love him

BethCatarall - It is Human Nature to find this album Thrilling!

The lyrics, the sounds, the dance moves; this album is a masterpiece within music history! MJ Started Somethin’; a complete everlasting Thriller! 🌕🐺🧟‍♂️🕺🏻👑✌🏻❤️

Mj was a legend he was so successful with his songs

This is the highest selling album of all time for a reason.. it is amazing.it manages to capture a period in music whist simultaneously never dating. Every single track is a masterpiece. Everyone should have at least one copy of this in their collection!!

NOTHING can come close to this album and michael really created a timeless masterpiece here. the most successful album to date, his legacy remains untouchable no matter how many stupid tabloids and unreliable documentary’s with no evidence try to diminish that.

The best album of all time . We love you MJ we know the truth . For the truth go to MJInncent.com #MJInnocent . Amazing album xx

Press play and just leave it, this experience will leave you breathless!

On a Friday - Amazing album

The songs are so good

RIP King Of Pop. You wowed everyone.

His most iconic album

The greatest album ever of all time!!!!

And It deserves It, EVERY SONG is a THRILLER!

SmoothEmJay - Best selling of all time

The album that cemented Michael Jackson's status as the King of Pop. Sales that even he himself was unable to surpass, it broke records and tore down barriers. Put simply, everyone should own this album. It will go down in recording history until the end of time.

This is the best album that will ever be , it never gets old and it's still better then that junk on the charts now. And is so original compared to now Day , to the the king of pop

I'm happy to see thriller back on the charts. Michael Jackson was for sure an amazing man

King of pop at his best!

best selling album of all time. No one can ever come on top of this, I love every single song

Absolutely love this album ever since I was very young, very life changing and influential to me, it's not called the best selling album for nothing ! Truly thrilling for fans and non fans of Michael, pure pop at its greatest :)

I don't think our reviews matter here. The greatest of all time

Brilliant Michael, at his brilliant best.

Every song is a hit! Genius

The best selling album in the HIStory of HIStory, and for a good reason! Every song on the album is perfect, absolutely perfect. I love you, Michael.❤️💙💜

Thriller lives beyond it’s hysteria. Michael released this album at the age of 24 years old. He released Off the wall two years before that at the age of 22. This is hardest working man in music history, perfectionist, fashion icon, artist, humanitarian and innovator. Thriller has opened many doors. That vibrancy and attitude in a song like Wanna Be Starting Somethin’, the serenity and gentleness of Human Nature. The motifs of destroying, breaking down gang culture and violence and instead uniting people through pop. The magic of the sparkling glove in Billie Jean, the amalgamation of orchestra, soul, motown and pop creating a pop catalyst like no other. Bless you Michael Jackson. They can’t hurt you anymore.

The ping lover - Best album of all time

Stunning, such an amazing album. I love it!

Dirwin-den - Best album of all time

Pure genius. Why isn't todays music as good as this? Such a loss.

Really at top 36 u can do better than that

Michael Jacksons thriller album is still the number one selling album of all time sold more copies then any other album over 120 million albums sold. Speaks for itself really? It's truly amazing. What a talented human being. King of pop!

the fact that this album could still chart now says something about it, who’s going to remember robin thick in 30 years? hopefully no one. This is absolutely timeless and MJ lives on.

best album in the world biggest selling album of all time by the greatest entertainer of all time :) love buy it

There is no doubt that it’s the great masterpiece to foster the further pop music development in 1980’s. Michael made it immortal. Forever the king of pop

If are reading this looking for a reason to download then you are obviously not a Michael fan.... Simply awesome

This album is absolutely AMAZING just like any other MJ album if you don't have it then that's your loss you have no idea what your missing!! Loved MJ all my life!! R.I.P MJ 😔

I never really liked him when the music was released but just listened to it again for the first time in about a million years (well since it was released) and really enjoyed it! In fact one of the must haves in any collection regardless of your taste in music! Also downloaded sign o' the times, awesome

Sold 109million copies I think that speaks for its self!!

The best selling album of all time! This album is just top class.

@JessSFrankel: For Ed, the discovery of a secret computer code puts their lives in danger vs Russian agents, the law, angry mobs, and tw…

@USAWrestling: Match of the Day: Kyle Dake and Andrew Howe have an overtime thriller at the 2013 World Team Trials 📽️: …

@JacksonologyTv: Watch Part One of our exclusive interview with Prince Michael Jackson about his father. #Micha…

@softfilmhours Heat is more of a crime thriller.

@smudgedhorizon Oh i completely see that. I can't count the number of times i've woken up to an incredibly scary mo…

What do you think Thriller album? Can you share your thoughts and listen experiences with other peoples? 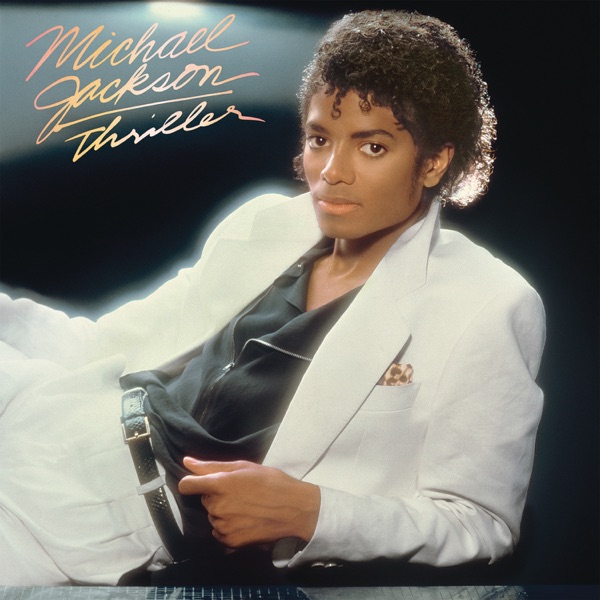