get over yourself, tay-tay...

This girl, man. I have to say, having given my best post-college try on writing great albums twice in my lifetime, but this girl puts it all together regularly and often. I really only like the house sessions, but that’s enough to give her 5 stars on the thoughtfulness of these lyrics. It is not ho-hum when you catch the full story on Disney+. Refreshing to not hear about her break ups for a change too. Her ability to write since a very young age and to reach to many listeners will always make her a prodigy in my book.

Not your typical pop Taylor...and it’s amazing. This may be her best album yet!

All about that money aha

These live versions are beautiful! ❤️

The original album tracks tell a beautiful story, four minutes at a time. But this version puts the lyrics front and center in an acoustic setting with single-layer vocals and instrumentals from the album’s collaborative artists Jack Antonoff and Aaron Dessner. She adds some vocal twists and extra lyrical moments to some of the songs. Really just a great rendition of a perfect album! As a fan of Swift, it does not feel like I am pressured to buy the album again, more like she is giving us content to pass our time in isolation. Can’t wait for more to come from Taylor. Re-recordings and more folklore content!

Such an amazing album. Focuses on her music and voice Talent. Glad she chose on recording hoax.. reminds me of covid with a 98-99 percentile rate. Smart girl. Love hoax!

I already bought the first half, really don’t want to pay twice but I would like the sessions. I’ll happily up the review stars if we can get them separate

How does this woman sell albums? She truly is awful 🤮

I see so many negative reviews. I love this album. One of my favorite albums of the year. This is a great project. Such a great sound. Very chill emotional love vibes. Another great album by tswift

The live versions are wonderful, exile is amazingly beautiful. The writing in folklore is some of their best and real. The most connected, I’ve felt to music in awhile. I can listen to this and get something new out of it each time.

This album is a reflection of change that corresponds with the times that we are living in right now. It’s living and enjoying the the life you spent.

This is one of the most beautiful things I have ever heard. There is a clean version if you’re unable to deal with adult language...

So a COVID-19 symptom is losing your sense of taste. So if you like T Swift, you’re safe. 🎶💅

It could’ve been better

I think it’s kind of funny how there’s a ton of one star reviews with no description whatsoever. They just gave it a one star because they don’t like Taylor as a person, which is weird because she’s a freaking angel. I also saw some reviews saying all her albums sound the same. WHAT? She has literally explored three different genres, with each being a smashing success. So shut up with your stupid opinions that don’t make sense and leave her alone :)

Excellent album from start to finish. I loved the original version but her live versions are always so much better. I’m happy they put this concert on music platforms as I don’t have Disney+.

You are a genius. Your writing is phenomenal. Love love love.

You’re an adult, I’m pretty sure you can take some naughty words, we’re not in kindergarten. It’s a good album, just know you’re gonna hear some oh-so-horrible swears, what a nightmare 🙄.

Look I am Swift fan. But there something so magical when you have three musicians just jamming together. It’s very cool and very unique for 2020 I think.

The original is better!

best written album of all time.

pnraskin - this is a try hard album it’s terrible

The songs are so unoriginal and have no depth to them whatsoever. Worst album she’s ever made.

A more raw sound that envokes tranquility and deep thought.

Perfection. No other words can describe it

Folklore has been a beautiful piece of work and the raw versions from the Disney+ release are just as magical and beautiful as the album versions. 5 out of 5.

Wow Taylor Swift, thank you so much for this album. Each and every song I listen to of Taylor’s amazed me more and more. Taylor is the most skilled song writer I have ever come across. Taylor has faced more criticism than a young girl/woman should ever have to face, and I get that not everyone has to enjoy the same music, but no one can deny Taylor’s songwriting abilities. I am sorry, but go try to write a Taylor level or higher song, it’s really hard!! Believe me, I’ve written hundreds of songs, studied hundreds of songs, and in fact I guess you could say that I live for music and songwriting. Anyway, thank you Taylor Swift for this album, I feel honored for the opportunity to listen to it, and I even feel like just listening to it and watching the Disney+ session made me a better songwriter, so thank you so much!

The pond sessions version of Exile is incredible.

Look, the album is unasailably great and Taylor's best by a wide margin. But this smells of cash grab. If you wanted to release the "soundtrack" to the TV special, fine...put that out there at a cut price for fans. But to re-release "Folklore" for the 3rd time in 5 months seems unnecessary. Fans are going to re-buy the album just to get the long pond bonus tracks which drives up the sales #'s of the original. It's a sleazy marketing gimmick for an artist who doesn't need it anymore and an album that is good enough to stand on its own

love this album. thank you taylor.

I prefer a lot of these to the originals. Her talent is undeniable along with folklore simply being some of the greatest work of her career. She is legendary

GOT7894 - Just another ploy for money and fame

AUSTIN.Wy - The best album of taylor

will work for money - She’s the worst

Just because you can release another album doesn’t mean you should.

Thank you Taylor! The lyrics are original cathartic.

The great thing about music is that some people feel it and some people dump that doesn’t make it garbage it means you have different taste so enough of the negative reviews.

Swing and a miss from Taylor.

So wonderful. Easy listen and makes you mellow. She’s so talented. Also, I would highly suggest the documentary on Disney+, The long pond studio sessions. You basically hear all the songs done in such a raw relaxing manner.

Taylor, you can never stop exceeding my expectations. I love you!

Thank you for a beautiful acoustic album

Jesus another release of the same album, I don’t understand the hype, apart from 3 or 4 songs the rest is just a filler here, I love Taylor swift but this album is a 1 star from me

I mean she has a good voice so she gets two stars for that. Then I really don’t like any of the songs other than one song cardigan so one star for that. Bye have a good day 😁😁😁😁

Mediocrity at its finest.

Just when I thought I couldn't love this album anymore, I actually love the Long Pond studio sessions more than the original. I now cannot wait for the re-recording of all Taylor's early music. Bring it on!!!!

NICKIIKCIN - Taylor at it again!

WOW i LOVE THIS SO SO MUCH

Don’t normally write reviews but been a longtime fan of Taylor since her Nashville beginnings & she continues to show what an incredible artist she is. This latest release continues to shows how brilliant her songwriting is, whatever style she presents it. Both versions of the album, especially live sessions, illustrate her lovely vocals & how she has continually developed her craft. Watching the documentary also gives some brilliant insights into how clever she is with stories and characters & imagine that it’s fascinating working with her during a creative process. Springsteen has always been my favourite storyteller an believe that in generations to come Taylor’s songs will be the ones people remember from this generation - because like the folklore concept they get passed on. I’m a musician who lives in ‘the lakes’ UK so this album also feels like a piece of home is in the mix. (I remember the day I was stuck at work knowing she was visiting just down the road). Not that I would have known what to say to her apart from how much I admire her work as an artist (& also think she is so lovely with her fans). Taylor is a legend and as I enjoy this album - will look forward to all the stories she still has to tell...

This is an amazing live album. See this is what we wanted for reputation and 1989... everyone buy this and the re-recordings! 🌳🌳🌳

the most authentic release in forever

Sad and The City - Invented live music and ponds

Taylor Swift at her best!

The album for the lockdown.

This album is again like the finest wine! It’s so good!

johncabales13 - Folklore: ALBUM OF THE YEAR

So much love for this ❤️

This album is a masterpiece! I thought the studio version is already IT! But it wasn’t til the three collaborated together in a studio! ‘Twas genius!

Album of the Year!!!

What do you think Folklore: the long pond studio sessions (from the Disney+ special) [deluxe edition] album? Can you share your thoughts and listen experiences with other peoples? 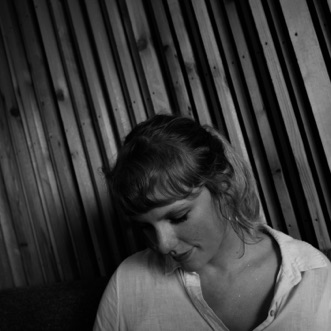