Sad there are only 9 songs on here. Keep doing you Megan sweetie, you’re doing great 💛

Wap isn’t on this disappointed.

RadinSub - They all sound the same

Megan I'm so disappointed by this 😔

I am not the type to listen to rap, but this sounds pretty ok to me. Though I like Suga from BTS a lot more. 💅🏽

RixtursBallroom - Pure g a r b a g e

The only song I bought off this album was Captain Hook. But I did listen to B.I.T.C.H and Savage, they were not for me. I found them to be very repetitive like all the others and her flow is very much the same all the time. Plus what’s up with the “Ahh”noise all the time.🤷🏼‍♀️

This girl doesn’t even know that Stallion means horse Her name is Megan Thee Horse MEGAN THE HORSE SHE IS A HORSE!

PERIODT RICH IS THE BEST SONG

One problem. When Megan rubs out of words to say she starts making noises. You need to have words. But since Savage is in this album I’m giving you thumbs up.

Hope Megan wins big at the Grammys this year. Album was HOT!!

She makes one star a compliment

While “savage” is okay, I’m getting too much of a sexualized vibe from her. Also, a lot of her songs sound the same and I feel like there’s too much focus on her butt.

Dude! This guy swears like nuts! I mean literally all the major ones she has in her songs. VERY Inappropriate music.

y’all judged this ep after first listen and it shows. when u first listened to the songs i liked like 3/9. the 2nd time i listened pretty much all the songs slapped [email protected]

Aaron Vicario - WHY or WHAT?

Does Megan even know or realize what a Stallion is?

all her songs are fire af 🔥

si da guy - This song is nasty and stupid

I love the whole album! 💯

I think it is really good

Cutie Pie Girl 2009 - You have such talent but what you talk about is wrong...

Okay.. I guess.. I like it.. but the way you talk is very inappropriate. You are a very talented rapper but the fact that you talk about inappropriate things is a negative thing, like, every time I play your music in my bus, people are like “ew“.. idk, I am not hating on you, it’s just what you rap in your songs is just not child-appropriate. Keep up the good work and have a great day ♡︎ Sincerely, ✨ 𝕄𝕒𝕕𝕕𝕪 𝔼𝕝𝕝𝕖 ✨ P.S. If anybody doesn’t like this, you can keep those thoughts to yourself and not hate on Megan Pete.

Music for ghetto hood rats and people who have no taste.

J from Baltimore - One dimensional, but I like that dimension

Every song starts with "Real hot girl sh**", followed by some above average filth to above average beats. Kind of like being bored at a strip club.

She’s ripping off Nicki and Cardi. Why do people like her music???

This is rushed and released out of spite, you can tell lol

I’m a hottie for sure. Megan is a beast. Best female rapper since Nicki no doubt.

Ain’t as savage as me, it’s just #cringe

This what USA is producing now utter rubbish trash. 🇮🇹🇬🇧🇲🇽🇪🇸😘

This EP is honestly amazing. Beautiful. Work of art

Does she really think that swearing is going to get her anywhere? I hate her songs. Honestly, who like her songs? They are trash 🗑🗑🗑

princess of rap holding it down🖤 love it

A few tracks to bump and bop to, getting better and away from that stripper music, I do like her but I think she holds her self back with the slackness. But yeah nice project, progression not perfection....yet

Ah, for a moment I thought that the Sugabages had returned with a new album. Instead I find this nonsense, full of "n****" expletives and the like. Garbage.

JohnKamaraa - Good Setup Before The Album.

This EP is solid and is a good stepping stone for the album.

Fever was too good for this EP to follow after it. All the songs sounded very similar and I wished that she spoke about more on loosing her mom instead of about man. I’m waiting for the album and I’m expecting a lot more than “SUGA” as it didn’t feel sweet at all :(

@SugaChartData: “SUGA’s Interlude” is 2.1M away from reaching 50M streams on Spotify. Don’t forget to add it in your streaming playlists…

@yoongisarchive: Hello, Please vote for SUGA 💜 #SexiestMenInTheWorld2020 •Tick #SUGA box, make sure to complete the Captcha for your vo…

What do you think Suga album? Can you share your thoughts and listen experiences with other peoples? 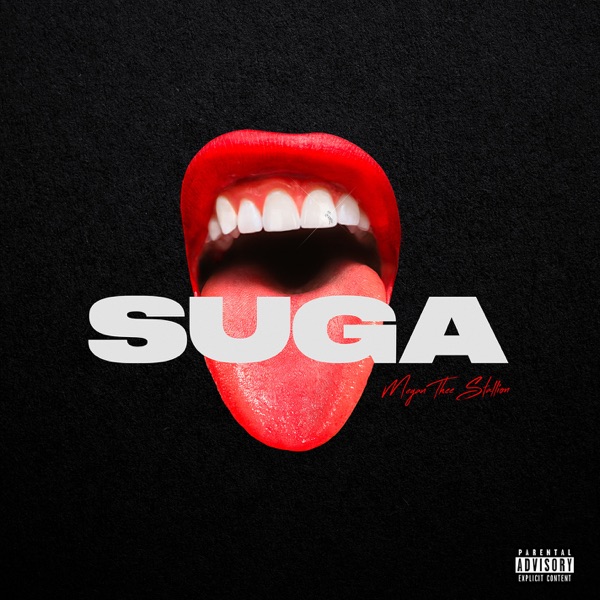