[email protected] - A few good ones

I do it, Mama Mia, and mahogany are good. But other then those songs the rest of the album is pretty bad.

pnmammazz - One of the best

Lil Wayne will always be one of the best and I would LOVE for someone to show me any other artist out there who has verses like him, who uses such crazy, funny but smart comparisons/similes like him. He really thinks about his words & lyrics and that’s one thing I’ve always appreciated about Wayne. He puts it all into his music and always has. Can’t wait to see one of your shows someday!

In my opinion I feel that Wayne started a new evolution of his musical style, a new Wayne era.

Idk what u people talkin about “what’s all the hype bout Wayne??????” He is still goin, he is the 1 that changes tha game 💯 and does it so easy, he spits like a mf..... This album goes hard & right after carter v. YOUNG MONEY = What’s they not to love ❤️ he is a beast and he neva quits!!! Tune tha 🐐 fo sho and everyone love em #tunechiback #nomorecashmoney

This is the best, most unique music you have written so far. The way you put the raps together and how you go off the names on “ball hard “ is awesome, and the piano song with vid is dope. I really like how you keep recreating. I listen to you when I skateboard. Props from Andre

This album is awesome.

bactress01 - Get off the drugs

Where is the real Wayne this guy Trash 🗑 🌊

Don't listen to mediocre D grade level lyricists like Wayne, go listen to rappers like K-Rino instead of this clown. K-Rino is one of the few underground rappers who still consistently puts out new music and is still as good as he was in his prime, if not better.

This album isn’t his best it goes hard

Word play & master of lyricism continues to be his focus. This takes so many times to listen to to catch everything

Love the whole album. I have NOLA love for Wayne from back in the day when he was a Hot Boy; when I use to be on the lake dancing in the back of pick-up trucks, getting grabbed inappropriately on Bourbon street, Driving down the city streets of New Orleans blasting “I Need a Hot Girl”, and hopping on the backs of bikes with guys I just met burning rubber down Claiborne. I see your growth. You are a true poet of American Pop Culture.

So, tha carter 5, sounded like lazy work, it didnt have “Tha Carter” feel, this, had no feel at all, he sounds like hes dead, and had lung issues or something, but hey, you can always resort to “Tha Carter 4”

Nitrose - he switched it up o this one

different from his last projects. I can respect the growth. I like the range and creativity no matter what. HEAVILY respected. Greatest Rapper ALive. #NitroseApproves

🔥That’s just what he do🔥

I feel that this album is appropriately titlled, all beit derivative of Eminems album title. This album may very well be his Funeral.

to hear old Weezy in a combination of what he’s learned over the years 🤯🤯🤯🤭”Snapped” would be a understatement. Wayne gotta song literally for everybody 💪🏽💪🏽💪🏽glad to see the ball back rolling

Never mind is my song n all other Songz go ham by tunechi!

Honestly, this album was kind of bland and weak compared to his other albums. Mama Mia was the highlight of the album, while most of the songs on the album fall short and don’t get back up. Final Score: 1.5/5

Lil Wayne continues to prove he is one of the most lyrically talented artists of the century. While his voice may not be what it used to, he finds a way to make good tracks on this album without overusing auto tune.

Soon I seen it, I brought the album.

I think this is one of his best albums yet

Jmans review ;) - Not for all wayne fans

This just feels like a carry over... easy effort doesn’t really have that less is more vibe that I appreciate most. But I appreciate any art from wayne as every little song sparks many artists direction.

If you can overlook the bad songs on this album you’ll be able to appreciate the great songs on this. Mahogany, Not me, and Line Em Up are classic goat Wayne

Mahogany is the banger on this album.

When I first went through the album I didn’t really care for it, but then I came back later on and sampled each song. At least half the album is so freakin good. Weezy is a LYRICAL GENIUS! I can’t stop listening to the songs I downloaded.

Had a lot of bangers.

So only 6 songs really had the witty Wayne lyrics paired with good beats. The other songs were so generic that I was disappointed. I know Waynes been a fan of auto tune for a while, but some of these songs would be 1000 times better without it. A perfect example is “Dreams.”

There are alot of negative reviews for this album but if you listen to the album good number of times you'll realize how good the album actually is. It took a while to grow on me but it's definitely 80+/100 for me

It was a long album, and a lot of songs sounded like filler tracks, but I’ll definitely remember this album for dreams, such a beautiful song, then do it is fire and mama Mia and bing James too. I’ll remember these for a longtime great songs, if the album was 15 tracks max it would’ve been amazing and better reputation. He could have done a deluxe version if he really wanted to drop the rest.

I’m glad that it’s not part of Tha Carter trilogy because this is not even close to being Wayne’s best album. On every Tha Carter project that he’s done, he’s focused, confident, innovative, and fresh with ideas that it’s in fact appropriate to call him the Greatest Rapper Alive. However, when he has an album that is not involved with the story line that makes him on top of the world, he falls flat. I guess it gets a pass because it’s not TC6. But still, not worth $13.99. I love Lil Wayne, but he needs to try way harder than this.

weedzy90 - Get ya roses ready

YoungAji - A master at work

No one this versatile

Album is like none other I’ve seen from Wayne. some crazy songs on it but “Dreams” rlly slaps🔥

Hanzzde - Wayne back on his sheeeet!! 🙌🏼

- Mama Mia - is straight 🔥🔥🔥🔥🔥 Not a fan of the others, too much repetitive “lazy bars” but just glad he’s back on the grind!

I fuk wit it

I love it! I have been listening to it everyday since it was released

how can anyone listen to this garbage? serious question. This is TERRIBLE

Difficult to listen to, prefer everything before it

Album getting slept on. This is dope.

From his other albums this is a disappointment 😩

Once Again lil Wayne does not disappoint

@Mvoice13: Thousands of mourners take part today in the funeral procession of Hasan and Mahmoud Zazou, two brothers who were killed by t…

`` Thanks, Uncle Rob ´´ Haha get it because he would always say something about her going to a funeral-

@BSING2U: @TheView There is a time and a place. This wasn't it. They could have kept the silence and used signs with boo and #VoteHimOut…

@CNN: Justice Ruth Bader Ginsburg's trainer does pushups to honor her while she lays in state at the US Capitol 💪🏿 Bryant Johnson, an A…

@Steph_I_Will Breakin to liturgical boogaloo... at a funeral. 😂 Be a fence!

What do you think Funeral album? Can you share your thoughts and listen experiences with other peoples?

A funeral is a ceremony connected with the final disposition of a corpse, such as a burial or cremation, with the attendant observances. Funerary customs comprise the complex of beliefs and practices used by a culture to remember and respect the dead, from interment, to various monuments, prayers, and rituals undertaken in their honor. Customs vary between cultures and religious groups. Common secular motivations for funerals include mourning the deceased, celebrating their life, and offering support and sympathy to the bereaved; additionally, funerals may have religious aspects that are intended to help the soul of the deceased reach the afterlife, resurrection or reincarnation. The funeral usually includes a ritual through which the corpse receives a final disposition. Depending on culture and religion, these can involve either the destruction of the body (for example, by cremation or sky burial) or its preservation (for example, by mummification or interment). Differing beliefs about cleanliness and the relationship between body and soul are reflected in funerary practices. A memorial service (or celebration of life) is a funerary ceremony that is performed without the remains of the deceased person.The word funeral comes from the Latin funus, which had a variety of meanings, including the corpse and the funerary rites themselves. Funerary art is art produced in connection with burials, including many kinds of tombs, and objects specially made for burial like flowers with a corpse.. 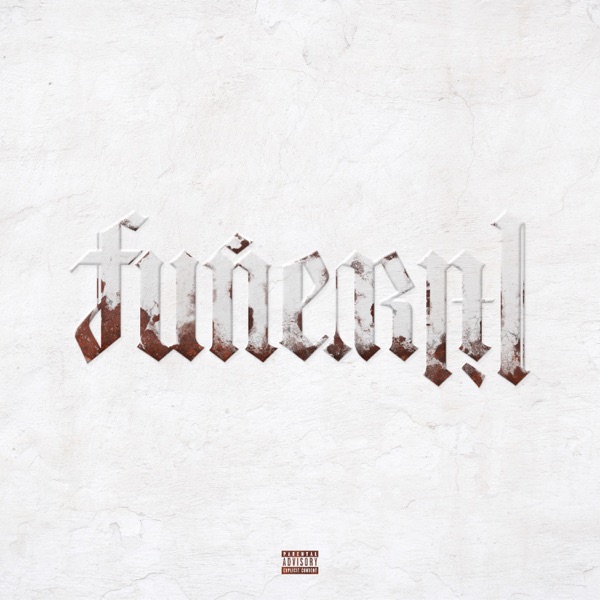