Rip... crazy what timez we be living in. never thought it was going to be dis soon... rest easy brother.. New York and da whole world lost a real 1

RodeoGirl78 - You Were One Of The Greatest

Hot unique voice, hot unique songs. Crazy banging beats. You stood out from all rappers. Loved you the second I heard Welcome To The Party. Volume 2 continues with more great hooks and melodies. You were just getting started. They took an extremely talented artist from us smh. Sleep in peace Pop 🥺

RIP bro.. you were an inspiration.. talent.. young man with a bright future.. kind of reminded me of my younger days flossing and ballin.. things happen for a reason your not DEAD.. They can never kill your soul.. your body is just a vehicle.. your on to your next life or your probably in another dimension living this very same life not knowing that you passed on in another dimension.. idk all the answers but I do know.. GOD IS REAL... WOO!!

i miss his music already

xXGinger_KurdXx - Liked it better the MTW

A bit better than meet the woo 1

He a garbage rapper

This album is straight trash. Same old beat over and over again. If you find this album 🔥🔥 you must had been born in the 2000’s. This ain’t no hip hop

Legends will be aways alive

you were taking over w💫💫, the album was amazing . I wish we’d be able to hear more music from you 💙💙💙 C.I.P Pop

His best album for sure

HE SOUNDS LIKE HE NEVER LEFT THIS EARTH!!! KING WOO!!

Send the addy we gon slide

Your legacy will live on

Rest In Peace but your music is still garbage.👍

One of the best projects of 2020. If you don’t like this mixtape, you guys ain’t know nothing about hip-hop. This guy had the sound of 2000’s hip hop and he was gonna be the new 50 Cent. R.I.P. man. Thank you for giving us the best work. ly man, Welcome to the Party in Heaven.

RIP but ya music was still trash dawg

Great album. Check out his other songs: Gatti, Welcome to the Party, Meet the Woo, War, and then Dior. Dior is on this album. Those are my favorite songs.

He is totally different from other rappers at least he don’t sound the same and his flow is fire on this album .

Why him thats fucced op😥

Meat the woo 2 is way better than meet the woo! I love shake the room!

I can’t put it as ring tone

No pop without the smoke!

Been listening to u since u first came about , RIP pop❤️

@offclASTRO He loves our Eun Woo😊 But you 2 are not allowed to meet for the 3rd time right? lol.

@vampgirIl @88gqq meet the woo 2 >>>>>>> every album that harry styles ever made or participated in.

Me everytime when a feature verse starts on Meet The Woo 2: 😐😐😐 honestly that project would be 8 with no features.

@PCPcrazy Pop Smoke Meet the Woo 2 my favourite album ever so it's certainly possible.

@sitkogeorge ik i do like it more and all but i wanted meet the woo 2😭.

What do you think Meet the Woo 2 album? Can you share your thoughts and listen experiences with other peoples?

Meet the Woo 2 (alternatively titled Meet the Woo, Vol. 2) is the second mixtape by American rapper Pop Smoke. Released by Victor Victor Worldwide and Republic Records on February 7, 2020, it is the second installment in the Meet the Woo mixtape series, following Meet the Woo (2019). The deluxe edition of the mixtape, released on February 12, 2020, features three new tracks, including a remix of "Dior" featuring American rapper Gunna. On February 19, 2020, less than two weeks after the release of the standard edition of Meet the Woo 2, Pop Smoke was shot and killed at age 20 during a home invasion. Guest appearances on the mixtape include Quavo, A Boogie wit da Hoodie, Fivio Foreign, Lil Tjay, Nav, and PnB Rock. Meet the Woo 2 is a hip hop, electronic, and drill record. The mixtape received generally favorable reviews from music critics, who praised its energy and Pop Smoke's vocals. Although Meet the Woo 2's lead single "Christopher Walking" did not chart, many bonus tracks and non-singles charted after Pop Smoke's death. "Dior" became the rapper's first solo and posthumous US Billboard Hot 100 hit, peaking at number 22. "War" featuring Lil Tjay peaked at number 100 on the Canadian Hot 100 while "Shake the Room" featuring Quavo peaked at number 93 on the Billboard Hot 100. The mixtape appeared on several publications' lists of the best albums of 2020; The Washington Post and Highsnobiety placed it in the top five. Meet the Woo 2 debuted at number seven on the US Billboard 200, becoming Pop Smoke's first top-10 hit on the chart. In the United States, the Recording Industry Association of America (RIAA) certified it gold. The mixtape peaked in the top 30 of record charts in Australia, Canada, Denmark, the Netherlands, Finland, New Zealand, Norway, Sweden, Switzerland, the United Kingdom, and the Belgium Flanders chart.. 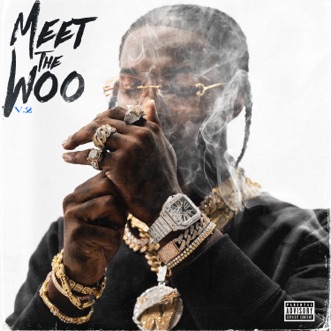