Thank you for your awesome albums

I really love his music really recommend him and the king of pop and always will be !!!

I was always a huge fan of MIchael ever since he was young. His musical and dance routines knew no boundaries. Virtually every song is danceable. I just had to have this in my library. There are no bad tunes he truly was a gifted musical artist.

dfgdrgdrgr - They seemed to have missed a lot of hit singles

Your great keep dancing in heaven

Guy who is disapointed - We will miss you michael jackson

Everyone, this singer wasn't just a singer. A genius, dancer, loveable, and the king of pop! And to all michael jackson fans, the king of all music, even though he did weird things, his music is in our hearts. He gave people hope, and has inspired people to be just like him. First he was in a boy band that you all know the Jackson 5 then next thing you know he is the king of pop, who made earth a better place by writing songs about how to make the world a better place, like man in the mirror, heal the world, earth song, we are the world, and he succeeded to make the world a better place. His music will lie within our hearts. rest in peace michael jackson, we will remember

I own the CD and I love all the songs. For me Michael Jackson will be forever the best artist and singer. Thank you for sharing with us your amazing talent. We miss you :'(

I went to a (fake) Mj live thing in Vegas and I just hated it but then I went to another one in Mexico and loved it it was because of the white face in vagas and I was little now I'm so sad and want to go to a real Mj show.I believe MICHAEL JAKSON is the most talented man on earth and he should never ever be forgotten!💗😭

I've had this album ever since i was nine! I love it soo much! Thank you for the music MJ! For those that just want to pick a few songs, here are my suggestions: Buy: -Bad -Thriller -Beat It -Blame It On The Boogie -ABC -Leave Me Alone -Can You Feel It -Off the Wall

19tyler86 - The best Michael Jackson collection out there.

This is the best Michael Jackson greatest hits you’ll find for a reasonable price (unless you want to shell out money for “The Ultimate Collection”). It’s the only collection on a single or double CD that contains hits from The Jackson 5, The Jacksons, and Michael’s solo career released in North America. Pretty much all of the big hits are on here, although some are mysteriously missing such as “I’ll Be There”, “Dancing Machine”, “Mama’s Pearl” and “Scream” (which is strange because the full album version of “Dangerous” is on here when it wasn’t on even a single). Its inclusion is most likely because Michael performed “Dangerous” quite a bit and it is a well-known song amongst his fan base for that reason. But for this to take precedence over the aforementioned missing hits is a bit odd. I also agree with other reviewers that some more hits from “HIStory” and “Invincible” could have been included on here for a more well-rounded perspective. But as with all greatest hits packages, this is marketed towards casual fans and not hardcore fans like me. And it contains all of the huge signature MJ hits that need to be on here, so on that note it succeeds. I buy every Michael Jackson release, and even though I own all of these songs on other releases, this is a nice addition to my collection. I personally like the use of radio edits for a lot of songs because the album versions for some (such as “Will You Be There”) are a little too long for my liking.

I purchased and downloaded this and 5 of the Jackson songs still say album only and won't download :(

MJ u rock my world😄❤

Let's dance! Let's shout! Shake your body down to the ground! Love that song ❤❤❤👍 I love you more MJ.

this is an amazing album with an incredible selection of songs for a really good price. i highly recommend this album to everyone. you get 38 songs for 15 dollars, thats really good. michaels music will live forever.

Micheal Jackson is the king not of only pop music but of the arts(singing,dancing,poetry etc) His music will touch hearts forever

There is not a song on this album that you can't dance to. In the ipod, in the car, wherever you listen to Michael, it just makes your day better :D Especially P.Y.T. (pretty young thing), that song makes you move!

This album is very nice ! We luv u M.J

I am super obsessed with MJ, Jackson 5, all of the Jacksons, and Prince. This is a great album and let's make his music live longer than Justin Bieber! Even though Justin Bieber is one of the most talented boy in the world MJ is the one for me!

Elvis Livs - he will live on

Stevie Wonder said it perfectly during the Jazz Fest in Montreal: There will be a lot of ridiculousness coming out about Michael Jackson, but the real way to make him live on is through his music. He proceeded to pay tribute to him for most of the show.

Absolutly love the energy put into his voice! I just have to sing along like every time. I cried so much when he passed away. Let us all respect his music and dreams! Go watch 'this is it' on the 28 th of October! It should be great!

Thank you MJ. Thank you for your love message, your unbelievable moon walk performance, thank you for the music. Jesus was here with us again and we didn't know. Thank you.

Such an amazing performer... This cd is great most of his and Jackson 5's best songs... Where's say say say with Paul McCartney?

Even though Michael was a very troubled man, he was an exceptional Musician, Songwriter, and dancer.

Inspiration...Hope...Freedom...Love. Simple things which he has planted in our hearts. I hope your dancing in the heavens with Princess Di and your graciousness shines down on us all. I believe the world is about to enter a sad depression, new wars are being created, but to live in fear is not living at all. We should just dance....

He may be gone ... but he'll keep the world dancing and singing through his music.

He may have coined the term for himself, but he truly is and always will be the King of Pop.

If you haven't buy any Michael album... those are the classic of Michael.

BuryMe - Why not assemble it yourself?

This is really a great collection of music. But in the world of digital distribution, this is not much more than a playlist. You may aswell pick out your favourite MJ songs and make your own playlist of exactly what you'd like to hear. It is also worth noting that many of the songs in this collection are radio edits or are cut down for some reason. It is disappointing that they aren't really the complete songs.

#ThrowbackMusic July 05, 2009 - #MichaelJackson started a seven week run at No.1 on the UK album charts with The Es…

@Charley58115169: 2009 #MichaelJackson started a seven week run at No.1 on the #UK album charts with The Essential Michael Jackson and…

What do you think The Essential Michael Jackson album? Can you share your thoughts and listen experiences with other peoples?

The Essential Michael Jackson is a greatest hits compilation album by American singer Michael Jackson. It was released on July 19, 2005, by Sony Music's catalog division Legacy Recordings as part of The Essential series. The two-disc compilation features thirty-eight hit songs by Michael Jackson, from his days at Motown Records with The Jackson 5 in the late 1960s and early 1970s to his 2001 hit "You Rock My World". On August 26, 2008, The Essential Michael Jackson 3.0 was released in the US as a limited edition containing an additional disc of seven songs performed by Jackson. A re-titled release in the UK was planned on July 6, 2009 as The Hits, but was cancelled upon Jackson's death. As of 2018, the album has sold more than 6 million copies and certified 4× platinum in the US. . 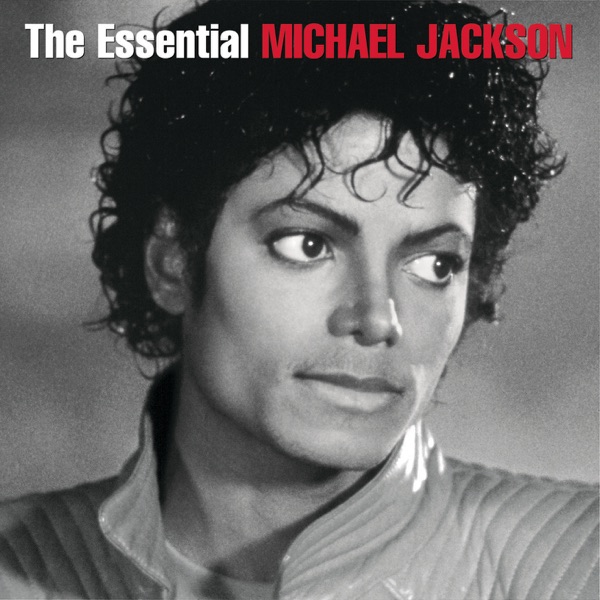