front to back flames Laroi about to blow up 💯💯💯

One of the best albums ever is to much heat in one album . 🔥🔥 nothing but bangers 🔥🔥

In love wit this fr fr💎

Now that’s what I like about this album. Hip Hop/ Rap w some melodies & this kid can sing! PS: I’m a 59yr old listener.

It’s like he’s not even 16 lol super fire album and beats! I like the emotion he brings too all the songs. Juice WRLD is a proud father in Heaven rn 🕊 999 forever Rip

just 16 and displaying so much potential, rooting for him.

EliteGoose09 - Live on for juice

One of the best albums of 2020 hands down

Been waiting for this since I heard DIVA*

just wait a year or two.. he’ll be huge

Elias V. - THERE IS NOT A BAD SONG

This album is a straight masterpeice. For his first album ever he hit a home run. HIGHLY recommend! 🔥🔥

i knew some heat was coming but this thing is truly solid all the way through. easily made its way into my all time favorite albums. he’s gonna be a legend

One of the best debut albums I’ve ever heard. Doesn’t miss at all

The Kid Laroi is next up

This kid has a very bright future

I love it great debut

LAROI TAKING OVER THE WRLD

This man is fire and so down to earth, one of the beat out right now

You talented af man keep goin no matter what

It’s crazy that this kid is 16. One of the best albums I’ve heard this year. Not one bad song. 🔥🔥

Such a good album for a 16 year old can’t wait for the future!

He is so talented at 16. I couldn’t imagine doing something like this. Hope he doesn’t go down a path of drugs because his future is bright

Great albulm just without the skits and it would be amazing

I think it’s good for a first album but I wish he had some more features to help him along. I love how Lil Mosey goes off. He brought some serious heat

This album is amazing. He is only 16 and it prove that anything is possible. But listen to the lyrics. He is going through so much. Even tho the beat is fire and the lyrics, listen to what he is talking about. I hope he is okay. But overall amazing artist that inspires me and many others.

Laroi gonna be one of the future GOATS 🐐🔥

rickyfarnam - Great 1st album if you like melodic HipHop

If you like the melodic hip hop sounds of today (Post Malone or Juice WRLD) you will love this album. I’ve been impressed with the consistent upbeat catchy songs from LAROI. Let’s watch his career blow up!

This is a great album and has great song through out the album.

These so called rap singers need to stop relying on autotune. Y’all ruining what could have been an ok album.

Usually when I see there’s skits in an album it’s always a waste of time and never good but these tie in with the songs so well to tell the story, all around great album, not a bad song on it, LAROI never disappoints

ok get noob - Not Bad

I really liked this Album, maybe a 2 skips but thats it

If you dont listen to at least one of laroi’s songs, then you might as well not listen to any music at all.

waited so long but so worth it

This singer is so relatable to me

Every song on this album is a banger, 100% will be telling my friends to listen to every song! Laroi is literally a living legend and it’s crazy that he’s so talented at such a young age

EPIC GUY MASTER GUY🕸 - This is a werid album

Sorry to say this but have listened to this album twice and for me it feels rushed with the features on the jucie wrld song was good but the rest was hot trash!👎🏻

Every song is really good. LAROI is so talented for a 16 year old. I would definitely recommend.

Bksabaskksab - The next breakthrough artist

Everything I expected and more well done bud

josh isington taylor - This is amazing

Debidkim - He is versatile and definitely will blow up very soon

The album has no skips!!

What do you think F*CK LOVE album? Can you share your thoughts and listen experiences with other peoples? 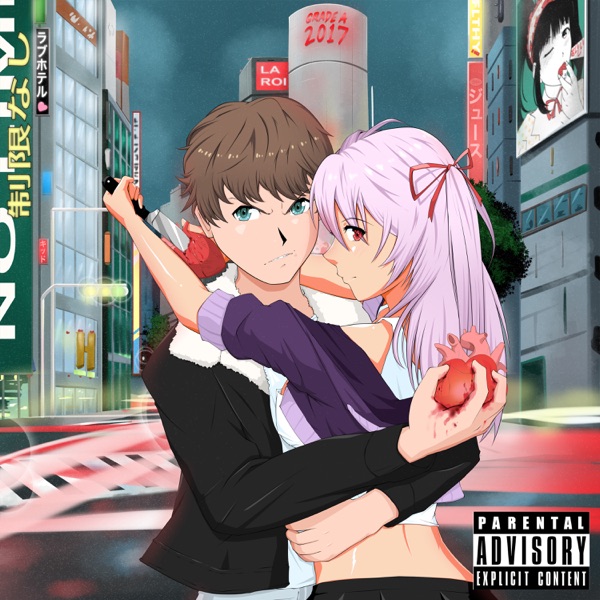