boogiedownJay - Not a good rap album by Kendrick’s standards

I expect top tier rapping when i play a Kendrick album. This album sounded like the sole purpose of it was to sell records and do well on the charts. Never expected Kendrick to sell out and make songs like “Humble” and “Loyalty”.. i dont mind intentional hit songs but if their going to come from a top tier lyricist like Kendrick i at least expect him to bring his A game rap wise and he just simply didnt do that at all. Very repetitive and very not Kendrick-like. This was a bad rap album.

Flower boy should have won the Grammy 😐

tickle-fish - Best lyricist I’ve encountered in a while

Listening to this album has helped me through some hard times. I love how articulate Kendrick is about his anger. He knows how to dig deep. He’s such a powerful artist. This is the first album I’ve listened to in a long time that has impacted me on the soul level. Thanks for bringing this work into the world Kendrick.

Less of drake. Agree or disagree

This album is the first one I listened to after my first major breakup. To help put my perception of this album the first time I heard it. I feel as though every song helps embrace any change happening in Kendricks life that comes with them highs and lows in mood and quality. GOD. Is a perfect example of this I feel this song is coming from a genuine place, but to me it’s the worst on the album and is unlistenable at times. Though that doesn’t convey at all my overall feeling on this project. In fact that’s really the only song I dislike off this project. Every other song does a good job hitting that middle of Kendricks emotional state and the current rap games genre blends plus more. My favorite track off this project was PRIDE. Due to the immersive nature it gives off, and the beautiful chorus that doesn’t over stay it’s welcome and keeps room for the amazingly crafted verses Kendrick has on this track. The verses mostly consist of really life in general. And while that may sound like a boring topic, he gives a nice retrospective glimpse on who is he is and how he can improve. Those two song are what make up what I like and dislike on this album.

HipHopDJ203 - Such a garbage album

It’s one of my favorite songs by Kendrick

This is one of his best albums I think it took a lot of effort to make this and album it took YEARS to make a couple songs but this is one of my favorite albums.I think that he is combining rap with rock. My favorite song is ELEMENT the song was transitioning from chill music and rap I would recommend this to a lot of people idk if he will have anymore albums but I will look forward to it if he does

Another awesome album from kendrick. I think all of the songs on here are fire. This is one of the only albums i can listen to without skipping one song.

Returning to the trap sound but thats not a bad thing. This album is still pretty good. Kendrick as always having great production on his albums. Also it appeals to everyone. Pop listeners as well as fans of lyrical rap.

J.T.W./DARKNESS IN SMOKE - Garbage album of the year

rocwood - Most important album of our times

Just drop something save 2020

saenmadman - This is a good album

This album just gives me goosebumps! This one will be in spin frequently my whole life prolly. A instant classic! Great memories to this album looking back at it 2 years later.

He got few albums but every record he made was special

Love it so much. This rapper shows us his amazing rapping talent once more. Keep up, Kendrick! We love your songs!

The Greatest as usual. Delivered ✅

Very nice album, has many nice songs. This album has amazing music with great lyrics written by the great Kendrick Lamar. These songs are not only entertaining, they also are deep and nice. It is one of my favourite albums and I love the music in it.

@_ylfotyt Damn!!! This is sad news...this young man was going to do some special things in the future not that he hadn’t already accomplished so much, so much more to see RIH Ty!.

Every time I think I can breathe I get more requests and shit to do. Work be so damn busy right after a holiday..

@IONknowthatdude @realDonaldTrump His family pretty much don’t give a damn. An intervention would show some sort of affection and love for the person. The tRump family are all for self, not even for the rest of their family..

Really wanted the shut out, damn it.

Is my boyfriend mansplaning or am I an oversensitive bitch it is so god damn hard to tell sometimes..

@xuxxsa Damn definitely drink responsibly, that shit been in sunset.

2. DIRTY DANCING. Maybe it was returning to the cinema in the summer that put me in such a great mood, but I suspect it really is just that damn good. Walking out of this after seeing it on the big screen gave me *the* feeling I want from a cinema trip. Perfect!!! .

What do you think DAMN. album? Can you share your thoughts and listen experiences with other peoples?

Damn (stylized as DAMN.) is the fourth studio album by American rapper Kendrick Lamar. It was released on April 14, 2017, through Top Dawg Entertainment, Aftermath Entertainment and Interscope Records. The album features production from a variety of record producers, including executive producer and Top Dawg Entertainment label-head Anthony "Top Dawg" Tiffith, Sounwave, DJ Dahi, Mike Will Made It, and Ricci Riera; as well as further production contributions from James Blake, Steve Lacy, BadBadNotGood, Greg Kurstin, The Alchemist, and 9th Wonder, among others. Damn features appearances from singers Rihanna and Top Dawg singer Zacari, along with Irish rock band U2. Damn received widespread critical acclaim and topped the US Billboard 200 with 603,000 album-equivalent units earned in its first week. It also topped the chart of Canada while reaching number two in Australia, Belgium, Denmark, Ireland, the Netherlands, Norway, Sweden, and the United Kingdom. It was supported by three official singles: "Humble", "Loyalty", and "Love", the first of which became Lamar's first number-one single on the US Billboard Hot 100 as a lead artist. Damn was certified triple platinum by the Recording Industry Association of America (RIAA) in May 2018 and was also the Billboard Year-End number one album of 2017. Damn topped The Village Voice's Pazz & Jop critics poll and was named one of the best albums of 2017 and the decade by several other publications. It became the first non-jazz or classical work to earn a Pulitzer Prize for Music and won Best Rap Album at the 2018 Grammy Awards, as well receiving a nomination for Album of the Year at the ceremony. In 2020, the album was ranked 175th on Rolling Stone's updated list of the 500 Greatest Albums of All Time. . 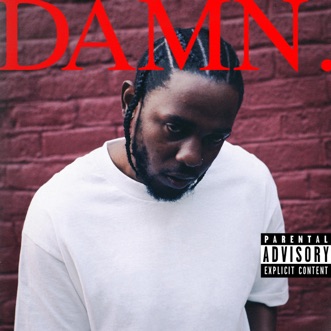