but we need wlr

Why couldn’t he still make these bangers???

Although the lyrics are terrible, each song manages to have a unique, trippy vibe.

He’s back at it again

MissKiki00 - Die Lit, More Like Die IT IS ACTUALLY LIT

I like this album, I only would hear wokuplikethis* or magnolia but I heard everything and I was like this actually has no skips

All he did was mumble this is horrible

It will grow on you. You just need to listen at the right time

strokematic - What did I just buy!?

This guy repeats the same words 20 times a song and I can’t understand what he is saying... terrible purchase besides the intro

Had to buy the whole thing. This is the 3rd song I have heard and the 1st song to make me a fan of his!

HumansRus - used to hate this album

i hope that whoever gave it a poor rating someday realizes how genius this is, i went from hating it to loving it out of nowhere

can’t be sad listening to this music

One of the best Trap Albums of all Time, Great Production and Good Features, 10/10

Ive honestly listened to this so many times and still cant get the grip of it and this is someone who has over 4,500+ songs. This album and playboi are both overrated and irritating.

All songs are great when you have a great sound system. My favorites No Time, Home, Middle of the Summer is underrated. Also Pull up & Milage ft Chief Keef 🔥🔥🔥

Personally the hardest album out

Can’t rage if you ain’t buy this

john laker - Carti sweet with it

all hits no misses, love this album❤️

Pretty cool on an initial listen through but I doubt I’ll be returning to this album in the future. I need something with a little more cohesiveness and substance than something like this that exists purely to be “a vibe”.

I offer this 5 star sacrifice in hopes that it might expedite the release of Red. Pls god, im going to die from Corona anyways, let me just hear this album first

This album is overrated best songs are the ones featuring uzi and skepta.

Carti’s work on this project was crazy with different types of styles and great production and interesting. Each and every song is a banger and it’s his best project to date.

Where do I begin... Well, Die Lit is truly my definition of music, To the beats, the productions, the flow, the vibe and even the lyrics while obviously not extremely lyrical whatsoever, but Carti’s lyrics are extremely catchy and borderline addicting to be honest. Songs like Mileage, Foreign, RIP Fredo, Choppa Wont Miss and Pull Up are great example of songs in Die Lit that have extremely catchy lyrics and hooks. If you are looking for songs to vibes or chill to then songs like Long Time, No Time, Right Now, Middle of the Summer, Fell In Luv and again Foreign are the songs to listen to. The features on this album are amazing too, Lil Uzi Vert, Chief Keef, Pi’erre Bourne, Gunna, Young Thug, Young Nudy, Travis Scott, Bryson Tiller and etc do an outstanding job with their features. Overall, Die Lit is truly an amazing album, whatever Carti is doing is truly perfect and I hope Whole Lotta Red is just as good as Die Lit or even better.

Realsnipez - One of the greatest albums of all time

Amazing production, tons of energy, ad libs on point. If you don’t like this album you don’t have any sense of fun or energy.

What it do, meet me in the alley wit my troops

Definitely worth the wait

I got half way through before I had to turn this off. It's all annoying music. Not worth a listen

Despite the mixed reviews, “Die Lit” shows ya all how people’s opinions are very personal because I’ve heard so many bad things and when I got to listen to every song it changed my way of thinking. These songs are just so good and the album is definitely worth the buy.

Barbz here to say Nicki killed poke it out

Very repetitive, lyrically and beat wise. snippets and leaks are much better.

I’m happy that carti being more creative with his flow but, this doesn’t need 19 tracks but, still fire 🔥 🔥🔥🔥

A lot of the songs in the middle sound the same but still rate it.

every track is literally the same and has no decent beat for the whole album.... give it up son

If your not a carti fan , this ain’t for you For all my day 1 carti fans this is a great day !

IT GETS A 5 STAR RATING BECAUSE I LOVE RIP

The greatest to ever do it

A great piece of art worth the year long wait.

Did you not hear Eternal Atake, Die Lit, Whole Lotta Red, Designer Talk, Anarchy, Come Over When You're Sober, Back 2 The Beach or So Much Fun??? .

Nothing better than listening to die lit carti on a sunny day😊.

If you die during the Rona we can’t even pull up to yo shit I.E. Yo Home-Going Celebration was not lit ma Nigga ...we still love you doe.

@canningben74 @DebatingHipHop_ i am enjoying whole lotta red for the heavy sound he’s giving but it doesn’t compare to self titled and die lit. i’m not a hardcore fan but people have been hating on carti since his first single and i don’t anticipate it stopping anytime soon. he gives bops period.

What do you think Die Lit album? Can you share your thoughts and listen experiences with other peoples?

Die Lit is the debut studio album by American rapper Playboi Carti. It was released on May 11, 2018, by AWGE Label and Interscope Records. The album features guest appearances from Skepta, Travis Scott, Lil Uzi Vert, Pi'erre Bourne, Nicki Minaj, Bryson Tiller, Chief Keef, Gunna, Red Coldhearted, Young Thug, and Young Nudy. The production on the album was mainly handled by Pi'erre Bourne, with assistance from Don Cannon and IndigoChildRick, among others. Die Lit received generally positive reviews from critics and debuted at number three on the US Billboard 200.. 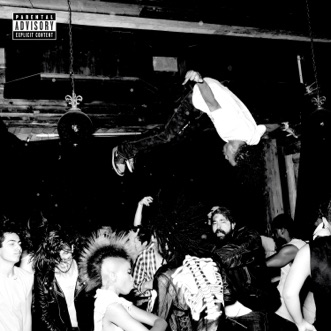