This album is the first from odd future in a while and its so dope, the features are great and the beats have evolved to where they should be from past domo, i love it. thank you domo

Been waiting on this

Such a breath of fresh air in musical and lyrical content...

Really love the vibe it game me amazing album!!

Been listening to you for a while and if you bring that aggressive mentality like No Idols and the Rusty feature along with the smooth flow I'm already hearing in Dapper, then this will be remarkable

Been waiting for this, I have faith you killed it!

right when i heard this album it took me back to a nostalgia trip, the smooth groove beats, and that summer madness feeling caught my attention. glad you are doing what you feel is who you are Domo, I'll be waiting for more.

This is what we've been waiting for, Time for him to blow up, this album is pure excellence

Yes yes!! We needed this

Domo Genesis killed this album. If you want to listen to real rap, listen to this and all of Domo's previous projects.

Man ever since OF I knew domo had talent. And here it is.

This is just the beginning, domo's legit and he's gonna set the world on fire. 10/10 album

All you need to know is this album is flames son 🔥🔥

We back, great album. Got bars and some really deep emotions in it. Emotion in music is overlooked.

By now, it’s not hard to see why members of L.A. hip-hop outfit Odd Future went their own ways a year or two ago. It wasn't necessarily because everyone wanted to atomize the collective and it definitely wasn’t because the group lacked moxie or substance. To be honest, they’ve always been on fire as a fully cohesive unit. It was more a case wherein each member or group-act had such unique talent individually that some wanted to distance themselves from the brand to make a separate name for themselves on their own. A few still feel quite passionate about the movement, including Domo Genesis from Inglewood, an emcee who until this point has distinguished himself with a handful of excellent mixtapes and as one third of MellowHigh with Left Brain and Hodgy Beats of MellowHype. Today, Friday March 25th, Domo has finally released his debut studio album, Genesis, and with it, he is poised to catapult himself onto a higher echelon of rap-recognition, for it is a well balanced, musically agreeable project in which Domo makes the full transition into adulthood mentally. His rhymes are tight, the guests are interesting, the music as already mentioned is lovely, and it provides just the right amount of variety in all areas. Avoiding labels, Domo is stylish and smart, cool and conscious, taking the best feelings and thoughts from both rapper-subtypes. With his “feet on the ground” and his “head in the clouds,” he levels himself evenly between opposite pulls and just springs forth lyrically in the second track “One Below” with several topics: family, friends, self-sufficiency, focus and more - points that really matter at the end of the day. He is a sucker for being himself, working hard, taking the right path, and exploring some of life’s greatest questions (see “Questions” featuring Da$h and Kendra Foster). He exhibits an excellent attitude everywhere, blocks out the negative peanut gallery and commits himself to a respectable lifestyle. To balance out all his knowledge and wisdom, he sets aside time for fun, choosing to show his hip groovy side in tracks like “Faded in the Moment” with Cam O’bi and “Dapper” with Anderson Paak. He is inspired by hard times and hustles to make a positive change. Domo Genesis reads a decisive verdict in Genesis stating that he is guilty of being one of the most mature voices of West Coast rap’s new guard, backed by a jury of his peers. Tay Walker, JMSN, Tyler The Creator, Mac Miller, and King Chip are among his guests, in his age range and in agreement with him and his thoughts. A little less compatible but fun nevertheless is how Wiz Khalifa and Juicy J meet with Domo and Tyler for “Go (Gas),” an Odd Future meets Taylor Gang get-together. Beautifully orchestrated, the production, a gorgeous spread by alternative producers Mike & Keys, Christian Rich, SAP, Los Garcia Bros, Left Brain and others, favors calm relaxing jazz, cool gentle flute and piano, and buoyant easygoing dance numbers that will have the whole industry nodding. Domo’s wordplay is fantastic and although he doesn’t rap about current events or stir up any offensively satisfying rebellion, his head is screwed on right attitude-wise. The social activism can wait, but not much longer, just until and if he starts another LP. That being said, Genesis is a very solid genesis to Domo’s album-making career.

amazing first album . cant wait for the next one!

Ca event - Improving I love it.

This album is hard good for jasper.

Frfr he raps like he has to prove something. That's why I like his music. To me he's better than these main stream artist. Keep up the good shh man!!

One the best rap albums this year... For anyone that wants more check out some of his old stuff on the odd future website most of its free to download too

It's pretty weak voice is kinda annoying I don't see why people actually like this album or od future for that matter.....

It's time y'all stopped sleepin on my mans 🔥🔥🔥🔥

Such a smooth album. Sleek flows and beats to take you on a trip. 🌊🌊🌊 #Genesis

This album is so good. I would recommend to anybody that likes a just purely good rapper.

Was excited for this and it ended up being better than what I originally imagined. Thank you for this

Deserves every bit of attention he's getting.

This is one of the best debut albums by anyone. Absolute fire

This album is so tight 🔥

Domo Genesis is yet another example of an artist who makes music for the culture and not just the money. I just can't f**k with these clowns like future and young thug and don't quite understand how a sober person could call that trash fire.

This is amazing. All I can say is, thank you.

Domo poured his heart and soul in to this masterpiece, and it’s paid off brilliantly. With young guys like Anderson Paak contributing to the funky-passionate production and soul of the album, it stands apart from other works of art as a beautifully unique exemplification of Domo Genesis’ potential as an artist. This is a 5 star album; its weakest points would be the strongest of many other albums out today. I’m so grateful for its existence. Go out of your way to listen to this beauty.

I love Domo & I've been waiting for this but none of it is impressive or sounds like he's progressed. I honestly wanted to turn it off because all the songs sounded alike but I stuck through it. Very disappointed! The features how ever are pretty good on their use to the song but like I said it's very boring...

Yo we need this music... Music has really fallen not focused on the rap. Domo focused on both a dope beat and rhymes. Really feelin this yo!

Domo isn't as crazy as the rest of odd future, but his more relaxed style is appealing to listen to. Great overall album

Yo this ish fire.

I honestly didn’t realize that this was one of they’re members but this album is great and is a great buy.

Always the most underrated in the group, can't wait to hear this.

@Coin6589 *face-palm* How? Busta Rhymes also has an album entitled "Genesis". There, you will find covers of Genesis songs. SMH

This made me bust a fat nut bruh

Domo has fantastic lyrics, beats, and I love his voice. Great album.

This is going to be absolutely awsome, I can't wait 💪🏼

This is what Domo was destined to make at one point. It was so beautiful. 🔥🔥🔥🔥🔥

I saw the title Genesis and thought Phil Collins and the boys were back ,but unfortunately there is some guy talking rubbish to music . Big shame

Tyler The Inventor - Genesis is Genius

Worth the listen, Domo mix's rap with soul to give us art.🔥 OddFuture for ever~

@MsGuidedButSoft some of the worst songs i have ever heard on the genesis.

The Fall..If Adam and Eve fell then was the earth made for man .Satan already fell..Where'd he go..Genesis 2 could have been Satans was earth made for everyone..Satan seemed to ruled over death until Jesus sacrifice. So he doesnt stop..

If we extrapolate the genesis of PM Kisan, it’s nothing but a paltry reimbursement of the negative market price support to our farmers who are underpaid at least to the tune Rs 2.46 lakh crores annually of their fair price. PM Kisan should that way be to the tune of Rs 27000 p.a.

#MysteryOf_IsaMasih Jehovah is not the Supreme God Genesis 3:9 Jehovah called to Adam, "Where are you?" Jehovah didn't even know where Adam was. @SaintRampalJiM Watch Sadhana TV 7:30 pm. Visit :- Satlok Ashram YouTube Channel. .

#MysteryOf_IsaMasih Jehovah is not the Supreme God Genesis 3:9 Jehovah called to Adam, "Where are you?" Jehovah didn't even know where Adam was. Watch Sadhana TV 7:30 pm. Visit :- Satlok Ashram YouTube Channel. .

#MysteryOf_IsaMasih Living beings to be vegetarian-holy Bible genesis 1:29 I have provided all kinds of grain and all kinds of fruits for you to eat. .

#MysteryOf_IsaMasih Jesus was not God. Holy Bible , Genesis 18:2 He is the Son of God. @SaintRampalJiM .

What do you think Genesis album? Can you share your thoughts and listen experiences with other peoples? 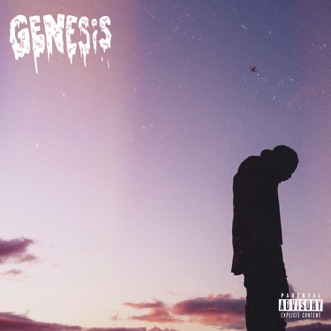