One of Skillet's best albums. Heavy and intense as it should be.

This is the most amazing album ever I love the songs. Keep going skillet your amazing

I'm fangirling the album all the way. THANK YOU FOR MAKING SUCH A GOOD ALBUM!!!!!!!

People will say it stinks and it is lame. Ya right, this album is like comatose. And comatose was an album everyone loved. So this is one to like too. This album is really intense and skillet is an awesome band but this album was not really like the albums they made before it just doesn't have that Christian kind of touch to it like their albums Collide in (2003), Alien Youth in (2001), and their Self titled album in (1996).But overall this album is really well. Best songs 1. Sometimes 2. Never surrender 3. It's not me it's you 4. Awake and alive 5. Dead inside

Skillet has been my fav band for like all my life ever since a heard hero, when I did, I was like: WHAT IS THAT AMAZING MUSIC!!!??????

4 stars because most of the song's beat sounds strikingly similar.

I love that they are Christian band, and that can relate to any person within any situation! My son Trevor loves the song monster, and he's 4! Keep going Skillet! We live your music !

I used to lie to my parents a lot about chatting online and watching youtube. I had to do homework on the computer, and my mom gave me the password. I was in the middle of my homework and Believe came on. By the end of the song, I was reduced to tears and realized I was forgiven, so if you have trouble doing anything in life, please get this album!

Came across this band listening to Kari Jobe's Spotify radio and have been loving their songs, so much power in them.

i love awake and alive, monster, and hero but the rest dont compare and i cant find any other songs like it

Honestly if you don't like skillet, I don't know what to say to you. The truth is you don't even need to listen all the way through the song to love it. I wish that Skillet was more popular and made more albums, but it's just the way it is. Skillet is the best band I ever heard of

Love the music the beat and the message

Their songs were rock music and people liked it so they copied skillet.

I remember when I got this birthday gift cd. The best cry I had.

i love the song Monster. i will sing to tis song all day all , i just LOVE IT. ;)

JosiahMagnet - After a few listens...

I can conclude that this is better than what I originally thought it was! It has some of their best ballads and some of their best rockers! Jen’s vocals aren’t bad, either. In fact, I rank her voice up with Amy Lee of Evanescence. However, I still think Comatose is all around better because this album has more fillers in it I feel like. Favorites: Hero, Monster, Awake and Alive, It’s Not Me It’s You, Believe, Sometimes, Lucy, and Dead Inside.

I really got into Skillet after watching Sonic AMV's on Youtube. I owe those people who made those videos a lot, they introduced me to an awesome band!

I love this album as much as I love comatose. Please make a ringtone for dead inside. "To find this love of mine. I'd walk through wind and fire forever and always." Best lyrics in skillet besides the whole song comatose.

This crap is OMG amazing. I love this band, anybody who says anything other than that is deaf.

Strong and meaningful songs, makes the world seem ok when your in a bad place, thank you Skillet, your music heals wounds that no medicine can touch.

Love all of Skillet's records! This is definitely my favorite though.

Monster and hero are must haves

Jen Ledger is a living Legend!

Awake is a great album

I just would love to hear the two sing different things simultaneously.

I would give 5 stars, but all the songs sound the same.

lexie redding - I love you guys😭😍

Amazing album. YOU MUST HAVE IT. 👌

I love a lot of songs in this album but one stands out to me. Hero. It stands out to me because it really describes the person I want to be when I grow up. I want to be the hero who does all I can to save somebody or something. And I think everybody else should too. :)

Axtonthenorthernfox - Rock is my favorite genre

I loved this album the most

Wolfiewolfwolfie - LUCY IS MY SISTERS NAME AND SHE DIED TO CANCER

OMG I JUST FOUND YOU GUYS TODAY AND YOUR SONG LUCY IS ...is so true for me....

My older brother introduced me to skillet and I loved it. Hero+Awake and Alive+Monster= My favorites.

Skillet is my favorite band, and this is the best album they have released in my opinion.

I live skillet and their songs are absolutely amazing!! My favorite song is monster by far.

My main reason of liking this song is the best is simple so I can tap my feet to the drum. And I just like skillet

Love this album!!! Has a great metal feel to it but there are also some songs like One Day Too Late that are less heavy and more heartfelt. Sooo amazing! Keep it up, you guys!

Not one of you songs is bad I love listening to them after school your the best band out there!

Skillet rocks! dead inside is a great bonus track. buy it God bless

laurenlaass - Is it Christian music?

If my parents build up an alcohol tolerance or dependence in my small little body, i’m gonna be a monster.

Go ahead and breed the cutest and rarest monsters you could ever imagine! Master them and teach them different skills! Create your special monster kingdom on the floating island in the sky. .

@Victor_Lucas I mean, getting the vaccine is definitely on top of my list. Monster Hunter Rise close 2nd..

I read this in Rick the Hormone Monster’s voice .

@RadioFreeTom I'd take just about any Star Trek villain over Trump. You name it -- Harry Mudd, Khan, Trelane, the Gorn, the Horta, or even that salt monster. As long as it had a steady supply of salt, it would make a much better POTUS than Trump..

@yutoesss you wanna get some monster icecream with me 😌.

WHAT THE FUCK MONSTER DICK IS REAL.

What do you think Monster song lyrics? Can you share your thoughts and listen experiences with other peoples? 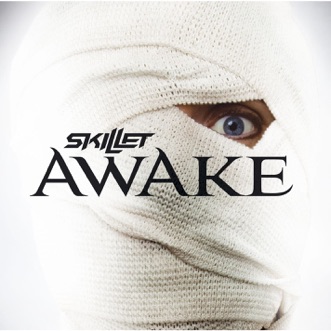