I wanna buy it just BC lol

His best album ever, hands down! I doubt he'll ever make another one like this…no fillers! You can listen to this track after track, nonstop!

10 years later this CD is still one of the best ever made. Ushers voice is beautiful. I can literally listen to every song over & over again.

I 4get my real name - #awesome

This album is a classic he had so many hits off of this album! Just Classic!!!!

Heard confessions part 2 by Usher on 102.7 KIIS while driving to work this morning (April*21*2014 9:20am ish local time) I can't believe it has been 10 years since it was released I even still remembered most of the lyrics. I was happy to hear them playing such a old song :)

Tamika17 - Listen the whole way through

I love this album. You can play the entire cd from start to finish because each song is a hit!!

Usher is a good singer

Confessions is a musical masterpiece!! One of the greatest albums of all time!!

Skippy1386 - JT will NEVER have a Confessions Album

Numbers don't lie! Confessions was one of the baddest albums of the 2000s! Has not been duplicated since! This is the album that settles the Usher vs JT debate in my opinion.

Yeah was the only song i liked but it was really good. It is not usher that I do not like. I do not really like RB/soul

All of the people out there who listen to and or enjoy this type of whatever the hell this is because I refuse to call it music are just full fledged it idiots, this it not real music and I pity all those who think it is, the culture of our society has been ruined by crap like this and things related to it. Want some real music let me throw some suggestions out there... Led Zeppelin, Pink Floyd, Neil Young, Bad Company, those are all true artists and bands. Yeah it from the 70s and 60s but is still better than what we have now, that's not just personal preference people that's the truth.

I think this is Usher's best album when he was in his prime. Just a tad better than 8701!

This is his best album ! This is one of the best RnB albums of all time

Heard this on the radio and loved it so much! Amazing song I definitely recommend this! 👍

This is some of Usher's BEST work...... Hands down. I wish Usher would go back to his R&B roots, and let Chris Brown have that tech [email protected]*t.

Usher is better than randy jackson kind of

Liked this album first time I heard it.

JoeBobRewls - One Of The Best

In my opinion, this is the second best work by Usher, but still is a masterpiece. My favorite tracks from Confessions are Yeah!, Burn, and My Boo. I'm really addicted to today's music and if you like what is being made now, you should definately listen to those songs. They are very catchy and fun to sing along with. Great album!

Use to have the cd listen to it everyday

LTDub19 - The Thriller of my generation!

This is Usher's in his prime BREAKOUT album all around. As Thriller was for his idol the king of Pop Michael Jackson, Usher follow the same main idea of the coming of mega breakout superstardom. With 20+ million copies sold wordlwide along with multiple hit singles & multiple grammy awards, it's easy for me to say this a definite masterpiece.

Repurchasing this album in 2013 because they don't make R&B like this nowadays. Such a solid album.

Cannot express how much I love this album it's great!

I never get tired of listening to this album and over !!!

It's 2014 and I just bought this classic usher album!

Ms Shonda - Love them but confused!!!

It's no doubt about it that I love Ushers songs... Lying here listening to some if the songs and trying to figure out which one I want to buy for a ringtone for my sweetie... And it's crazy bcuz I can't figure out which one to choose..oh well I guess I'll have to put my childhood thinking cap on and play EENIE MEENIE MINEE MOE!!! 💋 to Usher!!! 🙈 (blushes)

Every track on this CD is hot. I wish Usher brings back this kind of feeling back to his music. After he married his ex-wife his music went downhill. Stop showing off your body.....and come out wit some good musicman.

Hands down my favorite R&B albulm

I've been listening to this since I was two. It is still my favorite. SEDUCTION

Graffiti Soul - Right In The Feels

Nothing left to say. This project changed R&B yet was one of the last great albums of its time.

Heard confessions part 2 by Usher on 102.7 KIIS while driving to work this morning (April*21*2014 9:20am ish local time) I can't believe it has been 10 years since it was released I even still remembered most of the lyrics. I was happy to hear them playing such a old song :)

best song eva buy its so worth the money

I thought it was pretty good

Probably one of the best albums of all time. A classic.

Blaq out - Greatest RnB Album Of My Generation

Superquickkill - Best song is the 2nd one

What do you think Yeah! (feat. Lil Jon & Ludacris) song lyrics? Can you share your thoughts and listen experiences with other peoples? 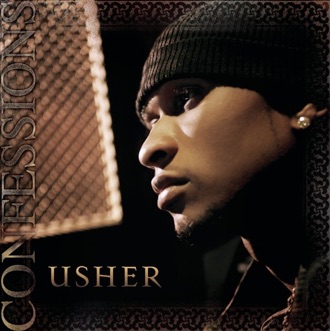