If you would of taken the song “Where are we going” and slowed it down and you would sing it like a country song you could of had a real winner in that song. Tempo just too fast on the songs and what’s your hurry. Not the best for sure.

This is not what country should be.

Idaho Country - What She Wants Tonight

What an awful song. Self indulgent, egocentric bull$h!t.

No two of Luke Bryan’s songs sound a like. I love love love his music, and his smile. It is a shorter album, but he did tell us that before it can out! “What She Wants Tonight”, and “Little Less Broken” are my two favorites right now, but I have now doubt that the ones I don’t know will grow on me too

This is more like an EP than a real album. 10 really quick songs at a whopping 33 minutes. I would not buy this at 12$ maybe you buy this at 4$. I am a fan but come on Luke try putting a little more effort into your records

DANTHEMUSICMAN23 - What she wants tonight

Is the only decent song on this terrible album! His last album was just as bad as he seems to be searching for a musical direction. Get back to basics, stop trying to please everyone, and start making good music again!

Not a fan of Luke Bryan’s music, but this is a pretty good album. Aside from a couple of songs (like Knocking Boots), this is actually a genuine country album with meaningful lyrics and actual instruments. Hopefully, this is where he goes more in the future. Might have to change my mind about him if he does.

i love one magarita 😍

Not sure why everyone is jumping all over this album with their negative comments and or opinions? I will say that I enjoy some of Luke’s older music more than this album but “What she wants tonight”, “One Margarita”, and “Knockn’ Boots” are fun songs to sing along to. Is this music the same as his other songs/country style...maybe not but, it’s still good to listen to. Everyone calm down and enjoy the new album.😊

I feel like the songs that didn’t release early are underrated and really give the album a body.

DISCODAZE - Luke are you Country or Pop?

How is this number 1 on itunes? It doesn’t make sense. I like Luke but go Pop or stay Country? Pick a lane 😏

This is his best album since Tailgates & Tanlines... much more traditional sounding than most of hos stuff

He can’t sing ! He thinks he’s hot but he’s NOT

STREAM MOVE YA HIPS - Not the bots

I like how people are just now surprised that this album is pure garbage. He has been putting this non-country trash out for years. Move along, nothing to see here, especially if you were looking for good "Country" Music.

NO WAY THIS PASSED FOLKLORE... ITS THE PAYOLA FOR ME-

This album is amazing. I don’t understand when people hate on him. It’s like this is his music and your not changing what he likes. He’s amazing and so is his music!✌️❤️

Kmahaters - Luke Bryan did it again!

The best County Singer out there!! I love how raw this album is. Great work again Luke Bryan!

better the old one - Most songs are good

One margarita is terrible but others are great

It pains me to give such a low review because I really do like LB and have been a fan for many years ...this album just doesn’t do anything for me. I don’t “feel” the music ....it sounds like everyone else (FGL, Chesney,) and it sounds like he’s just making songs to put an album out and that’s a shame because he is a good artist.

Luke is the G.O.A.T. 🐐 🐐 🐐 these bad reviews are from fans of washed up country that no one listens to. Let’s have some fun - Luke is keeping this genre alive. Bro country, shmo country. It’s have a good time country and that’s all many people care about. Take your negative energy elsewhere. #LLL (Long Live Luke!) - keep the hits coming.

Great variety on this album from fun singalongs (Knockin Boots, One Margarita) to songs with depth (For A Boat, Build Me a Daddy). He’s puts out enjoyable country music, is the best performer I have ever seen, and a truly nice person/role model. Ive had the pleasure of seeing Luke 8 times in concert, meeting him, & will always be a fan! 5+ Stars!

LB ran it up

LAFan30 - Good but not Great

One Margarita and Knocking Boots were the best songs on this album. The rest were okay but we need more catchy song along music from Luke like Kenny Chesney. Don’t waste your time reading all the 1 star reviews because you can tell how they are fake with all the random symbols and numbers. Crazy how people just spam nonsense on reviews.

The actual new songs that came out are great. This needs more songs badly.

This is so bad

He fell so hard w this album.

ripskid - Luke Bryan is my favorite 🤩

This album should be labeled “Pop”. I usually love his songs but all these songs sound like rejects. Oh and what even is One Margarita?? That song is just awful 😔😒🥴🤧 I was looking for something better but this is terrible.

KaraK_JustTheLetterK - One of the best of 2020

Used to love your stuff, even if it was a little cheesey, but this is just overproduced electronic crap, probably the worst I’ve heard of you yet. (Edit after full release): The other non-single songs actually aren’t bad and have some substance to them. Just barely enough as a whole for a 4-star rating, so good job on the rest of the album Luke.

The Women of Country are constantly reinventing themselves. This man continues to make the same songs and albums every time, and this one might just be the worst one. Why does he get praise when the women don't? I'm tired of Luke, he can retire already and I don't think anyone will complain.

I love Luke and I love his music! I LOVE What She Wants Tonight, Hey Margarita and Knockin’ Boots and I love the rest of the album! He never disappoints!

With the exception of little less broken build me a daddy born here live here die here for a boat and one margarita this album is one big let down. I was hoping he’d veer away from his more overproduced songs but unfortunately he didn’t

We talked all night, made me a delicious margarita haha, did his dj stuff and time to close came. I asked him if he wanted to have lunch one day, said yes but we had to cancel due to midterms but I did went to his second dj party ->.

@BlancaMelchor @BacheloretteABC I ❤️ Tayshia’s part of the season. I think it might be one of my most fav in the entire franchise. Haven’t seen Matt James’ season. Sort of waiting for 5 episodes to go by until I have enough material to decide whether it’s something I want to watch or not. LMK how u like it!.

I said that I’m gonna cut out alcohol completely but all I’ve seen is margarita talk, now I want one.

I remember one time when i worked at tillys i played Selena’s Como La Flor and my old manger goes “oo this is so exotic. makes me want to sip a margarita” haha.

Since there’s no one here to stop me, I’m having a second margarita.

Hello i am one jumbo strawberry margarita and three glasses of red wine deep someone come talk to me about yoongi's hand veins.

@alex_ammi Oh... small sips and I like it cold, usually with an ice cube that will water it down if it’s hard to drink. Honestly, I bought a nice blender this year and I make a mean frozen margarita, daiquiri or pina colada. Damn, now I want one, but don’t have fresh fruit..

@NiggaferLopez The margarita making pregame sesh is one of the most fkkd things EVER!.

No one: *Me singing 505 at the top of my lungs and letting my dogs outta my room and not knowing my tio is outside the door* Me: screams My tio: shhhhh I brought you a Margarita on the rocks mija Me:😆😆.

What do you think One Margarita song lyrics? Can you share your thoughts and listen experiences with other peoples? 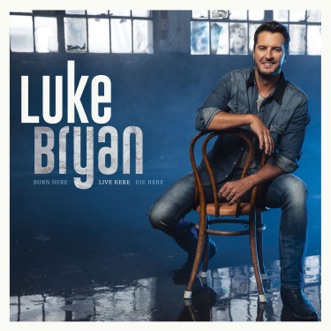