Young thug no no no

I feel like I can relate a lot to the song

Young thug is so perfect on the song, don’t know what y’all are saying

He never fails to impress me 💕

yeah i love this. young thug is gets an eh from me tho. he was unneeded on this kind of song

Every time I here this song I just want to keep on listening to it. One of Post’s best songs if not the best!🔥

wow was better but this song is still pretty decent... also young thug sounds like you're squishing the life out of him as the song goes on😂 but good ole posty is AMAZING as usual!!

post did a great job; the beat is sick and I can feel him in his lyrics

I think it’s a great song. Young Thug isn’t my favorite, but I don’t mind it. HACCUFF!!!!!

This song is the best song that Post Malone has made.

Catchy and typical Post sound, can feel his lyrics in the music. Feature had potential, but I felt Young Thug was a bit off (reminded me of Blueface in the Westside feature) and the auto tune is too screechy on his part. His lyrics are way less thoughtful and he even seems to blank what he’s doing going off like “ye ye ye ye...” into the last chorus.

Young thug was pointless to have on this track.

gjb140 - Better if it was clean and no guest feature

As the title says, the guest feature ruins this song, and the swearing is unnecessary. Decent song otherwise. Not Malone's best.

Worst decision one could possibly make is put young thug on the track. His voice is so annoying.

This song would be really great without Young Thug. His presence in this song is unnecessary and unwanted.

I just previewed the song and was blown away then.... yeah!!!! homeboy got on the track and ruined it for me. Should’ve picked someone else...anyone else

I really wish YouTube would stop demonetizing your videos though. It’s making me sad😔😭

I know people aren’t happen with young thug in the song but honestly it would feel kinda lonely without another person. So it’s kinda underrated in my opinion

This would have been the song of the Summer but Young Thug completely ruins this track... how he is actually paid to do music is baffling to me. I literally want to claw my eyes out when young thugs voice goes into a higher pitch.

Yeah! I would rather listen to this than “Old Town Road”. But, Young Thug is okay. I love you Post Malone.

This became my favorite song!!!

Swavoski - One of my new favorite posty songs

This song was great and I can’t wait for the album. Well done posty.

Love you bro always can count on quality content from you, however the reason I only gave this 4 stars is because of the feat. from Young Thug. You sound way better solo bro.

stoney. great. beerbongs and bentley’s. arguably on a different level than stoney. then he drops wow and i think the song speaks for itself. and now he drops this, he can’t be stopped! honestly a top 5 song for him. the vibe, the vocals, and thug works surprisingly well on the song. i love him so much on it even though most don’t and the cohesion between the two is truly something to behold even though at first glance it may seem odd to some. 10/10.

Remake the song with out young thug

Sounds bad and has no flow in thugs verse.

I think I'll pass on buying this version. Hoping and waiting for a new version without Young Thug's annoying vocals on it. If this was all Post Malone's Vocals I would have purchased it right now.

Young Thug makes you want to skip the rest when he starts doing whatever it is that he’s doing on this track.

eXOtic_Tayla - Why does Post always have to feature artists ?

He’s strong enough to be on his own Half these artists he features are awful and ruin the song. Young thugs part is awful !!!!!!

This is a great song I play it over and over I would recommend. 💖💖💖💖💖

AT40 Fan - Sounded good until

The profanity came in.

Malone has shone to become better and better

Decent and catchy song, but young thug messes it up.

every track Austin makes is a hit. all the love <3

What do you think Goodbyes (feat. Young Thug) song? Can you share your thoughts and listen experiences with other peoples? 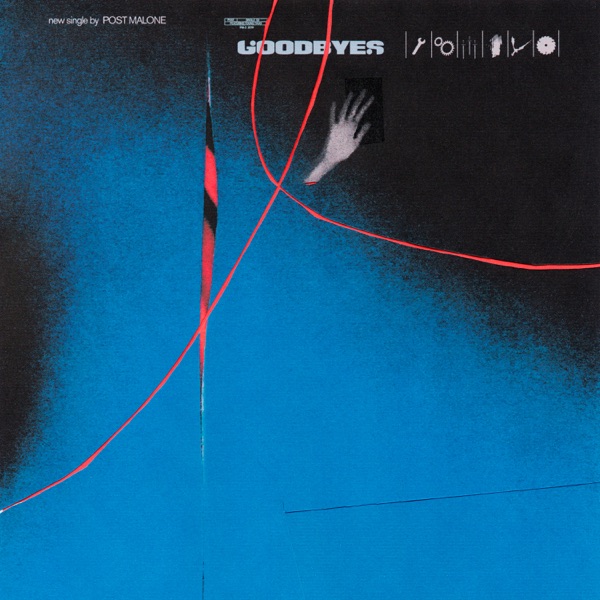