I listened to this album so much that my roommates tried to hide it from me. "Glass Concrete and Stone" is one of the most beautiful songs. The tracks have a fluency to them and sink one into the other - for that I really recommend buying the whole album.

Stella May - True Genius at work

David Byrne is someone whom actually DESERVES the highly over-used label of "genius" and "artist". I found this album only after viewing the film The Secret Life of Words, for which "Tiny Apocalypse" is the final song to an amazingly poignant story, and boy am I glad. The entire album is brilliant. Thank you David. (From a fellow RISD-ite.)

This man is an ecclectic musical genius. You must love this album. Get it all!

This was one of the best albums of 2004. Byrne shows no fear in pursuing various musical styles, and creates some impressive results. Outstanding songs to mention are "Glass, Concrete and Stone," "The Man Who Loved Beer," and "The Other Side of This Life." But nothing beats "Lazy," a fun song with an infectious beat and a funky string quartet.

David Byrne has neither the voice nor pronunciation to cope with Bizet. It's an injustice that fame rather than talent motivates someone to outsell competent singers of this genre. David should confine himself to pop music and let Bizet rest easy in his grave.

Artists should stick to songs within their compass. 'Au fond du temple saint' from Pearl Fishers and 'Un di felice eterea' from Traviata require a belcanto voice and correct pronunciation. David Byrne has neither and the result is embarassing - he should listen to Russell Watson.

A brilliant album, and up with the best of his solo work. Highly recommended.

An album which could not be mistaken for the work of anyone but David Byrne. A very eclectic mix. The album has a style and feel reminiscent of the Talking heads `True Stories' album. There are some good tracks particularly `Dialog Box' with its funky feel and `She only sleeps'. David Byrne, however makes some dreadful mistakes on this album; `Au Fond du Temple Saint' and` Un Di Felice, Eterea' are toe-curlingly bad. Someone should tell David to never attempt the operatic genre again ... please. As Dirty Harry once said `A man should know his limitations' Overall a good listen if the two operatic songs are swiftly bypassed.

David Byrne's last studio album of songs was released with the excellent Nonesuch label and DB clearly feels at home with the eclectic mix of artists. This album is wonderful. The opening track was used in the British film 'Dirty Pretty Things' but sets the tone wonderfully here as the album opener. From there we have a glorious Lambchop cover of 'The Man Who Loved Beer' and then the first of the opera tracks. You'd think that DB doing opera would be a bad idea but the things is that it actually works. He's chosen the tracks well as they were, in their own way, pop songs of the day and DB lets them shine here like never before. 'The Other Side of this Life' is a great attempt at a show-tune and wouldn't be out of place in the West End whilst 'Why', 'Civilisation' and 'Astronaut' are small songs about big ideas. 'Glad' is one of Byrne's listing songs and sounds like a Sondheim, Bacherach or Randy Newman. An extended and orchestral dance version of his hit 'Lazy' closes this eclectic collection of songs and styles. A great album for long-time fans and an excellent introduction for newbies.

What do you think Grown Backwards album? Can you share your thoughts and listen experiences with other peoples? 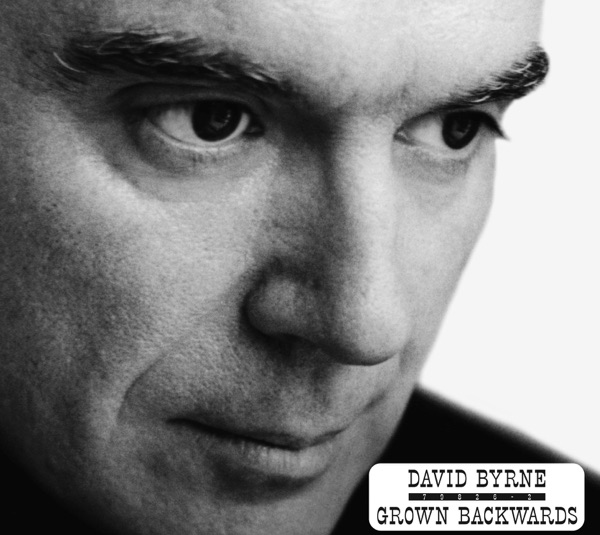