The Very Beast of Dio by Dio Album Reviews

I don’t know why I’m here. Forgive me me. It’s the tenacious D! Dio can you save me? THE METAL

Some jackass spoofed the artwork that was downloaded from Itunes. The album shown isn't what comes up on my play list! some black man in a top hat is whats there. I think it's disrespectful and should be addressed. I tryed to change it to the album artwork and it wont let me ...... really pisses me off.

Do you want to find the Fountain of Youth? Just press play on this album and be instantly transported back 30 years and remembering all of those crazy, good times. We rock!

Ozzyluis - Best of the Best

I saw Dio twenty years ago or so as a teenager I had my first taste of scotch and I was front and center and I gave Ronnie the devil horns and he smiled and did it right back. Thanks Ronnie for all the great music you are the creator of heavy metal!!!

THE epitome of metal. Although this mans voice never gained the popularity of those such as Ozzy or Hetfield, RJD was the perfect vocalist for this particular style of music (as well as others IMO!). I feel as if RJD embodied what metal is supposed to sound like. When I hear his voice I want to storm the gates of a hellish medieval castle while riding a bloodhound directly out of Satans basement! I love this guy!

This is a great album he is a heavy metal master, but where is The Master of The Moon???

IT CAME FROM THE 80'S - POSSIBLY THE BEST METAL SINGER EVER!!

RONNIE JAMES DIO........One of the top 3 Heavy Metal singers of all time.....( Halford, Dickinson, and Ronnie James Dio) IMHO.....If you're new to Dio, I suggest you start here as it has all his best songs from his solo career before diving into the meat of his albums or his work with Sabbath or Rainbow........RIP Ronnie James Dio!!!

This album has every RJD hit!

I feel this is a perfect place for some one who wants to get into Dio's solo career to start. The only song that I feel that should be added is All The Fools Sailed Away.

dio and iron maiden are the two gods of heavy metal !

as I write about how awesome Dio is I listen there music.

My dad named me after Ronnie James Dio and I'm not surprised why...he died on my 16th birthday and I can't help but feel I'm destined to listen to his music...he is a god amongst musicians/artists

Ronnie, why did you have to leave us?? We love you!

I was in best buy with my dad checking out some cd's. on our way out, i heard my dad utter the words that would forever impact my life. "oh look, it's dio!" he picked up this very album, and as i stood there with a puzzled look on my face, he told me i should get this album. "uhh... ok" was my reaction. as i was going through the album... the way i viewed music began to change. rock wasn't about having a good time, and throwing the biggest party anymore. it was symbolic, and deep. Dio spoke of things that mattered, and made you think, doing so with the biggest voice i've ever heard. if you're new to RJD, this is the place to start. get this album. NOW!

When is iTunes going to add Hide in the Rainbow? I've loved that song since it was in Iron Eagle, but haven't been able to find it.

Crazy Ninja Guy - thanks to Dio

The god of metal to my ears may dio rest in peace and may all get to hear his music for it is truly the best music ever made. thank you Dio.

I cried when I heard about it. I can't believe he's gone...

I also wasnt into DIO other than the last in line song...But its weird him passing away and now all the shows on how cool and laid back he was.Im kicking myself for not seeing him live. But his songs and the message he always told everybody to be gratefull to everybody and for what you have cause it could get so much worse! RIP Mr Dio you are and will always be a great singer and teacher to all.!!!(Malocchio)

Wow.....just seems like yesterday when I watched as Ronnie thundered away as an opening act for Iron Maiden in Germany, but that was so many years ago in the '80's---then again to witness his brilliance at "Das Tonhalle" in Munich just before Christmas. This guy was perhaps one of the most underplayed of all true metal icons. His voice was incredible, with wavering perfection on those long high notes and lyrics. A true master of dark metal in all respects. Ronnie, you will be sorely and sadly missed by your many thousands of fans......"Ruhe in Frieden, mein Bruder", or Rest In Peace, my Brother!

One of the best rock vocalists of all time! Dio thank you for what your brought to this world!

Sabbath Rainbow he sang with the best RIP Ronnie

How can you not have this album? If you were a young adult growing up in the early 80's, you had Dio in your collection! RIP Ronnie......

best of dio!!! he will live on forever RIP dio

Dio, we all miss you. I am sad but I am very glade you will live on. Good album! RIP Dio

What do you think The Very Beast of Dio album? Can you share your thoughts and listen experiences with other peoples?

The Very Beast of Dio is the second greatest hits collection CD from the American heavy metal band Dio. The first to be released in the U.S., it has sold over 1,400,000 copies, according to SoundScan. As of 11/03/2009 it has been certified Gold by the RIAA, having sold more than 500,000 copies in the US.A followup to this compilation was released on October 9, 2012.. 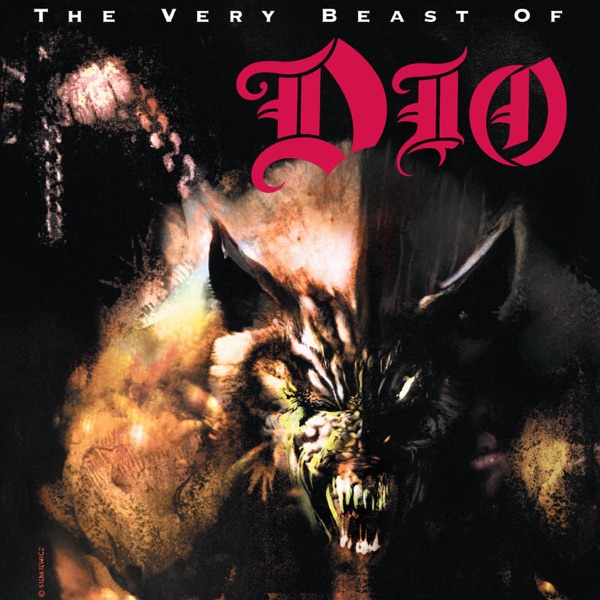