What do you think The Off-Season album? Can you share your thoughts and listen experiences with other peoples?

The Off-Season is the sixth studio album by American rapper J. Cole. It was released on May 14, 2021, by Dreamville Records, Roc Nation and Interscope Records. The album was executive produced by Cole, Ibrahim Hamad, and T-Minus. It also featured guest vocals from Morray, 21 Savage, Lil Baby, Bas, and 6lack. It became Cole's first album since 2013's Born Sinner to contain guest features. Production was handled by multiple producers, including Cole himself, T-Minus, Timbaland, Boi-1da, Frank Dukes, DJ Dahi, Tae Beast, and Jake One, among others.The Off-Season was supported by two singles: "Interlude" and "My Life". The Off-Season was accompanied by a twelve-minute short film upon its release titled, Applying Pressure: The Off-Season Documentary. The Off-Season received positive reviews from critics and topped the US Billboard 200. It sold 282,000 album-equivalent units in its first week, earning Cole his sixth consecutive number-one album in the country. At the time of its release, The Off-Season achieved the largest streaming week of 2021, accumulating over 325.5 million streams. Four songs from The Off-Season debuted in the top ten on the US Billboard Hot 100; every song on the album charted in the top forty.. 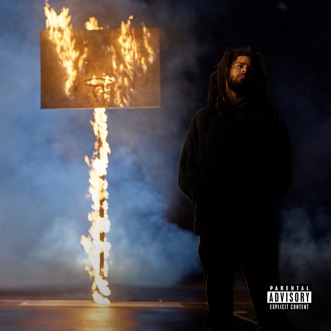