[email protected] have released Women in Music Pt. III Expanded Edition, including a Taylor Swift-featuring remix of Gasoline. Revisit our interview with the sisters below. .

🎧 @HAIMtheband have shared the expanded edition of ‘Women In Music Pt. III’ featuring @taylorswift13 and @Thundercat 🙌 More in @NME 👇 .

To close out #NewMusicFriday #Haim released an expanded edition of their Grammy nominated album “WOMEN IN MUSIC PT. III”! It features collaborations with #TaylorSwift and #Thundercat. Hear the NEW #wimpiii here: #GasolineRemix #Gasoline .

'All Hail Haim'...if @HAIMtheband are giving us an #ExpandedEdition of #WomenInMusicPtIII featuring @TaylorSwift13 and @Thundercat remixes, then we're giving you an expanded edition of our review of last year's album of the year... @JizzieMcGuire #WIMPIII .

Out now: Haim revisited their Grammy-nominated "Women in Music Pt. III" album with a new expanded edition -- featuring Taylor Swift (on "Gasoline") and Thundercat (on "3 AM"),' making an already stellar album even better. #HAIM .

What do you think Women In Music Pt. III (Expanded Edition) album? Can you share your thoughts and listen experiences with other peoples? 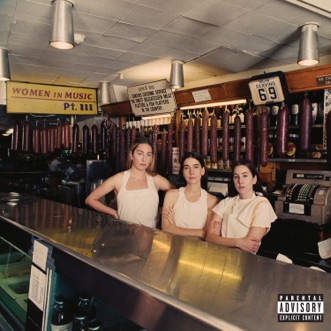