Man On the Moon III: The Chosen by Kid Cudi Album Reviews

Soo glad he’s back! Been over-playin’ it since release...

Cudi really improved the raps this time around. The production was beautiful as well, modern sound with a Cudi twist. Did not disappoint! Love this album.

ThatOneGuy221 - Album of the year

Kid Cudi is literally my idol

To anyone that liked MOTM I and II, this album is great. It is uplifting. It is relatable. It has the quality spacey instrumentals. You can hear some of Cudi’s less popular albums influence some of the sounds on here as well. I love it. 10/10 for me as a fan.

CMU Chipp - Why isn’t Cudi on the Radio?

Same reason why the government keeps aliens a secret, because the world isn’t ready. We aren’t smart enough to understand.

Kdogg the rapper - This is great and fire first time I have listened to it and I love it Kid Cudi you are the goat!🔥

Love it keep up the good work I recommend this album

Worse than Speedin bullet, sounds like travis scott. I actually enjoy most of Cudis music, from the motm’s to passion pain. But this album is uninspired, not creative, etc. what set cudi apart was that he made unique music. He made a ‘godfather III’ presumably because he took too long to make it.

i have always supported him and been a fan super happy with this!

This isn’t even a man on the moon album, not even a Cudi album. Just an album with uninspired “music”. Wish I can leave zero stars but one will do. Such a disappointment.

The more I listen, the better it gets. It’s genius. So much attention to detail and uniqueness went into this album. Very impressed.

Kid Cudi has always shown that he can be very versatile but in this album he also showed his lyricism. With subject matter more deep the MOTM 1 and less dark than MOTM2.This album get serious with its versus like Indicud, but still remains fun like his first album. I would dare to say that Kid Cudi is in a much better headspace than he has been in recent years and it definitely shows in his music.

Kid Cudi proves that you shouldn’t ever count him out, especially when the energy and heartfelt emotion behind this record is overflowing. Musically he reunites himself with the reminiscent sound of the first two motm albums with the much welcomed help of previous collaborators in the series. Cudi leaves himself room to modernize his sound, but brings in his own unique groove to it. I disagree heavily with what some music critics said about the first half of the album being misplaced, I feel like they missed the greater idea behind the Mr.Rager duality (the rise & fall dynamic, think “Pursuit of Happiness”). But really it’s their own fault for underestimating Cudi and misunderstanding how the concept plays perfectly into the progression of the motm musical journey. I couldn’t be happier with how the trilogy turned out and I sincerely hope Cudi continues, because his potential is limitless. Also, if you are just getting back into him as an artist again I highly recommend the albums “Kids See Ghosts” and “Passion, Pain & Demon Slayin’”. Cudi I hope you don’t ever let the haters get you down. You taught me to always believe in myself & your self conscious lyrics and rap have helped me reflect further and grow. Thank you so much for everything 🙏

Album of the year!

He is the Chosen

Amazing I loved it. I listened 2 the entire album 3 times in a row lol

Love this album and if u haven’t noticed SAD PEOPLE is my favorite!

Man I’ve been waiting for this Cudi sound again for a long time.. especially when he dropped the joint album with Kanye! My one small and I mean small complaint is the album title and no moon man songs!

mixed_kid6 - First I have herd of him

No clue where this guy came from but thank gosh I found him.

Kid Cudi really outdid himself again with this one. The frequency flows through him with everything he makes. He’s still out here making his own waves and touching us on a personal level with his music.

This album is complete trash

So I never really liked cuti, it always felt like he was some weird alt rapper, but this is wonderful, from skeptas heat verse on show out, to all the others, this is simply a work of art and is a very good ending to trilogy

I love how poignant the songs are. Has a “good vibes” vibes to it. I just love the whole album!!

Best tracks that sound like old Cudder are Another Day, Solo Dolo 3, Pale Moonlight so check those out for sure

People saying he lost it don’t know nothing :)

This album is God.

I’m sorry. I do not have the breath to clap back at some of the 1 stars here. Listen to it and ask yourself how this album is bad?

This album is savagely beautiful.

The guy above me is retarded this album is AMAZING

I’ve been waiting a long time for this album and it’s finally here!!! It’s been on repeat and definitely Top 5 album of 2020

The fiasco - Thank you Scott

connor flight - Worth the wait

Cudi is back with this one

TheMamba07 - Album of the YEAR!

Perfect ending to a disastrous 2020!

I’ve listened to this album at least 15 to 20 times now and it hasn’t even been out a week yet. I think this might be your best album and also the best album I’ve heard since “Watch the Throne”. Thanks for Scott!

You album is 🔥 You saved me again love you Kid

I’m a big fan of Cudi since 2009 and following his journey through the ups and downs. Everyone has been waiting for Cudi to make a come back and this album is bringing him back to the roots but he’s grown as a man and more fulfilled and happy. This album sounds just like his “Great hits”! 2020 is ending with the album we’ve all been waiting for. THANK YOU KID CUDI!!! 🙏

hyperlite11 - Awesome after you...

Thanks for making this Cudi. I’ve been with you since the beginning. You’ve had a lot of albums over the years and they’ve all had a lot of different flavours. My opinion is that you’re not in the same headspace as vol 1 and 2 so the music is different. I feel that half of this album is true moon man, but the other half at times feels a lot like trap rap and the influence of the new generations of rap music which I just can’t get into (lawn sprinkler effects and beats). All in all I have a handful of new moon songs to take with me for the rest of my life. Thanks Mr. Rager,

The description says it all. I’m grateful to live in the same “reality” as Cudi❤️

An amazing continuation of the trilogy. Kid Cudi has solved so many problems and brings peace to people’s lives when there are no other means!

@pop_Jd Man on the moon III: The chosen - Kid Cudi.

Man on the moon III: The chosen.

Kid Cudi excited fans with the return of Man On The Moon III: The Chosen .

@mike__shady After Hours y Man On The Moon III: The Chosen.

Wishing everyone a Merry Christmas, especially @KidCudi ! Thank you for blessing your fans with the best gift of all, Man on the Moon III. This album holds a special place in my heart, thank you for everything you’ve done for the culture and 4 da kidz. Merry Christmas Chosen One!.

What do you think Man On the Moon III: The Chosen album? Can you share your thoughts and listen experiences with other peoples? 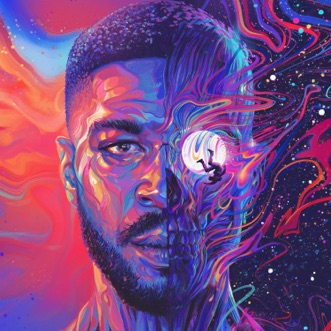 Man On the Moon III: The Chose... Album Credits

Man On the Moon III: The Chosen Similar Albums