I’m such huge T.I Fan but what a huge disappointment this album is. No head bangers drop the top type songs. No Jeezy? No Chamillionaire? No Ludacris? I mean the album lacks a lot of producing the beats are not great. Let’s try again next year.

Solid album but the chick they have talking on nearly every track is annoying. Dave Chappelle was way better in Dime Trap.

Chrixtian3 - The King is back

Definitely one of his better projects in a long time! High on relevant content.

After listening a couple of times I’ll say it’s a great album. Some songs TI would be going off, and all of a sudden some terrible rapper would kill(in a bad way) the track. I would’ve liked it more with fewer songs with more TI verses.

I’m just reviewing this because of the dude hating on Denzel, 21, and Killer Mike 🤦🏻‍♂️ Can’t imagine how one can hate on all 3 lol. Decent album by TIP tho.

I love all of the spoken word and commentary. So much knowledge in this album. Libra energy! Educate our people! I didn’t like the switch up in the voice on Pardon, sounds like Autotune, but other that, I love the album. I can’t believe it didn’t chart higher (#1) on the first day because this album is educational and solid. 💪🏾

Worst album of T.I in my opinion. His voice and delivery sounded lazy! I wish he sounded hungry like he did on Trouble Man. Trying to change his style to the new school isn’t working well. Stay true to your sound Tip. A lot of people will say this album is fire... listen to his other work and come back you’ll hear the difference. Maybe 1 or 2 songs were alright but not what I expect at all. A lot of features but they don’t make up for what this albums lacks. I’m a huge T.I fan and I hate writing this review I honestly do. Idk I miss that hungry Atlanta Rapper who was king of the trap and I actually understood what he was talking about.

The King is back!!! This album gives me old T.I. vibes, but you can also see his maturity. He’s dropping lyrical jewels to wake up his people, but he’s also telling us, that even though he’s not the street dude he use to be, don’t get it twisted, he’ll still check you. You can tell by the lyrical content of this album, that T.I. has definitely matured. He still has his street savviness, & smooth style, but his content has changed. He’s evolved as a man, & his goal is wake up & educate the masses, but still entertain us.

Classic in a matter of time

T.I. Never disappoints or misses a beat. Great album from start to finish.

jadenisabeast23 - Not feeling this one

The Legend Is Back Running Atlanta

I like T.I. but some of these features, Young Thug? Lil Baby? Jeremih? 21 Savage? 21 Savage is absolutely retarded! Even at his best, he's still painfully terrible and sounds like he has suffered brain damage. Why would you put such a horrible rapper on a song that is supposed to be meaningful? T.I. can still rap when he wants to and has a way with words but some of the lyrics and messages on here are problematic. I swear so many famous rappers and celebs are showing their true colors now with everything going on today. This is shown on the song with the very hypocritical Killer Mike.

L.I.B.R.A T.I still fucking with these beats, king of the south I stand!

@sabrina68 DNC: are center-right politicians who put corporations over people & use the far right GOP as cover for…

What do you think The L.I.B.R.A. album? Can you share your thoughts and listen experiences with other peoples?

The L.I.B.R.A. is the eleventh studio album by American rapper T.I. It was released on October 16, 2020, by Grand Hustle Records and Empire Distribution. The title, which references T.I.'s zodiac sign, is also an acronym for "Legend Is Back Running Atlanta". The album was preceded by two singles, "Ring" and "Pardon", featuring Young Thug and Lil Baby, respectively. . 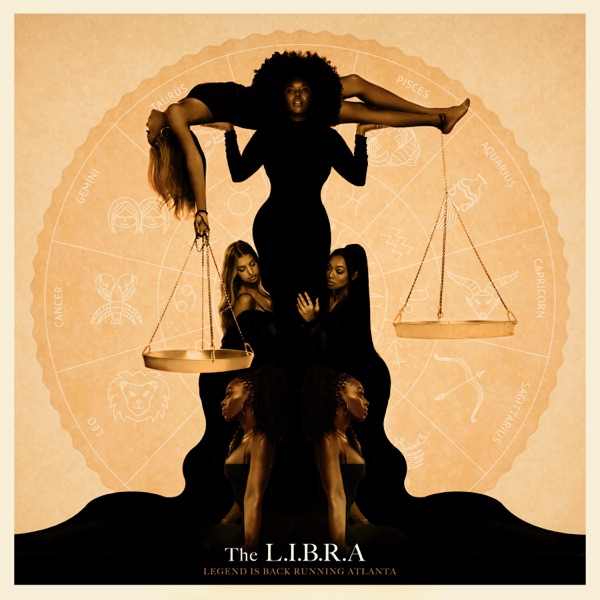