I cried at the end of The Mystic Crystal, thanks for being there for all of us NSP

Doin math at ur parents house

Once again NSP outdoes themselves.

I’m a big NSP for a very long time and this album is my favorite so far! It has all the right songs it’s got comedy and my first time listening to “Wondering Tonight” I wanted to laugh and cry at the same time. The Mystic Crystal is a masterpiece of a song, it’s spectacular! Believe me if I could do more then 5 stars for this album I would!

Ian the Prophet - Danny and Brian deserve all their success!

This album comes from a long line of music that aims to make people laugh and be ridiculous. If this is your first foray into NSP, don’t stop here!!! Wondering Tonight is easily my fav off this one

Darth Sevren - The Prophecy is true!

NSP has released a masterpiece of an album. I have purchased all of their albums over the years but this one is by far their greatest work! “I want to do math with u”, smooth jam of the year! NSP well done, sirs!

Just like with all the other albums, this one rocks your socks off then puts them back on gently just to rock them off once again. The Prophecy is another great edition to the NSP collection. Pull an all nighter if you have too but don’t sleep on this rocking album. Prepare yourself because once you buy this album your mom has a 110% chance of sleeping with Danny while Ninja Brian murders your dad; as it says in The Prophecy.

NSP does it again. I have yet to find one song that doesn’t make me smile and look forward to listening to this all the time at work. Thanks for the good tunes NSP!

A dorky superhero and his stoic ninja friend unsuccessfully try to pick up chicks. The band is named after the three things everyone likes. Buy this album and you wont regret it.

Every song on this album has a great mix of comedy and instrumentals that will have you listening time and time again. The Mystic Crystal tells a great story, and has kick butt drumming! Each track sounds distinct from the last, and they don’t stay in one melody too long. Each song will have you guessing on what’s next, and you’ll be laughing too hard to see it coming.

Loved NSP for 5+ years now! And being a huge Frank Zappa fan NSP has over the years continued to bring their sound to a level that now I compare them to the Zappa man himself! Love you guys!

After 8 albums I didn’t think NSP could make my junk anymore hard than it is (it’s about Washington Monument levels) but I’ll be an uncles monkey because it’s about to touch tips with the moon.

Can’t believe that this is still the same band that made NSFW. That album is still amazing (and you should totally check that one out too) but lately they’ve been taking their new music to the next level, with each new album better than the last. This one is gonna be their best yet!

I’m so proud of these guys! Their best work to date.

The songs on this album are all of incredible quality! Couldn’t ask for anything more!

@djinr8 yeah... i was literally at full health and death defiances going into the last fight :') at least i still got the prophecy done lmao

while reading proverbs 29, i found a ""prophecy"" that i wrote on the side from last summer. through God's grace an…

@OfficialE_Paul: Please some of the leading emergent prophetic voices in Nigeria today, as they seek to define God's heart for the natio…

The Power of Prophecy!!! With Prophet Elvis Mbonye this Sunday.!!! Watch live stream at …

"in accordance to the prophecy" via @oh_pollo

Anakin, an actual magic space wizard and the hero of the prophecy these space wizards believe in: superstitions are bullshit lol

What do you think The Prophecy album? Can you share your thoughts and listen experiences with other peoples?

The Prophecy is a 1995 American fantasy thriller film starring Christopher Walken, Elias Koteas, Virginia Madsen, Eric Stoltz, and Viggo Mortensen. It was written and directed by Gregory Widen in his feature directorial debut, and is the first motion picture of The Prophecy series including four sequels. The film tells the story of the Archangel Gabriel (Walken) and his search for an evil soul on Earth, and a police detective (Koteas) who unknowingly becomes caught in the middle of an angelic civil war.. 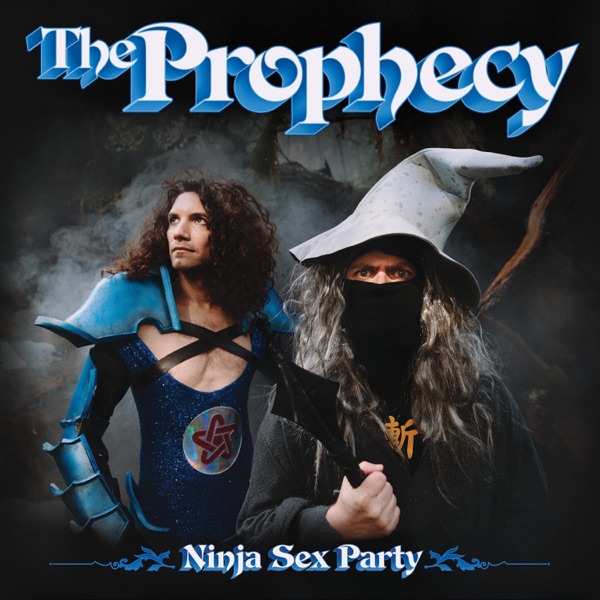