I love the album a lot rip yams

I like Dennis Rodman, In It, Move Ya Hips, and No Ceilings

This album is mostly all under 2 minutes, awful so awful 😕

Flactheripp3r - They really hating on this?

The other reviews on this album are nonsense.. fake? Not sure.. but this album will get you pumped.

After thoroughly listening to this album over and over for the past 24hrs I can honestly give a review, though it may slightly change with time. After waiting and hoping for something along the lines of Trap Lord meets Still Striving, I can say I’m going to keep waiting. The ONLY song, with the exception of Marilyn Manson bringing back that weird Trap Lord dark undertone, Value, really brings out the true Ferg sound we all know and love. That song is great and if every song on this album bumped as hard as Value then this album would be 5 stars for sure. But with songs like In It and Hectic, I have to say this album is pretty lackluster. The guest features are all great, but they’re not super memorable. And the hooks to the songs that aren’t singles and aren’t overplayed by now, just don’t cut it for the Ferg that once was. Don’t get me wrong, Move Ya Hips, Dennis Rodman, and Aussie Freaks are all great songs, but they’re not TRAP LORD, as in they don’t sound like Asap Ferg, they sound honestly like someone else entirely. I really hope Ferg reads this, because Idk if it’s that he has too many yes men around him, or he just doesn’t care cause he’s hit a certain level, but I really do hope Ferg gets back into the studio IMMEDIATELY, and comes out with some better, HARDER HITTING, true Trap Lord ASAP forever style music. Channel Yams my dude and go back to that Let It Go, Dump Dump, East Coast Remix, Nandos, Tango Ferg that truly is different, special, and sounds like NO OTHER than A$AP Ferg. I’m still witchu Ferg, but we can go harder next time.

I like this album is better than the first floor seats. Even Tyga did not ruin his part.

Honestly not to bad man

Title says it all

vic is to good - Sold out

Ever since trap lord, ferg has gotten significantly worse and worse. I think it’s time to hang it up. This ain’t it. Also ferg like drake and just be biting and stealing everyone that’s hot in the moments styles and flow 😂. This one of the worst albums this year right next to lil yachtys album Worst tracks: All of them

Hot trash. Let’s be real, how do you even listen to this negative music? Why don’t you try The Beatles, that’s real music.

What do you think Floor Seats II album? Can you share your thoughts and listen experiences with other peoples?

Darold Durard Brown Ferguson Jr. (born October 20, 1988), known professionally as ASAP Ferg (stylized as A$AP Ferg), is an American rapper, singer, and songwriter from New York City's Harlem neighborhood. Aside from his solo career, he is a member of the hip hop collective A$AP Mob, from which he adopted a record deal with Polo Grounds and RCA, the same labels that helped launch A$AP Worldwide. Two years prior, Ferg's A$AP Mob cohorts A$AP Rocky and A$AP Yams, negotiated their own respective deal in 2011. His debut studio album Trap Lord was released on August 20, 2013, and was met with generally positive reviews. On April 22, 2016, Ferg released his second studio album, Always Strive and Prosper. On August 18, 2017, Ferg released his second mixtape, Still Striving. His debut EP Floor Seats was released on August 16, 2019. . 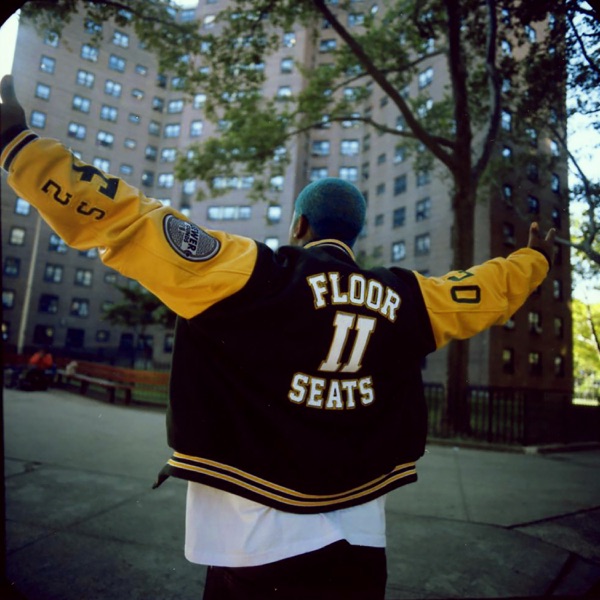