Wayne is lyrically a phenomenon...facts take it how you want. He’s of my generation of rap, and like I mentioned in the title, the new wave of artists are praised for a rap ability they don’t possess. Wayne really writing ✍🏾 stories from start to finish, now I can’t cap, haven’t heard the entire album but I know Wayne ain’t no slouch. No disrespect intended for the newer generation, I was once you stating way back when Wayne was much younger “this dude is nice” and the generation before me was like “Nah he ain’t no Nas” lol

Wayne really isn’t that nice, his older stuff was tight. He’s all hype now, I’m sure if he farted for an hour straight on a album y’all would call it fire.

Still coming with fire till this day. Appreciate him while he is here

kzharose - Okay no one asked hunny

WHAT!!!!!!!!!! Omg 😱 super siiiiick I thought carter V with his mom was it I thought it was good but I thought he didn’t go in like I knew he could

Why rerelease an album that already came out two years ago you has-been? He even already released another album this year, I can't believe people are still riding this man's nuts so hard all these years later, even after all his bad music and lyrics and how drugged up he is.

Trump All Day - Worth the Wait!

rentmanyung561ig - His time is up in the rap game

Wayne shows just how talent & hard work can keep you relevant throughout the years.

Wayne has always been my favorite artist. It’s so dope to hear a product from someone who still actually cares about the music ! Not gonna cap like I’m in love with every song but 85% of them are bangers out the gate ! I will go back and listen to the whole album front to back again because we all know you can hear a Wayne 100 times and finally get a bar like..”ohhhh! Sh!t” 😂 overall, dope album

Wayne never seizes to amaze me, always comes thru shows and proves, this album is 🔥🐐 but we kno he don’t put out bad musik!! 💯💯 best rapper 💯💯 ♥️♥️♥️♥️♥️

Wayne is the GOAT!! Straight fire!! And Scottie goes so hard!! 🔥🔥

I can’t remember the last time I review a hip hop album, this is the best I herd in the last 5 years

Wayne my G.. more to the story cold

Truly, every album Wayne comes out with seems to be the best album he’s ever done, furthermore, it holds true that particular album is not just his best but the best of the time in which it’s released. Throw out your thesaurus and listen to weezy, he’ll educate you. This freakin album has eliminated my need for preworkout, I just put it on full-blast and shred. If you don’t have this album, get it, and thank me later.

Wish we got this years ago but weeezy is timeless

Myles homer26 - Best album to me

Wayne killed it on the deluxe🔥🔥🔥🔥🔥

Real Rap you can hear it in his voice

@lilwaynehq_2: View the lyrics to all of the songs on @LilTunechi's "Tha Carter V" album including the bonus and deluxe edition tracks -…

What do you think Tha Carter V (Deluxe) album? Can you share your thoughts and listen experiences with other peoples? 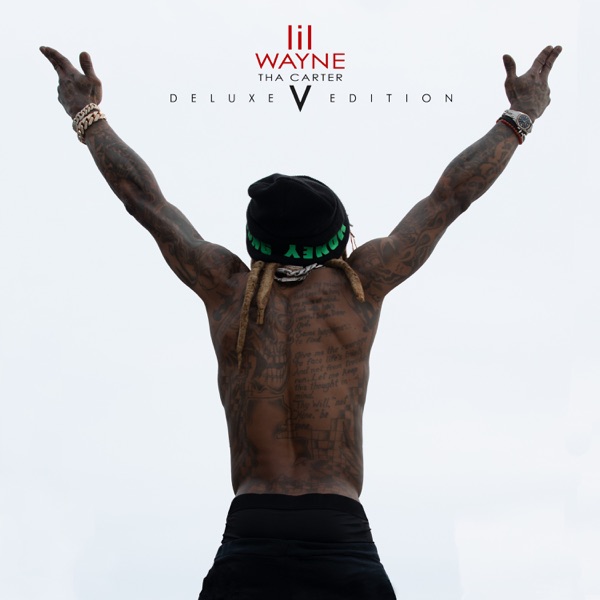