Literally every song serves a purpose and makes my mind have to elevate. Great job sean

property of October - Loved it !

Turtwig512 - I love this album

Needed this to help deal with this wild year 🔥

Just what the world needed

I’m a big Sean fan .. but this album is garbage

This album saved the year

They trying to push this album more then its worth

So happy for new music

Off_The_Zoinks - Album of the year

Big Sean getting the recognition he deserves

I never heard of him before, but now that I’ve heard him, he’s kinda goated

This is way better then Queer Snitch 6ix 9ine

No misses. “Wolves” has the best hook I’ve heard in awhile

he has had disappointments in the past but this is not one of those. i added a ton of songs to my playlist.

This album should be nominated for a Grammy. It was worth the wait and this album will be in the category of classics when you talk about albums. 💯👂🔥🔥🎶🔊🎙🏆🥇.

One of the best albums this year, Big Sean is way too under appreciated.

Big Sean came with the heat 🔥

The beat Sean came back with a clutch

Thank you Sean for the inspiration and reminding us that we go through the same things other people go through with life. I needed this album.

jeffzemirah - This is not music

Awful , terrible, not enough bad words to describe this mess

You can play the album fully with no skips. 🔥💯

I haven’t been the biggest fan for a while, but the man put in the work and we get a classic. 🔥 There’s a little fat to trim here or there, but so many fire tracks and beautiful moments.

iJizzyyy - He’s one of the greatest

After listening to the album, I didn’t hear any jump out tracks. It’s a good album, but definitely not Sean’s best work.

Should you get this album. Yes Haha

I stopped buying albums but I bought NFs album the search and his others because it was creative, emotional, and beautiful. Well Big Sean I have bought yours as well because it is also creative, emotional, and beautiful. Eminems was good too he dropped. You all are bringing back hip hop like when I was growing up listening to Tupac etc Story telling and inspiring again!

Man this album is fire!!! I won’t even skip a track! Deserves the #1 spot!

Been a fan since 2011 and Sean keeps getting better. Solid body of work. You deserve #1.

Seans best album yet. There was the odd track that felt like it didnt quite hit its full potential but i will still be listening to this album for a long time.

J0shuaH00per - One of his best albums yet!

Keep up the good work with these fire tracks 👌🔥💯

Thegeneraljay - Spicy fries with a side of MUFFINS. Dope.

Big Sean is back. Now I got to listen to his album. Great that is back to singing again! This guy da best. Been listening to his musics for years now: and this album the best to far

The production is awesome, AOTY

Sean Don A Legend his best work till date.🙌🏼🔥

Garbage. Go listen to 6ix9ine instead.

Where is the bin

Fire from Em on the Cypher. No one came close, rode the beat like no other

WolfiesGaming - This is a classic worth a stream and a buy

Appreciate the effort in growth.. but it just doesn’t click with me. Many tracks sound crowded and over done with the features, can’t help but think the features are just there to gain a wider audience.

NISU_MAN - Detroit is a vibe

The energy that I feel is amazing. I love every song from top to bottom. My favourite one is Lithuania ft Travis Scott. Keep doing your thing big bro!!! 🙌🏾🙌🏾✊🏾✊🏾#Detroit2

Sounds like the DPD's 2nd; helping out the 12th, is sending a scout to REPOS of someone finding a body in a freez…

@OldManWhoBets Lions are so frustrating. I played o6.5 -125 about 2 months ago. I live in the suburbs of Detroit. I…

@clkhawaii Our US Senators are both Dems, & one of them, Gary Peters, is up for reelection. Overall our Gov and US…

@wxyzdetroit: MISSING: Dakota West was seen leaving her home at approximately 2:30 p.m. in the 4300 block of Philadelphia Street. Neighb…

@DanBer17388 @davenewworld_2 When the cops killed 7 y/o Aiyana Jones in Detroit during a no knock raid, they arr…

@wxyzdetroit: MISSING: Dakota West was seen leaving her home at approximately 2:30 p.m. in the 4300 block of Philadelphia Street. Neighb…

@antimccockiner @Kobe__Forever He had also already had many clutch moments, 3 playoff game winners before turning 2…

What do you think Detroit 2 album? Can you share your thoughts and listen experiences with other peoples? 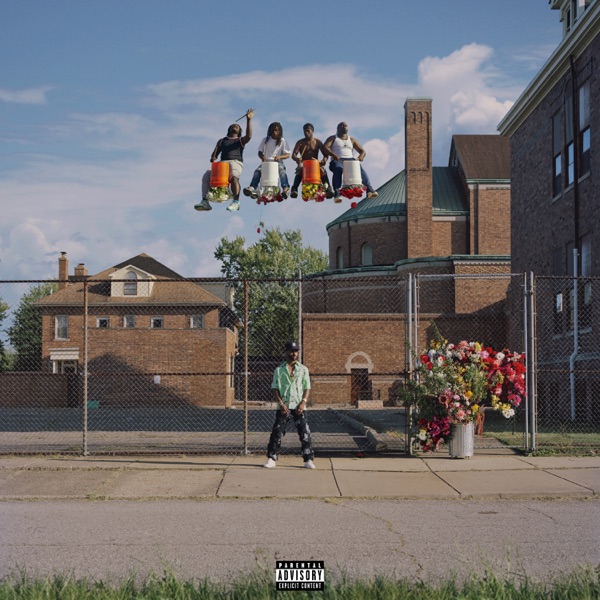