Deftones is one of my favorite bands, and while this album took a few listens for it to click for me, I believe it’s easily one of their best and most concise! Personally I think this is their best since SNW. Favorite tracks: Pompeji, Ceremony, Spell of Mathematics

I LOVE DEFTONES! This album wasn’t what I thought it would be because I heard rumors that it sounded like around the fur and white pony. When the album dropped I listened to the entire album and was disappointed. Fast foreword to today and now I’m loving this album. I guess I just had to get rid of my expectations of what I thought the album would be and let it be what it is which is really a great album in its entirely. Please guys, don’t break up and chino keep doing your side projects!

Bands evolved and experiment. Deftones are the deftones you cant copy. 🎼🎸raw to raw

Drue Nutz - Might as well be a Team Sleep album

If you like their harder sound you will not like this album. Long time fan, and when I listen to a Deftones album I want to hear songs like Bored, Around the Fur, Elite, etc. This is an album you play in the background before you go to sleep. It really belongs under his side project Team Sleep if you ask me...

AuntyJemima - One of the best albums of 2020

dlunatic5150 - Praetoreon is a fkng idiot , that doesn’t know music !

Praetoreon with his review is a fkng idiot ! You can’t expect the band to write the same album 8 x’s . Adrenaline was amazing, as well as around the fur . But , they are different in their own beauty. Thought they couldn’t write the same way as Deftones self titled, and couldn’t move forward from that vein of groove and aggression and heart . Metallica couldn’t write and justice for all for the next album , because that record was recorded . Saying your disappointed in Deftones at all pisses me off , and your should just quit listening to them . Great album , epic songs

What a turn for me with this album. Like at least one other viewer, when I first skimmed through this on iTunes, at not very high album, I said, "Meh." After a few more listens, I find myself endlessly looping this album. Very similar progression that I had with Tool's Fear Inoculum album. This album gets better with each listen. It reintroduces some raw riffage not heard since Adrenaline, combined with ATF's power and heaviness, and the ethereal beauty of White Pony - basically the best of their best three albums, in one. Best tracks for me are Error and Urantia, followed closely by Genesis, Spell of Mathematics, while Ceremony and This Link is Dead are fast growing on me. Lifelong roadie fan here says buy the whole thing, you won't be sorry. Strong work Deftones!

Amazing record from an amazing group of individuals, together that form “Deftones”. This is a beautiful compilation of music that can be listened from start to finish, no skipping needed. Chino never disappoints me...and Stephan gets his part in Ohms... this album is a gem, and a must have for any fan of this band. If I could give it 10 stars I would. 1 love for Chi.

Off of first listen I knew it was good, so I listened to it again and it got even better.

RaWtHeNtiK - THE BEAUTIFULNESS OF A DARKER SIDE

DEFTONES ARE BACK! Chino on point with the melodic vocals, Abe’s drumming 👍 Stephens crazy guitar rifs! RIP CHI CHENG! I know he’s be proud of this.... WE NEED ANOTHER “AROUND THE FUR” type album please!

It’s like all of their album’s combined into one great masterpiece!

Beautiful voice and lyrics. Good music just to listen to in the car

What a great album. It’s been in repeat since it came out.

Wasn’t too impressed at first, but definitely grew on me! I dig the atmosphere. Radiant City is a banger. The more I listen to this record the more I love it. Heavier than their last one.

Error and headless are my favorite songs! The rest of the album is beautiful.

Love it. These guys took there time. And really devoted themselves to one of the best albums they have created. Congrats. Gentlemen. Well done. (Shot of tequila)

Everyone wants to be a critic now days but as an AVID listener to that sweet Deftones sound this is another album that soothes my Soul. Each an every album has its differences but just as we as people we all are unique so as for me no matter what they put out I’m happy and surely already look forward to the next one as I enjoy this one allday everyday.

Album does not disappoint, best thing to happen this year.

I’ve been listening to it for days already. It hooks, it’s raw and atmospheric. Kinda the music I needed. 9 studio albums later and it’s inherently Deftones and still dynamic. Pretty cool.

What is this I’ve never heard of it

Deftones is my favorite band has been a part of my personality for the better part of ten years. This album is like a little brother to White Pony and I cannot continue to rave about it enough. I love this band with all my heart and this album is just another cherry to the cake. Thank you deftones. You have done it again!!!!

Makes up for that last one! All I will say!! Made my day!

I’m thoroughly impressed that the band has finally navigated their low end and now can place beautiful melodies over the top of it. Gore suffered from a muddy, claustrophobic mix. Good stuff.

WOW. honestly my favorite album since white pony. my favorites are the spell of math which is easily one of their best songs ever released, pompeji is also beautiful and one of the best songs i have heard in a while. this link is dead is also so angry and emotional and brings out a lot in chino. i also adore ceremony and genesis and they are both phenomenal openers. one of the best records put out in a while by any band.

The album is amazing. Def recommend!

Does this band every really disappoint? Even if one thinks that an album they have released in the past is somewhat not as powerful as another....come on, it’s still Deftones. They have always experimented but also kept that only Deftones sound. Good stuff

Great album. I like 7 of the songs a lot. Ceremony-Error aren’t as great to me but I will still gladly take them. Headless is my favorite track on the album. Lots of killer riffs and melodic break downs. I give it a 9/10.

I was so anxious to hear what they had in store for us. So glad to find out they still got it! It’s been 4 years and I was a little disappointed with Gore although I liked the album. Ohms is one of my favorite albums.

This album blew my mind!! Well worth the wait!!

Niiizle - The greatest band ever!!!

The greatest band ever!! Classic!!! I love Deftones with all my heart! Classic masterpiece!!

Bought it. Listened to a few songs while on the go and wasn’t terribly impressed. Then eventually I sat myself down, focused and listened to the whole thing...I friggin just love this MASTERPIECE!!! I think it’s beauteous. It’s got a crazy vibe. It’s been a jacked up year and it’s just what I needed. About 22 years ago I walked into a record store, looking for something new. On a total whim (I liked the album covers) I decided to pick up Adrenaline and Around the Fur ...I’ve been in love ever since. You’re my favorite all time band.

The Veerbloot - Keep it comin’

much better than gore, so happy to hear stephen back in the mix, prominently! this album has all the sounds that have made them good over the course of their career.

concurs - Worth the Wait

Mix of the old and new. Chino’s voice continues to be one of a kind and amazing. Guitar riffs are blissfully numbing while the intense bass line and drums pound your soul!

The title says it all !

Sylakus - ONE OF THEIR BEST

love this album! each song is a banger!!

Only recently got into Deftones, and I can safely say that there up there with the best bands ever!! Love this album, definitely one of their best ones!!!

Once again the Deftones defy categorization and create another timeless masterpiece! Genesis and Pompeji are the bands new classics!!

Such a good album. Deftones never disappoint. This album covers all their previous work into 1. Such a banging album

A triumphant return to form after Gore. Ohms will please all Deftones fans. It’s one of their best albums they’ve made!

blujdrawings - Deftones back to their best

After experimental album Gore, which missed the mark several years ago. Ohms is a well crafted piece of work with driving riffs over Chinos voice which again has all the hallmarks from previous releases come through his tones. Lead singles such as Ohms and Genesis may already be fan favourites. However songs such as Error and Radiant City with its infectious guitar work will soon overtake those previously mention. The moody Pompeji is like being thrown around in the waves before the storm passes by and things calm down. Deftones have always done well in crafting there own emotion and style through their music. Ohms back with the quality of Date producing the album, brings the Deftones into form here . Certainly worth the wait and one of 2020s best albums you will here.

First single ‘Ohms’ is glorious and uplifting for an album closer. Ending positive, the future looks promising. Very Devin Townsend-ish uplift, but this is Deftones through and through. Thank Gaia they dropped this during the shortest year for this generation. Pre-ordered. Avoided the leaks. Can not wait for the rest. Thank you for the music Deftones, love from Australia, always

IS SLMEONE AT THE DOOR OHMS

What do you think Ohms album? Can you share your thoughts and listen experiences with other peoples? 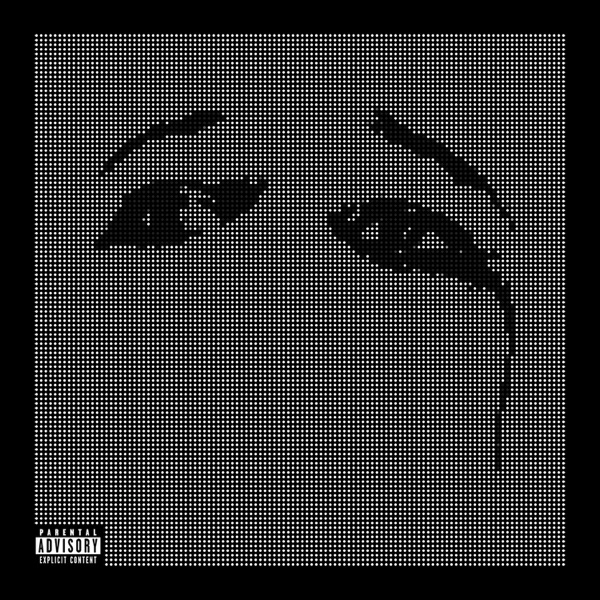