These are just slower, boring versions of the songs she already released. I don’t get it. Buy the first version. Good tunes.

RidgeLandRoute - If I had a rocket...

Nothing Kelsea Ballerini has ever hummed whistled hooted or hollard has ever been, by any stretch, good decent or even tolerable. If I had a rocket, with one seat, I’d put Miss.Ballerini on it and fire it into the sun. Why the sun? So that in the distance future, technologically advanced humans don’t find her drifting, unthaw her, and allow such a strain on our society to walk the stage again. She would have already been burnt into nothing...nothing, like her song writing ability.

These songs are so good

Hershey Kind the fifth - Love it

These recordings demonstrate that too many great songs are degraded or ruined by overproduction. So many artists would be benefit from taking more of an unplugged/stripped down approach to recording their songs (yes, I'm looking at you, Sara Evans). I can think of several examples of other artists who release demo versions, live versions, acoustic versions, etc. that sound far more authentic than studio versions (thank you Carrie Underwood). Listening to the two albums side by side, it's no contest for me. Thank you, Kelsea, for recording these versions.

I was so excited to hear she was re-imagining Kelsea to show off her amazing voice and songwriting skills. The lyrics of these songs really shine and give you a new perspective to the story she is trying to tell. Even if you bought Kelsea, be sure to pick up ballerini as well!

THIS ALBUM IS EVERYTHING!

this album is seriously her best yet.

Love the new versions of these songs, my favorites are Hole In The Bottle, Love And Hate, Overshare, & The Way I Used To!

I purchased the original album and loved those songs already. I love that she released this one which slows and strips everything down and has little changes in the pitch of the songs. This made me like some of the songs that I did not gravitate to before. Keep doing what you are doing and thank you so much for releasing this for us. During Covid and all of the negativity, having new music is a positive that we really need right now. Even if it is a different take on songs that were already released.

Yes queen get it😙

Love all the songs! But why is everybody saying to never release a song on 9/11???

BabyShroomz - I need a gf

I know it's her choice to release this, but after buying the "Kelsea" album, I certainly won't be buying the "upgraded" version of the same songs.

1RUNNER! - Should be the only version

This album is a do over of Kelsea. Kelsea was an overproduced pop album. That’s not a bad thing if she sang pop but Kelsea labeled Kelsea (the album) as country. However, the Ballerini versions actually sound country and aren’t over produced. If Ballerini had been the only version released, then she would have been nominated for a CMA award or two. She needs to sing country to get the nomination and this would’ve done it for her. I hope her future albums are all like this and not the over produced Kelsea style. I wish I hadn’t purchased Kelsea and knew this was coming. I won’t be purchasing this album due to it being the same songs but have listened to it on Spotify. Kelsea please take note that this is what your fans want.

anakinskywalkerfan - Kelsea has done it again

I am so in love with this album and how it is reimagined on just listening to the lyrics instead of the music itself !!!! I love how kelsea keeps getting better and better with herself as she gets older and wiser and stronger and very fearless and how she’s not afraid to put her feet down and let her fans to listen to her music and fall in love with her music all over again!!! ❤️❤️💛💛💙💙💜💜💚💚🧡🧡

I love both albums, great to hear the different take on this version. Great job, Kelsea. You should be very proud!

First, there is nothing wrong with releasing on 9/11. Get over yourself (pun intended). This album is so good and really shows off her voice. It’s amazing how different the songs sound! STREAM!!

You’re crazy if you think this album coming out on this date is offensive in any way. It’s not like people’s lives stop because it’s a tragic anniversary. There’s nothing wrong with the release date, so stop whining about it.

I love when artists release songs and show them in a different way. I love the cool hip versions of the songs on “Kelsea” but also adore the stripped down versions of the songs on “Ballerini.” It’s amazing to see Kelsea sing the same songs in a different way with a completely different meaning. I feel like this is so much more personal and like she said during her unapologetically tour “it’s always been me and you and my guitar” and I think this is so reminiscent of that night on her tour when I saw her live for the first time. With COVID tours have stopped and I feel like this was her way of saying “hey, I’m here and I’m holding your hand” with these stripped down versions of the songs she would have sung stripped down on tour anyway. I also don’t think it’s horrible that she released this on 9/11 because 1.) I bet the date was chosen for her, not by her. 2.) what’s wrong with releasing something incredibly vulnerable and yet happy into the world on such a somber day?

Amazing acoustic album, a great addition to the original

Love it. As a person that enjoys singing.. I love this! Love all your stuff! Don’t listen to these negative people. It’s been 20 years! Yes, it is sad but we can’t stop life! Great album!

This album is amazing. The way you made these songs so different is absolutely amazing. Thank you for this :)

This is awesome!! I love that the songs are stripped from all the instruments... it’s more personal. Great job!!

Kelsea Ballerini is my favorite singer!!!!

Just because it’s released on 9/11 doesn’t mean it’s disrespectful. She’s just releasing it. I could post something on that date. It’s totally fine. You guys are too sensitive

Kelsea breathes new life into what was already a well produced and written album. The new melodies and lyric changes are clever and purposeful. A job well done.

ChristinaLPro - Knocked it out of the park

This is the album I was hoping for and boy did Kelsea deliver! I’m never a big fan of lots of production and dance type songs, I personally love stripped down and just vocals. The vocals were flawless. 10/10.

Why does she think she’s a household name so far as to release a re-make of her own music?

This is so much better than the original album. This has a truly country feel. Love it!

This album though - YAAAS

We love a pop country queen❤️🥰

Adriana M. Hillstrom - What is this?

So basically every song is re recorded into an acoustic album? That's so pointless. Just make new music. Taylor Swift kills with that & folklore is phenomenal. If you're serious about recording songs, just make new ones. Also how disrespectful to release it on 9/11. Just saying. Change the date. It's useless to re record an album. Why not make new music.

Do research before you buy or complain. Also, there is nothing disrespectful about releasing on 9/11. If anything, it’s something to make the day a little less gloom.

this is cool but CHANGE THE RELEASE DATE

i cant wait for this album!

YOU DONT EVER RELEASE AN ALBUM ON 9/11

Not sure I want to pay for the album again of all the same songs? I wish this was the only version, Kelsea was entirely overproduced.

@fridaykaiday: a happy nini ballerini spin for you today because, yes, you guessed it, it's friday kai day! (´・ω・｀)♡ …

What do you think Ballerini album? Can you share your thoughts and listen experiences with other peoples? 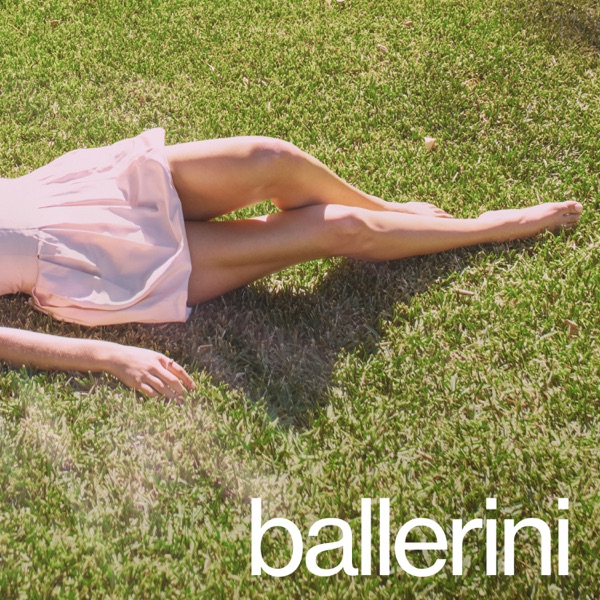