NLE CHOPPA TOP SHOTTA @Anyhonys ex girlfriend, are you dark skinned, (black) because if ur not black and you are saying the n word then of course you will get in trouble. also why would you want to say it? its literally is offending you own race (if ur black)

hidkdjsns - How many shotta flows is he going to make?

This song goes really good in the dumpster

He music is hella sick!

Just stop making what you think is music

The best rapper around ready for some more songs

Not even worth hitting play.

Amazing. Different beats and different moods. I listen to it everyday

They all sound the same. Terrible with no talent. Can't wait for intelligence and assortment to come back to rap.

You could do better 😊

A bunch of similar songs with no originality.

jones the bones - The Raps My Guys

Mafia vet - One of the best hip hop albums

You can tell how much effort was put into all his songs and putting this album together.

This album is like the Falcons when they played the Patriots in the Super Bowl In 2016. Great start in the first half but completely blows it in the second half. This album Is too long. If they stopped after track 11 then it would be a really good album. It has songs full of energy and rapping. The last 9 songs are Somme mid at best. Boring, too much singing. A real swing and a miss.

This just destroyed brain cells. We’re in a pandemic and Pop Rap isn’t helping anybody. Labels need to stop signing garbage “rappers” and put Lyricists out there. This is RATCHET GARBAGE. This era needs to end already.

It’s good but its not really himself

Xave Gutowski - Pretty Good, not as great as cottonwood

How come he’s free to use the n word, and I get in trouble when I do?

Craaaazy story! NLE choppa got a FaceTime call from Justin Bieber, Post Malone and NBA yungboy. Justin and Posty told NLE that he needs to get tattoos right now while he has some hype! NBA told him how to make tracks. Well one year later NLE went from virgin skin to fresh ink every week. Choppa went from boring 🥱 flow to “was that the new Yungboy track?” I’m ashamed of this music. Trash. Besides nothing of value for the community of which he reaps his paychecks from he sounds like a wanna be nba yungboy. I’m tired of these A&Rs and lame record execs approving trash and tryna clone every other artist they can’t sign.

I've had enough of this crap.

We have seen better.

DJ THa Savage - How do i get the songs

BIG Cap in his RAPS🥱

Tbh the good songs are just old song he put in the album. None of the new songs are good but that’s my op

NLE always gets me so hype.

It’s his best album you are da 🐐

There is a lot of different flows and good song

Lots of different variety’s of music depending on the mood, very good price for the number of songs in the album compared to if you had to buy each song. Overall really good purchase I suggest if you like NLE choppa.

What do you think Top Shotta album? Can you share your thoughts and listen experiences with other peoples?

Top Shotta is the debut studio album by American rapper NLE Choppa. Initially set for release in early 2020, it was released on August 7, 2020 via NLE Choppa Entertainment under exclusive license to Warner Records. Production was handled by several record producers, including CashMoneyAP, Javar Rockamore and TNTXD. It features guest appearances from Chief Keef, Lil Baby, Mulatto and Roddy Ricch. The album debuted at number ten on the Billboard 200. The album was promoted by six singles: "Shotta Flow 3", "Camelot", "Walk Em Down", "Shotta Flow 5", "Narrow Road" and "Make Em Say".. 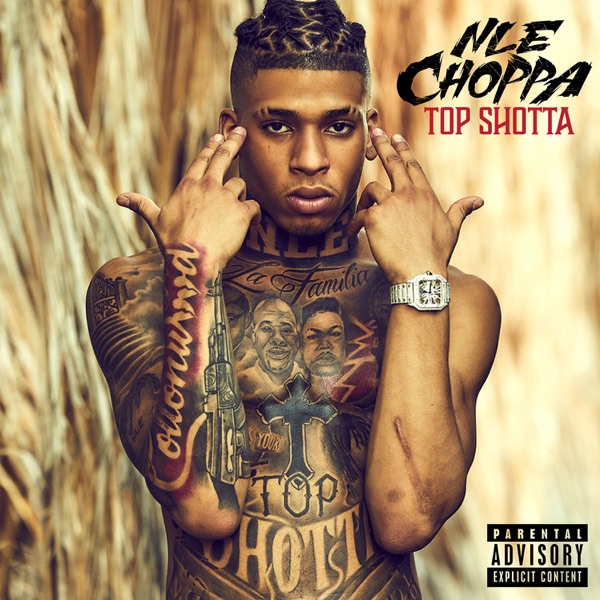