i really loved this album. all of his songs are fire 🔥

SavageChickenStrip - look at the red E

Why are some people this retarted.This is rap, not some kind of nursery songs for little kids. Seriously why didn’t you just look up nursery rymes or something. I think this is straight up fire🔥

Why does it have the same song twice ?

I vibe with your music 💯🤞🏽! Keep shinning

That should have been ur first clue that this wasn’t night night songs for 5 year olds. It’s rap, it’s not for toddlers. Get ur kid watching Elmo or something. It’s a great album tho and every song slaps

swwwwin - All of his songs

So far it’s in talks of album of the year for me, flawless album. #NoSkips

the man really know something I really appreciate the motivation

JasonStephens777 - Not good for the hip-hop community.

The red “E” next to the song should have been your first clue it was inappropriate. Lil Baby is looking for feedback on his artwork, but instead has to deal with people who are mad that he is not singing circle time nursery songs. In my opinion, this album was great, keep it up fam.

iamprobablyyourfather - This is the best album, maybe ever

This is a great album I agree this is lil baby’s best album so far. Also who gives af if it’s not kid friendly, it’s RAP. It ain’t supposed to be🔥😎👍

Why did he release a Deluxe for this? The album was already long enough and the deluxe songs are horrible. Regular album would get 3 stars but deluxe gets 2.

igetitgirl - His Beats Are Crazy

Whoever is producing his beats got it going on! Great Workout Music

This is the best album by Lil baby fo sho

sbdbfjtjragkagka - Replying to the not kid friendly guy

Ok I’m replying to the person that said not kid friendly, it’s a rap album. You either don’t show kids or you get the CLEAN version. 🤯albums fire tho

Y’all haters need something to do. And to the kid complaining this album isn’t kid-friendly, NO DUH YOU SHOULDN’T EVEN BE ON ITUNES. GO SIT DOWN AND LISTEN TO THE PEPPA PIG ALBUM. Thank you.

a solid 6 songs, only really loved one tho

a su madree - HE DON’T MISS

The new lil baby is not that good like I am a huge fan of his music mostly songs like narcs, a town, woah, eat or starve, and never needed no help. The old songs are just better his new songs kinda sound like he hired a new and cheaper ghost writer. And some of the beats just aren’t it like humble and get money just don’t have a good beat and it just makes the song sound like a Jake Paul song kinda.

Eveator - This music is so un-kid-friendly!And I should know because I AM a kid!

HAVE YOU EVER HEARD THAT KIDS ARE ON THIS PLANET?!

What do you think My Turn (Deluxe) album? Can you share your thoughts and listen experiences with other peoples? 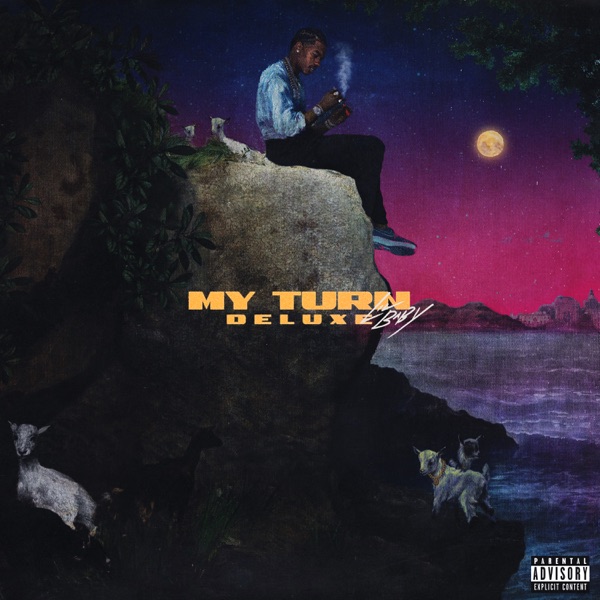