This album deserves 0 stars . Nothing but repetitive bs thanks for contributing to the destruction of hip pop 🤮

@altboyzaya Vocals need vast improvement, Lyrics are average at best. Beats are embarrassing for industry level, but mediocre for YouTube beats. Music isn’t for everyone, But at least he tried, 2 Star album.

He’s the best out

Best rapper of all time... FAX

Over time, I’ve noticed that NBA YoungBoy has two styles of rap. He has this hardcore, fire, nice beat with a lot of bass, type songs like Gunsmoke and Hot Now, and his second style is his motivational and sad songs like Cross Me. In my opinion, I think NBA YoungBoy is a lot better when his songs are more upbeat, but this album doesn’t have that. 38 Baby 2 has about 3 or 4 of those “hardcore songs” and those aren’t really good. The rest of the album is the motivational and sad type stuff. Sometimes NBA YoungBoy can make a good sad song, but he really didn’t in this album. They’re might’ve been 1 or 2 good sad songs in this album, but besides that, this album really wasn’t it for me. The album cover was bad, most of the songs were bad, and not enough up beat rap. Overall, Still Flexin’, Still Steppin’ was way better than this.

As always he dropping trash

I’m nba YoungBoy biggest fan, but this didn’t really amount up to what we usually get. To many slow songs and I feel like it was a little rushed and it definitely doesn’t compete with his last project and DEFINITELY not better than AI 2. YoungBoy still the 🐐🔥

Hardest Album Ever Made 🔥 !

vic is to good - Pretty good

It’s pretty good but not as good as AI Youngboy 2, it has some tracks on here that aren’t that great and some that are really great. It’s a lot different from his other music. Best tracks: Fire Stars, Shadows, Rough Ryder

NOT YOUNGBOY AND DABABY!!!!

This is pure trash #freekodak

aitayyyy - A message to yb

I wish i could leave a review without having to rate this trash...

His voice needs improvement, and not a good album

Team We Eat Cake - No misses

No misses again BUT he SHOULD NOT have named this album 38 Baby 2. It wasn’t a 38 Baby vibe so I was thrown off at first but I still like every song. Also legendary that he put his mom on it we’ve never seen that before. Also I’m ready for the deluxe. Hopefully he puts on some of the leaks people been asking for for a while.

Definitely getting the album!!! But need ringtones also😤

I’d rather listen to Joe Exotic this this wack album 2 ok songs out 19 let’s talk about it!

You could hear the pain in his voice

One of his best work

Pierroquet111 - Pick up any song it’s all the same

This album hit different but a good different 💚💚🐍🐍

No lyricism, no talent, woman beater. Can’t support this.

@pandaswiftie04 Every No. 1 album of 2020 (1/2): Fine Line JACKBOYS Please Excuse Me For Being Antisocial Rare Music To Be Murdered By Funeral Changes Map of the Soul: 7 My Turn Eternal Atake After Hours Blame It On Baby 38 Baby 2 Here And Now Good Intentions High Off Life Wunna Chromatica.

My 2020; the GOOD things: 1. My baby cousin Nyla was born heathy & so LOVED 🥰😍 2. My uncle came home after 38 years in the system 3. I earned my 2nd & final Education Award for being an AmeriCorps member - this is money to help me pay for grad school when I apply + attend.

38 Baby 2, Until I return & Top was tough. still flexing, still stepping was decent. He should never make another song with Rich and Ain’t 2 long was ight, nothing crazy .

Niggas tried to tell me 38 baby 2 was ass i should beat the shit out y’all.

@Glo_gang_sosa @SaycheeseDGTL idc how good the numbers were the projects were mediocre. 38 baby 2 was disappointing asf and top was honestly terrible. nba youngboy hasn’t been the same since 2018. There has been so much good music in 2020 to say that nba youngboy carried lmao.

What do you think 38 Baby 2 album? Can you share your thoughts and listen experiences with other peoples? 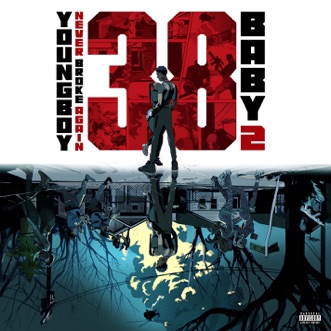