footlongmclovin - LG killed it on this night, great album

Liam killed MTV unplugged after leaving his brother high and dry in 96, every song is good to great on this album an album you can play the whole way through without skipping a song without a doubt a gem even for me here in America.

Still putting Supernova on your album? Com’on man, move on with it already !

Liam is the greatest rockstar of all time. This album is so good. I can’t stop listening to it

This show reminds me how much I miss the songs and the band. This is a gem but too short of an album. Vocals are on point and the songs are great, pic this up.

This even outshines the originals. My one frustration is that it’s not long enough. It’s not even the full show. As amazing as this is, it could’ve been better if it had been the full recording from the night. Definitely one not to miss, if you are even remotely a fan of Liam or of old Oasis.

Liam is amazing. After the quiet period and two very good albums, he comes out with an even better one. His voice sounds mature and a little rough but powerful, melodic and he displays great control as well. He’s probably rock’s better singer and personality. Noel might have been Oasis main songwriter but Liam was the band’s soul. He still is and he’s miles above his brother. Rock on Liam, for the world’s sake.....

What a nice gig, excellent recording, Liam in top form. Always wanting more Oasis but I like his new stuff and this set captures both eras. Happy for Liam's comeback.

As always, amazing stuff from Liam. The only disappointing aspect about this album is that not all the set-list was included.

From a land downunder - Biblical

If you’ve watched the clips on YouTube, you’ll know how good this is!

Liam is a lesson to Music !

ijustwantnygameback - The man is a LEGEND

Absolutely loving Liams new stuff. Sounds a little bit more upbeat than oasis songs and he really uses the range of his voice to make good songs into great songs! Thank god he’s back on form as Noels changed his style completely. Now I I don’t miss Oasis as much as I did. Thank you Liam. Long may it continue!!!!!

As the above says totally awesome.

Great little album. Some of the vocals ok the Oasis tracks, Stand by Me and Cast No Shadow, take you back to his 90’s vocal peak.

Fantastic, Liam at his very best

Watched the gig when it first came out. Blew me away. Liam’s voice like a fine wine, definitely (maybe) getting better with age! Pre-ordered the album and just had my first listen! Absolute top drawer! This version of, Some Might Say an absolute highlight! And his vocals on, Sad Song absolutely nails home the fact a certain someone should’ve just stuck to writing and guitar playing! This Album, 10/10.

Voice is so much better nowadays. Boys on fire

There’s a only so much Liam can do.....or so I thought, this live album, unplugged shows us oasis fans where the music industry is at, right now....right here. While the older sibling is off joining S-Club 8......the younger brother brings it back and oh my and how. We don’t wish for cosmic pop, we just wish for great rock and roll.....and thank god that Liam has got it in spades. Oasis was great song writing and a great voice.....but over time and indeed the split, we remember the voice.......any way....as you were LG.....BIBLICAL!

Bring back Black Lace! More rock n roll in them!

Biblical as ever x

he's a legend and just keeps getting better.

If you want to hear proper music, from the greatest rock n roll singer of the last 30 years, then this is for you.

Evan McFarlane - Back to his best.

If anyone doubts wether Liam’s voice is still up to it, listen to this and get back to me. He’s sounding as good as he has since the 90s. Cast No Shadow & Stand By Me in particular here are just brilliant and overall it’s a fantastic gig, one of my favourite ever MTV Unplugged sessions.

First two tracks are brilliant so far, if you have seen Liam live you know what to expect! Awesome!!

What do you think MTV Unplugged (Live At Hull City Hall) album? Can you share your thoughts and listen experiences with other peoples?

William John Paul Gallagher (born 21 September 1972) is an English singer and songwriter. He was the lead singer of the rock band Oasis from 1991 to 2009 and the rock band Beady Eye from 2009 to 2014, before releasing his debut solo album in 2017. One of the most recognisable figures in British music, he is noted for his outspoken and abrasive manner, penchant for wearing parkas, and distinctive singing style. Gallagher's debut solo album, As You Were, was released in October 2017 and proved to be a critical and commercial success. It topped the UK Albums Chart and was the ninth fastest-selling debut album of the 2010s in the UK, with over 103,000 units sold in its first week. In 2018, the album was certified Platinum with over 300,000 units sold in the UK. His second album, Why Me? Why Not, topped the UK charts upon its release in September 2019; his tenth chart-topping album, including eight with Oasis, it was the fastest-selling vinyl of 2019.. 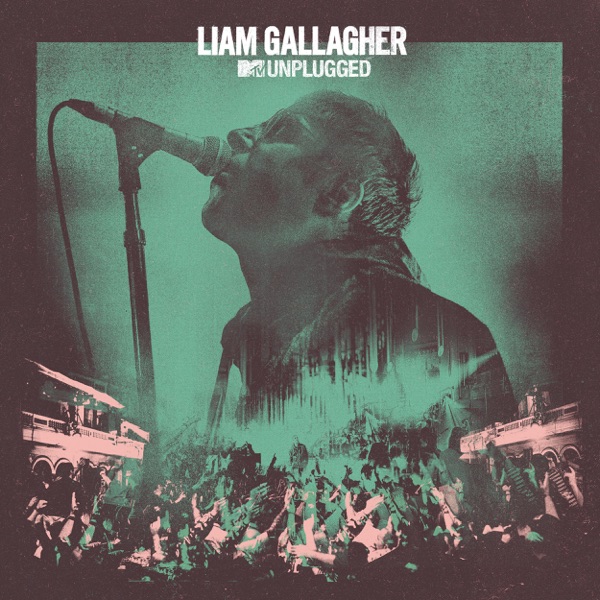