Just listened to this album. Absolute trash . Why was this guy popular?

Never was a big fan of this guys music. Just sounds boring and unintellectual. This is obviously a cash grab and really isn’t hip-hop. Glad he and juice world are dead. Less trash polluting the hip hop genre

But where’s the bars?

Nothing worth listening to.

dslgg - F*** the bad reviews and the people who don’t like him.

RIP Mac. You saved a lot of people with your music. Rest in paradise.

You cooked a mean dish,thank you👊🏾

First off Mac Miller is a dope artist r.i.p but this album is 90 % singing with a splash of rapping although it’s a dope project but it’s a r&b album

I thought he died

Not really a Hip-Hop album but Mac coming back is awesome!!! 2 bonus songs push this over to top rating for me. Listening to this, in hindsight, really just shows his torment, its a mad world. RIP MAC.

Rest Easy Mac We Miss You

rest in paradise mac🤍 this album is so beautiful, everyone needs to give this album a chance it just hits the soul differently🥺

Why is it cheaper to buy the non deluxe version then individually by the bonus two tracks from the deluxe?

Why does every song sound the same and why are people producing his music when hes dead let the poor guy rest!

Obviously a money grab So stupid

glad his parents wanted us to listen to the magic he wanted to share w us all. for everyone saying it’s a money grab, do some research, the album is beautiful get your head up and enjoy it.

I have always loved your music and your non-conformist style! This album is the most refreshing in a sea of trap crap! Greatly appreciative of your originality and your insistence on being a lovely stand-out!

I feel so blessed to be able to have this music

blake fife - As we have all grown up, we have grown with Mac

He sees life from a completely different perspective since we first heard Mac in his young days. Give this a listen if you're a real fan and have been since 2009.

@DJPickleJ I just got done listening to Circles Deluxe.....

DAWG idk WTF JUST HAPPENED but I just had mad out of body experience listening to circles(deluxe edition)....

Circles (Deluxe) -Mac Miller sad. it sounds very pretty and its super relaxing and has even more of an impact considering his passing .

Come to mama, dancin in circles, grigio girls, and john wayne are all great songs idk everyone says this whole album is a skip.

I miss what life was like when this came out .

Circles (Deluxe) is such a perfect album to listen to, especially at night.

@USAcracker @DicksDriveIns Or at least as close as maybe Olympia, but they have the brilliant Big Toms & Centralia has Bill & Beas & Longview has Nipps & a few Arctic Circles remain in Oregon. But nothing beats a Dicks Deluxe & fries, made fresh onsite. I would be honored to buy you a Dicks Deluxe one day!.

What was ur fav album of 2020 and what are u most excited to listen to in 2021. If u want Circles was probably my favorite but close seconds go to the revenge of the dreams deluxe and UNLOCKED with Denzel and Kenny. Most excited for - The House Is Burning - By Isaiah Rashad..

@take_sucks KIDS deluxe edition. Ayye is better than all of Circles other than Good News.

What do you think Circles (Deluxe) album? Can you share your thoughts and listen experiences with other peoples? 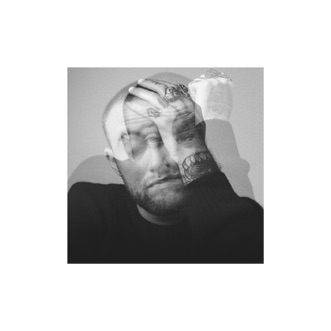