harder than the titanic 💋💅.

[email protected] - It’s great just gets kind of boring in the second half.

This album is long which isn’t bad just not always good. The first half of songs before Enigma were great! Especially 911, Stupid Love, Free Woman...But the second half was frankly repetitive and I had already heard the songs in a way before. Still a good album though.

I love Lady Gaga and her voice, and I love mostly all her albums except ARTPOP, which for me was disappointing, so I was assuming it would be the same but it wasn’f it. LOVE IT LOVE IT LOVE IT

This album is just meh, it has a few bops like sour candy, but everything else is forgettable.

All of these songs are BOPS and I would 10/10 recommend!

The NEW queen of pop! This entire album is amazing! Lady Gaga has once again proven to be one of the most talented musicians out there! Lady Gaga does not realize the amazing affect she has on people! Live Gaga!

911 is the best song ever created

Gaga has once again created perfection and blessed the world with it. Forever an icon. I love you Mother Monster ❤️💕

Slay Mother Monster! Love this Album! Can’t wait for the Chromatica Ball next Summer! My favs are: Stupid Love, Alice, Rain on Me, Babylon, Sine From Above, Plastic Doll, and Chromatica ll and 911 transition!

It’s hard to find an album that you can listen to from beginning to end without any interruption. Thank you Gaga for this album <3

Fadga is over, Ariana carried this era with ROM. That’s all, but After Hours by The Weeknd instead

this album is too hyped up, rain on me isn’t even good

Baby gurlll! This album 🔥👯‍♂️ We have been dancing EVERY day in our house to this album! Love love LOVE this album! #getintoit

This will be remember as a great return for the next phase of her career. Gaga is Back

I will always love Lady Gaga!

Thank you my gaga ❤️

Fantastic album. Every song is a return to her roots!

LukeRomesberg - Gaga is finally back to her roots.

rambow puggie - THIS IS SO GOOD

You’ve won the BLINKS, my friend. (There’s a lot)

AN ALBUM THAT I CAN’T EVEN PUT IN WORDS JUST GET READY TO DANCE !! 💕💕💕

This is one of the best pop albums out right now. From start to finish, the entire album is great to listen to. It gives you those 90 house music vibes which I live for!!

woolywoo24 - Absolute feat, turned my apt into a dance club

She is the queen. Dance, b**ches

aquariusxx - Ehh it all sounds similar

I was excited for this album but honestly all the songs like basic euro techno pop. They all have the same sound. There’s no standout song on here (for me at least). I dont hate it but i definitely dont love it.

I am a blink but after hearing her album I’m just in love with her music and now I’m a monster too💖💖💖💖고마워! 사랑해 💖💖💖

Found it disappointing. Not much here. And I'm a big fan of her.

RKIVE94 - Made my ears bleed

yeezma.specialchicken - I was so excited

I love lady gaga, especially the 2008-2010 gaga, and I thought this would be a return to that sound, but most of these songs are boring, and sound like they would be played in an h&m changing room. The ariana and blackpink features DEFINITELY carry the album, but even those are lacking in depth. -R

I love this album!

This is an album of pure joy, peace, and dance. Isn’t that what the world needs now? 🌎 The fact that she can go back to her roots after all she has achieved in between is just impressive. 👏 She is one of the most creative talents and amazing women of our time.⭐️ She’s a trailblazer. 👍 Thank you Stephanie “Lady Gaga” Oh yeah, for the she’s terrible and one star reviews. They mean she’s TERRIBLY GREAT! and ONE GREAT STAR ⭐️ 💎💎💎💎💎 Some people in their lifetime will never achieve what she’s done in 11 years, BRAVO🌈

Lady Gaga really set a mark with this one. The vocals fit perfectly on every beat, with Gaga’s strong vocals and Ariana Grande’s iconic higher pitches. The beat is playful, emotional and strictly danceable.

why is rain on me so generic?? and ofc she added the queen of generic pop ariana grande lol.

remremremisan - It’s not a bad album

🖤🖤🖤 She brings it again with a modern pop 80s vibe that makes you move & ultimately fills you with love.

Album of the year Cmon Babylon

@LEXOFFICIAL - If you need a boost of life get it

HausofTony - Going to be an amazing album

Lady G is a tremendous vocalist, performer, actress, etc... This latest effort is meh.... Might be time to hang it up. She had a hell of a run for awhile on top of the world. Even Madonna and Cher had to come down eventually, maybe reach out to one of them for assitance on how to let go and move on...

Jfkkdkxk - It’s good, but she can do better.

I hope the next album is more experimental

This album is outstanding. Just full of amazing bops, especially the ones that aren’t playing on the radio. Enigma and 911 are probably my favorite songs and the transitions for all of the songs are incredible.

That awful broadway vibrato has no place in Pop. Much better than her previous 2-3 albums, but not even Max Martin can give her that RedOne classic sound. She’s in the land of Mariah Carey now, needing other artists to score hit singles. Wonder when she will ever have a solo #1 again? Nothing comes close to, The Fame Monster.

@samhutnykart: Created with Adobe Illustrator, I created the world of ‘Chromatica’ through my eyes. Ever since I was a kid @ladygaga was…

What do you think Chromatica album? Can you share your thoughts and listen experiences with other peoples?

Chromatica is the sixth studio album by American singer Lady Gaga. It was released on May 29, 2020, by Streamline and Interscope Records. Originally scheduled for April 10, 2020, the album's release was delayed for seven weeks, due to the COVID-19 pandemic. Gaga and BloodPop served as the album's executive producers. Chromatica is a dance-pop, synth-pop and electropop album, incorporating elements of house, disco and many other electronic genres. Lyrically, it covers themes such as mental health, depression, loneliness, finding love through hardship, the trauma of sexual assault and self-worth, which stands in contrast with the positive and uptempo sound of the album. The album features guest vocals from Blackpink, Ariana Grande and Elton John. Its lead single "Stupid Love" was leaked a month before its release but managed to peak within the top-ten on music charts in over fifteen territories upon its official release, including number five peaks in both the United Kingdom and United States. The second single, "Rain on Me", debuted atop the charts in the UK and the US. "Sour Candy" was released as a promotional single a day ahead of the album's release. Upon release, Chromatica received generally favorable reviews from music critics and debuted atop the Billboard 200 chart with 274,000 album-equivalent units, including 205,000 pure sales, becoming Gaga's sixth consecutive number-one album in the US. The album also topped the charts in many other countries, including Australia, France, Ireland, Italy, Netherlands, New Zealand, Scotland and the UK. It became the fastest selling album of the year in the UK, as well as the year's fastest selling vinyl record.. 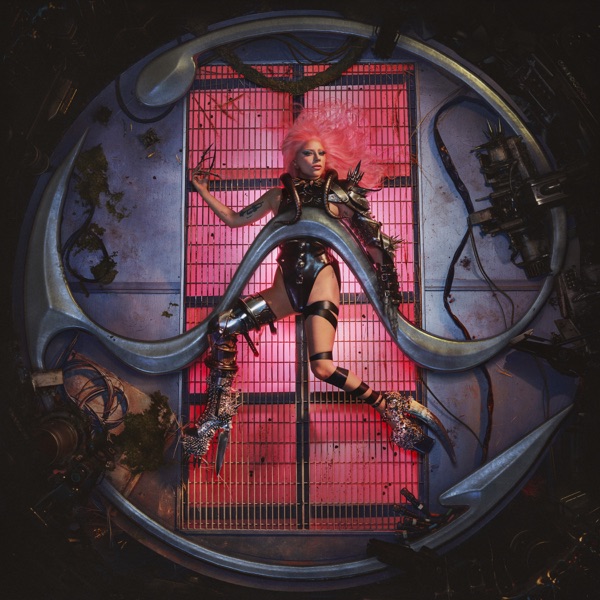