This is that real rap...salute!

If you ain't feel this you don't know REAL music.

This album is 🔥🔥🔥! It’s better than anything Migos has put out! Eminem and Wu-Tang inspired!

Album is aweful,beats lack album just doesn’t move me at all.

Benny The Butcher is the worst artist in Griselda. He’ll never be on Westside Gunn’s level and he sure as hell will never get a feature with Drake!

First of all I didn’t know anything about this crew. Then I saw Westside Gunn & Conway on YouTube Rate The Bars. Then saw the video with Jay Z listen to the album. And then got the album and I was blown away. After the intro with Raekwon The Chef. This was what we need for hip hop cause Real Hip Hop has come back towards the end of this year. It’s a dope album and straight 🔥🔥🔥. Keep it up.

there’s no singing or mumble rapping, and all 3 spit fire especially BENNY THE BUTCHER, RZA STYLE PRODUCTION, LOVE IT LOVE IT

I’ve been listening to them for a min and this album is lit. Keep pushing these hits

BIG JINXX7 - FROM THE GROUND UP

Great album...🔥🔥🔥...these guys are the truth; however, hearing Ememin on a track with them made me cringe...50 was ok, don’t know who Novel is, but I would have rather heard Skyzoo, El Camino, or any other Griselda affiliate featured instead of Shady/G-Unit crew...

Only mumbling heard is from the haters....

Frieweezy - There is nothing better

While everyone waits for a black hippy album, Griselda is putting out solo project after solo project all top notch quality and then they drop this album to cap it off. There is nothing better than Griselda . True rap fans know. Anyone else doesn’t need to.

Real rap with tight tracks and lyrics. Been putn it down since game was sippn a bottle @kelquicks

Griselda signing with Shady Records was a great move for them because they’re getting huge exposure. My friends and I just started listening to them and these guys are insanely good lyricists. Shout out to Em for putting me on to them.

One of those joints you can play all the way through 🔥

What the games been missing

Kelquicks - Dry as a chicken bone

Maaaannn this album is so boring the same topic in every song the beats are boring the flow is slow. If you wanna hear some real rap try listening to born2rap by the game

This ain’t for everyone

Man This Joint So Tough... That Rundown Music!!! Seven16 To Infiniti

Westside Gunn: Most Dope! Coway: Dope. Benny The Butcher: Way Dopest! But Daringer did NOT step up, did not bring his most best. This album should’ve been better. And it’s not, because of Beat Butcha and Daringer. Foreal💯

Thank god there are still real lyricists/MC’s out there today. Because the state of rap music is in the worst shape it’s ever been in. I love what these guys are doing, keep it coming. As far as Eminem goes, he’s a GOAT. Not the GOAT but a GOAT. I don’t think there’s only one, I think there are a few. But I think Griselda signing with Shady was a great move. It gets their music out to a much larger fan base and therefore helps repair the state of hip hop. Great job on the album, as I said keep this stuff coming🔥🔥🔥

BUFFALO NY STAND UP THIS IS HISTORY IN THE MAKING

City on The Map is fiiiire

Album cover was a homeless woman from Chippewa. Benny raps about Merrill stock brokers. Montana Ave. Buffalo/Niagara is the 3rd poorest city in America. The US put more money into Baghdad than Genesee St. You can tell. From Buffalo to Worldwide, this is real grimy rap. Represent. GxFR. Doo doo doo doo doo doo.

They took it back with the 90’s flow. They stayed true to who they are on this album.

This album got that 95 feel potent rhymes and beats.

Griselda's the best thing out for Hip Hop

This joint is for real!! I’m not a fan of Em or 50 since grade school, but these Buffalo Kids brought their A+ game. Griselda really did they thing with a major label. 10/10

Gotta admit never heard of these cats before , family life now so don’t know a lot of these newer ones coming up( most are mumble rap trash anyhow) but sure am glad I discovered this ! Pure 🔥

D.Rok37 - Shady Records u better believe the Hype is real

if you like early Wu solo joints from Raekwon & Ghostface Killah you'll love this, Grimy beatz with old school feel that street rap at it's finest 5/5

💥💥💥Listening since 2014 they finally getting the props they due!

A must for any hip hop fan!

What do you think Wwcd album? Can you share your thoughts and listen experiences with other peoples? 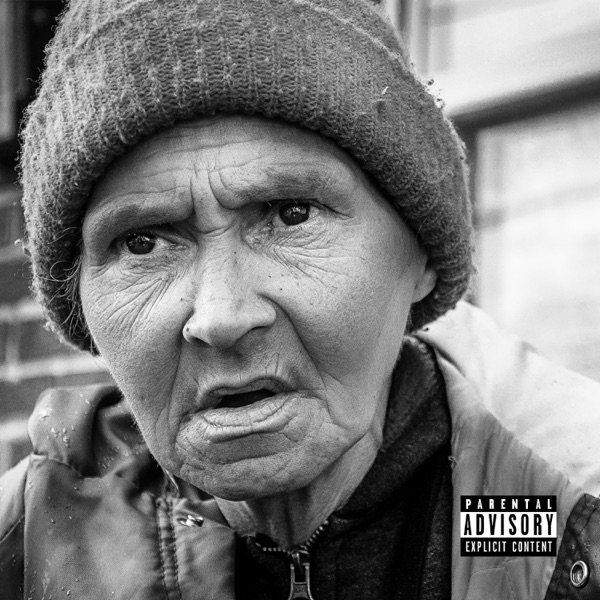