Top contender for AOTY, no skips on this except the two remixes at the end but they still fire, I just like the original versions better. This album is amazing and makes me excited for Tjays next album. Hopefully it’s better. Best tracks: Decline, F.N, Dream That I Had, and Post To Be

The whole album sounds the same , would rather listen to joe exotic than to this 💩 💩

Your epic bro but could you please make a clean version of your album! And all of the music you make ever! It makes it easier on the guys like me who like there rap clean. Thx Lil Tjay Keep up the good work!

no one can stop him he feels like the greatest

Best rapper only been at it for 2 years‼️🐐

Love one take and hold on!!! Def fav songs on album. Some songs could b better but it’s a solid album. Great job tjay!!!!!! Love ur style

ion care what no one says. tjay the best for real. got me through so much. his music really b speaking to me

love it all beats are amazing and lyrics flow nice

This man writes with passion. I can understand everything and can sing everything fluently. Keep doing what you are doing lil tjay

Shdjfgfjwhdjehdjdjdbdj - First half is amazing

The first half of this album is really good. The second half is just not good u fortunately. Best songs one take, hold on, dream that I had, ruthless, and mixed emotions.

i feel as though this album was a success for young tjay. his style of emotional singing/rapping when he needs to appeals all. his ability to switch up the flow and the transitions are amazing. he’s also proven that he can switch away from the slow bittersweet tones of f.n in his other songs like leaked where he adds excitement to the track. he proves his stamina and lyrical genius on his songs “goat” and “ruthless” and with his song “hold on” he displays a completely different vibe. his reminiscing on his success without hate in “dream that i had is perfect. overall the best songs in the album are as mentioned before: goat,F.n.,ruthless,leaked,laneswitch,one take,dream that i had,hold on,post to be, and brothers

Seems pretty good so far he has different flow than usual

Ebani Ochoa - This is fire

This is one of the best albums of 2019 Best songs F.N, Dream that I had, Ruthless, Hold on, and Decline

wd gf dfvvdcvb Bc dth - This was amazing

Lil Tjay has really delivered on this long awaited album and he goes all in . There is not one song that I won’t listen to again, there all so different and I hope to see this on all this other music videos in the future . My favorite ones are the brothers and leaked remixes. I thought It was great for us and him to add new lyrics to some of our favorite songs. I hope we get more remixes like that maybe long time or resume . Keep doing what your doing Lil Tjay.

Tbh I expected better from Tjay, I feel like some tracks are repetitive. I only listen to 4 new songs on this album.

One Take, Dream that I had & Ruthless all best!!

RCWIESE - Kid knows how to make bangers, thass it

He and Gunna smokin all these other lames out here these days.

Knows how to flow and ride the beat

This album is pretty awesome. Not tjays work but definitely is good. Best song is top of my game or dream that I had.

Add me on snap @domdagoat02 ‼️

Heard all different types of vibes in this album, too fire. congrats on the album

No2jr - I love the album but there’s no clean version

I’m someone who does not like to listen to cuss words. I rate the album a 5 star, but overall it’s a 4 star because there is no clean version. I wish that there was. Maybe you may see this comment and possibly make one. Thanks so much for being a great rapper but it would mean so much if you made a clean version. Thank tjay!

This kid is only 18 but he sounds like he’s been doing this for 5 years. He carry’s himself well and makes great music.

My ears is bleeding straight 🗑🗑🗑

Noble, King - Auto toon much?? You’re not even a rapper I’m sorry.

I love the way he makes his story into a song 👍❤️

The album was okay. Most of the songs on here came out a long time ago. The new ones are decent. I love lil tjay but this album wasn’t anything special.

Been following lil that since SoundCloud. Knew it was just a matter of time 🔥 NY prodigy ⛽️🔥

Dd.sr - Lil Tjay is the next big thing

Great album. Only problem is a lot of reused songs.

I've never listened to Lil Tjay before, but I'm a big fan of this one, especially Leaked with Tunechi.

When I came to twitter I swore two things to myself.: 1) I'd speak my opinion freely 2) I'd never post something I'…

@True_Niko Sorry man. I've been wanting to start punk elite collection for a while. Thanks to work bonuses , I was…

I was relatively ignorant prior to this movement about the true effects of racially based systematic opression. But…

What do you think True 2 Myself album? Can you share your thoughts and listen experiences with other peoples?

True 2 Myself is the debut studio album by American rapper Lil Tjay, released on October 11, 2019.. 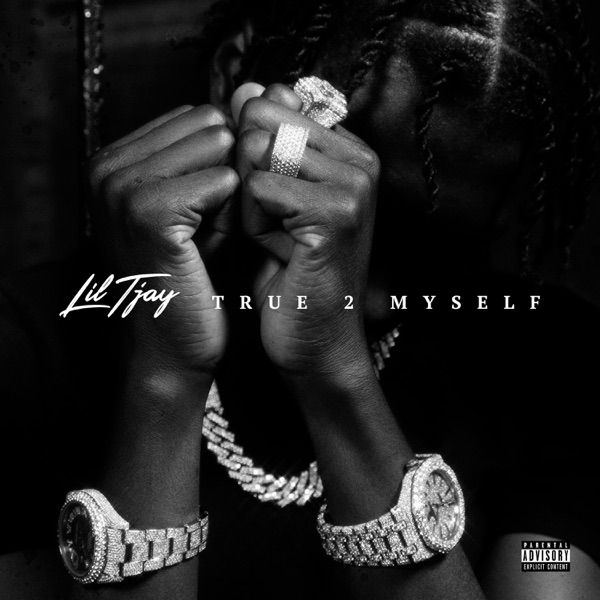