love it to death. so proud of him and his continuous growth, in his music and artistry in general! ❤️❤️❤️❤️❤️❤️

ZekeCager - Greatest Entertainer of My time

Another excellent album. Mix of hype songs, Rnb and dance songs. Catchy tunes and tons of content for the real breezy fans.

Smart marketing idea to make the expanded edition BUT i would have just made to when you buy the bonus songs to add to the album every song is fire!

This is great specially tell me how you feel. The extended version has more options of songs.

zeevoguehairstudionyc - For ever my goat nobody compare to him 😘😘CB

I absolutely love Chris Brown. Think what you want about him but you cannot deny he makes great music.

The first album Indigo is really genius. I never saw where two different versions of a song was put together in one song. He has preludes at the end of some of the songs and I actually fast forward Emerald Burgundy to hear the ending because it’s beautiful melodies and words. I listen to the album and I can find calmness in chaos and it get me through long commutes after work. I really Love the song Part of the Plan it’s like something coming from the heart. You can talk about this young man but he bless many with his music.

Even god forgives I am sure once he had his daughter he regretted EVERYTHING he did in the past but I notice that the people of today would do anything to break someone down. I am not a big fan of him but when someone deserves credit for their gift I give it. Miserable people don’t get NO WHERE. Everything is exaggerated to the MAX no a days it’s SICK. If your not happy with someone just move on and leave it up GOD your no one to judge. Don’t rub off your negativity on someone else because your miserable.

Jordan ironzzz - Chris brown is the greatest artist of this generation

If this guy doesn’t win a Grammy, I’m protesting..

The album is good

Dustin's boo - I love Both of Chris Brown’s Albums

I love all of Chris brown albums every one I have in my phone I love so much. I mean this man is a genius and his music touches so many people in the world who have been a fan like me for so long. (Yeah I threw his cds away but that was my choice cause at the end of the day I have his Music on My Phone and IPods right now and I keep them under a playlist Just made for Chris Brown cause he makes my life so much better being that I seen him 2 times in concert he made my life so much perfect

Love it, please do a video

lenny✨ - one of the best in the game

think what you want abt breezy, but NO ONE can deny that this man is hella talented. he’s arguably the best performer in the game, and is still dropping hits 15years later. i’m not embarrassed to say i’m super fan, chris brown is timeless!🔥🤩

Constantly delivers!!!!!! He is an inspiration and is constantly misunderstood. He has grown as a person and as a man these last few years and had become a role model for anyone who is striving for greatness and consistency in the music business! Love breezy forever! Keep it going!!

Heartbreak On A Full Moon (Deluxe) was 57 songs total, Indigo (Extended Version) has 42 songs that’s 99 songs within 2 albums what other artist is working hard as Chris 🤔 I’ll wait. #thebestever🐐

Omg! Omg! Omg! I’ve Been A Huge Fan Of His Since He’s Been In The Game 15yrs. I’m So Proud Of This Man.. He NEVER Ceases To Disappoint! Team Breezy Stand Tf Up!!!! I Can’t Wait Until He Comes To California For His Tour, It’s Sooooo LIT!!!!!

Do you ever really expect anything bad from the 🐐 🔥🔥

He just keeps killing the game, never disappoints he will always have my support... Looking forward to the next album

Why does this guy continue to release awful music just months after he released an extra long album? What's the point of releasing all this music if it all just sounds the same and takes no talent to make? Who actually still listens to this crap anyway? Even for fun club music, pop music, or music that doesn't take itself too seriously this is bad and that's saying something. Chris Brown's last good album was X in 2014, ever since then he's been terrible and popping up on everyone's song with his horrible autotuned voice, it's time for him to retire!

Greatest of our Generation

Best overall artist out there

Never lets us down 🔥🙌

Can’t fault it. Every track is amazing!

INDIGO SEASON: a gift that keeps on giving!

Indigo season has proven to be amazing, the album has charted well and has an amazing number of streams! The whole album itself was already a vibe, and now he drops an unexpected extended version. He was born to make music! One of the greatest performers of this generation, period. Chris is the ultimate GOAT! ❤️🐐💯, Thank you so much Chris Brown for blessing us with ur music! Team Breezy forever! ❤️

What do you think Indigo (Extended) album? Can you share your thoughts and listen experiences with other peoples? 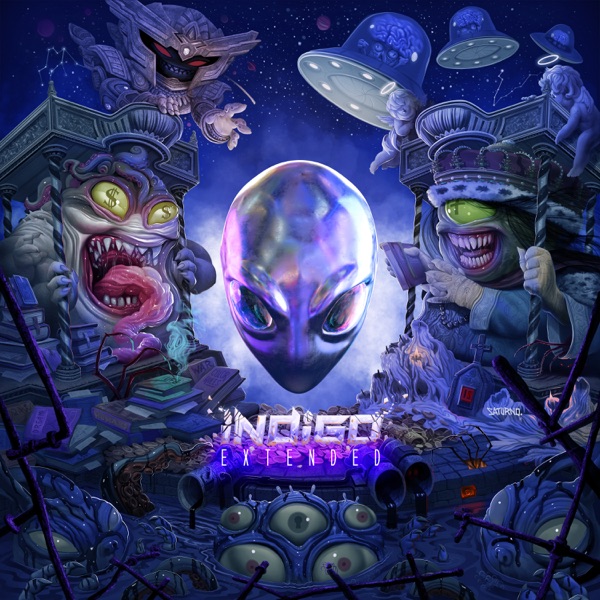