Herstory in the Making by Young M.A Album Reviews

She can’t be compared to any rapper🙅🏽‍♀️ she’s her own identity, and don’t compete with others! She’s herself which is a win win! She’s humble and don’t have to post and show every move! She tell stories through her music and beat independent rapper I’ve known🔥🔥🔥

The title says it all

Not what i was expecting. She has the bars and the versatility in the world? But her production/beats are lacking. Think of Oooui and Hot sauce and now compare it to this, lyrically she is solid as usual but she was trying too hard Im my opinion on some tracks and it’s a track or two on here that had her sounding like Drake Smh. I hate the industry’s man🤦🏾‍♂️

Album is amazing. Young M.A doesn’t disappoint and it was worth the wait!

This album is better then I expected. MA freestyles are always Fire 🔥 & that’s what she gave US on this album...

It's a cold world, brr-brr, buy a fur

Whole album is fire ❤️💢 she definitely showed different sides to her .

I usually only stream but this is definitely worth a purchase ! 🔥🔥

Young M.A Delivered a unique and super intentional album listening to every track literally was like going chapter to chapter in a Zane book (that’s an Author btw). She told “HerStory” as it is her self titled album. If she’s reading this I just want you to know you did your thing and it was UNAPOLOGETIC. Oh and if you paid close attention she didn’t just make songs “Herstory” but observations on different type of woman but in a males point of view. Ugh she’s Fire. Bye haters!

Your missing the walk track and quite storm

If Your Young Daughter likes Young M.A....Now, She probably Likes PORNHUB too! Oh, and that's very "empowering" for young women, especially lesbians considering they're mostly viewed as being "oversexed" anyway. If it was M.A's idea, bad decision for the young girls who follow her, and she just killed her future endorsement potential. If it was her management, then they are clealy expoiting her naivity. Then again, she's a grown woman, and it's all about "the Benjaminz," right? Makes me wish you had been exposed to more money growing up, perhaps you would have more self-confidence than to take that route (that's sarcasim). Their is nothing new about girl-on-girl porn. It's always been there. She can spit, but I checked BMI and ASCAP to confirm who's writing her lyrics, and it's not all her. It's some guy/s. So it all makes more sense now. She does know that people check that, right? If their not listed as a writer, they can't get paid unless paid under table as ghostwriters. And strangely, some of her songs are not listed on either site as if they've been intentionally hidden. Maybe I missed something. Lyrical Ability: 8 Consciousness: -10 (I'm not trying to hate...I'm trying to help her).

Best hip-hop album I’ve heard in years. Possibly a decade. Talent and character and originality all over the place pushed to 11.

Probably the best female rapper in the game. Deep lyrics I like it.

Dope album, M.A better than most 98% of these dudes out here! Kold 🌎

I wish the album had more heat like the intro.

Been waiting on this

Young M.A.’s style is what male and female rappers fear . She spits about females much better than most male rappers ( which is pretty hilarious ) she’s not out here talking about stripping and nonsense . She’s also improved on her delivery and flow . This album is straight fire , from beginning to end . There’s nobody like her and I absolutely love it . Keep doing your thing!!

This is bad Retry

Ragged everywhere - MA did his thing 🔥

Worth. The. Wait. I hope her numbers do well. Tracks flow nicely. I can’t believe people are complaining about the number of tracks. Folks have BEEN waiting for this album. It should have a good number of tracks to compensate for the singles she has already ready released.

Rolymiami - I dont know who Young M.A is but

The title of the album Herstory in the making is clever! because its her instead of His even though she looks manly doenst matter you go girl do your thing

Young MA always comes hard. One of my favorite rappers right now. Album could have been trimmed a bit, but it had hella bangers

While I don't like every song on this album I do like the majority and the definitely has a great flow. Always consistent with dropping those summer hits. This album was everything I expected it to be. I didn't expect to like every song but I was surprised to like as many as I did. Keep up the great work M.A. and stay true and loyal to the fans. She has something for everybody on this album.

Carrillo sergio - History in the making

One of the best song on here is NO LOVE 🔥🔥

Amazing album the intro tho🔥

I’m so glad car confessions is on the album, I’m so hyped

What do you think Herstory in the Making album? Can you share your thoughts and listen experiences with other peoples?

Herstory in the Making is the debut studio album by American rapper Young M.A. It was released on September 27, 2019, by M.A Music and 3D. The album features guest appearances from Max YB and Relle Bey and features production from Zaytoven, Mike Zombie, Amadeus, and NY Bangers, among others. It follows her Herstory EP, released in 2017.It was supported by seven singles: "PettyWap", "Car Confessions", "Bleed", "Stubborn Ass", "Big", "PettyWap 2", and "No Mercy".. 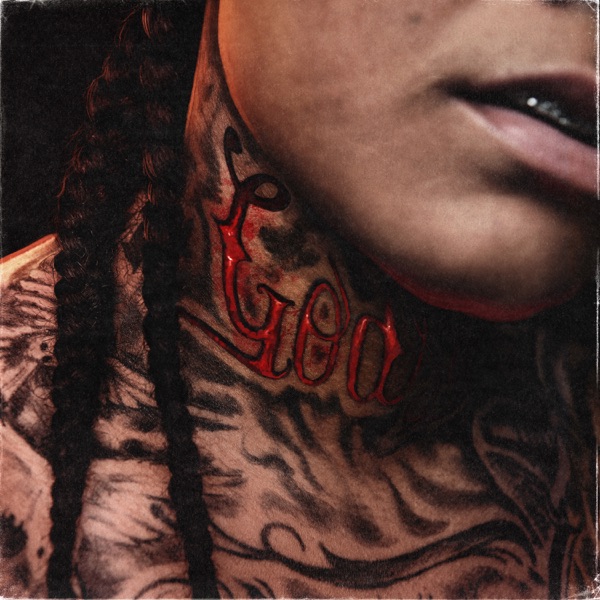 Herstory in the Making Album Credits

Herstory in the Making Similar Albums