This is not new, these are track were only on youtube/soundcloud they weren’t available anywhere else, now everyone has them in one place.

Fire! Happy to hear drake old school music on this track. Only missing the song something but all songs are fire!!!

What a Blessing, idgaf what anyone’s says... Drake is probably the best to do it!

Mquinones87 - Drake is the man

Love it thanks drake doing it for the real ones

You started off lying about coming fron the bottom when you came in almost at the top. Now you just sound soft. Just stop. It's a shame i have to give you a star. You don't even deserve half.

Always wanted these on iTunes

Filler BS that didn’t make the cut on previous albums.

Thank you Drake, I really needed this “Care Package” right now in my life...your music has got me through more than you’ll ever know* 5 Stars straight 🆙

Soft album. Hard to play any of these loud lol. Like a early 90’s flashback but he could have done better I think.

i will miss MJ RIP - Trash too much audio tune

Same old style and want to be singing

Carolenaaaaa - I’ve been waiting for these to be released!

This album was released on my birthday♥️

I thank you Drake for the inspiring and moving speech at the Grammys. Drake is a talented artist yet a down to earth person which is both rare nowadays in the music industry.

I have been a fan for over 10 years. Thank for this album, I no longer have to go on YouTube. He’s still got sweetman and pistols and many other songs that need to go in an album. Drake if you’re reading this , please follow me @brown.champagnepapi

I love Trust issues for a long time and a few other favorites on the album .. love it 🥰

But he forgot to add Freak in you remix with partynextdoor. So I still have to listen to that song on sound cloud

Finally all the songs that was never available in the US store!!!!

So he released a playlist.

Sinatra Lifestyle, I’m Just being frank with ya! 5 AM in Toronto is one of my favorite songs of all time. To dominate for other rappers to handle!

Hardest song on here next to Trust Issues.

Why are all the Kanye west fans writing reviews

Your a legend and don’t let anyone tell you different.

slattster777666 - Not better then trippie reds!

I didn’t know he could make an album worse than Scorpion, but he did it. There’s maybe one good song, if even.

ToThaTop - Glad to have the old songs

Warriors should have won drake

Not a drake fan but usually give a listen each album. My verdict. It’s Ight. 2/5 mics. Only song I like is Heat of the Moment. Other than that throw everything out.

GWushington - No bangers - all for the ladies.

Usually there’s at least 1/2 songs for the wifey &1/2 and songs for me which I can dig but this is all for the ladies.

Idk what to say

If he goes back to his old style, I'll be a Drake fan again.

It won't let me use nickname - Um

I mean it's alright, but these are old songs, he was average back then, and has only gone downhill

I love drake but all his new albums are so soft. I miss the old drake!

Nothing new, all his songs sound the same! Ughh make it stop! I was forced to put 1 star! Deserves 0 stars!

Y’all know this came out in 2016 and was released this year right? It’s not new

Tihehta - Music to my ears.

Have some of these and still gonna buy it. Great "Album", alternate universe. Drake is cold. #1

This album is the best one no complaints great work drake

This mans been spitting the same dry bars for years and nothing has changed. This is that crunchy oatmeal poop sundae for your ears, but you’ll probably still listen to it because your brainwashed and hungry for the ovo D...

Just not what I am looking for

DjBruta - Been waiting for these blessed songs for the longest time 🔥

More of the same from every soccer moms favourite goat sounding rap-pop puppet.

Austin62101 - Drakes trash, go recommend this to your mom

Can’t wait to forget this album

Armansan121 - Best drake album in a while

This is the best Drake album in a while and it’s a shame that it isn’t that great.

I now have something I can listen to for the rest of the year. This album is fire 🔥, dare I say one of his best. He’s Spitting on these tracks

It’s a solid collection of songs. It’s refreshing to hear new songs from this era of drake because how mediocre his last three projects have been (views, more life, and scorpion)

This slaps on a different level 🔥🔥🔥

FINALLY my favourite Drizzy bop of all time is available without having to do some backend You Tube searching. Allllll OVO Fest weekend long. These tracks are true gems.

Been waiting a long time for these b side singles to get released here, now these kids can listen to good drake lol

What an over rated artist. This is what happens to music when downloads and streaming devalue music. You get d grade artists that are popular but contribute nothing to the industry. Drake won’t be remembered in ten years time and certainly won’t ever be recognized as a musical great. God awful

HeyYou! - One of the most overrated artist

He can't say or rap.

I see Drake has been releasing a few albums yearly now and it just seems to be quantity over quality recently. This album is pretty average compared to his recent More Life album

New album, new songs and great prod.. we’ve been waiting for so loooooong time.. Missing a few featuring to get 5 stars

DrakeOvoSound6 - Just get on Spotify lol

Oi I’m first review mate, you cannot lie these raps i’m making, mate they are flie you play games on your phone i play games on the cone at school on a playground SO YEA MOITE FIVE STAR

Looks like his fame is slowly coming to an end

shaqgm - It’s like drizzy read the iTunes review on scorpion

Been looking forward to this. Really disappointed!

LKrZl - Dropping an album for the sake of staying relevant

It’s never been about art, he’s turned it into money making and I’m not here for it

Debidkim - Definitely has some bangers that deserve to be recognised!

Many introspective songs that are rare now, plus some songs that are abundant in wordplays with meaning. This is Drake’s previous works and quite a few of them are unique and will be cherished!

F***king genius in every sense of the phrase. From the title to the selections.

Been waiting for 4pm in Calabasas to come onto streaming for a minute. A care package of hits, all blessings to Drizzy.

@amazonfiretv: GIVEAWAY: Whip up some tasty meals with our kitchen care package, complete with a Fire TV Stick so that you can use the @…

Target ain’t finna send her a care package or nothin, did all that for nothin... stooopid ass

@Truth_Gazette: Shoutout to the Trump Campaign for sending this care package in the mail yesterday! Honored to be apart of @TeamTrump! N…

@TimesNow @narendramodi @thenewshour How much package have you received from pm care fund. Ask the question To the…

What do you think Care Package album? Can you share your thoughts and listen experiences with other peoples? 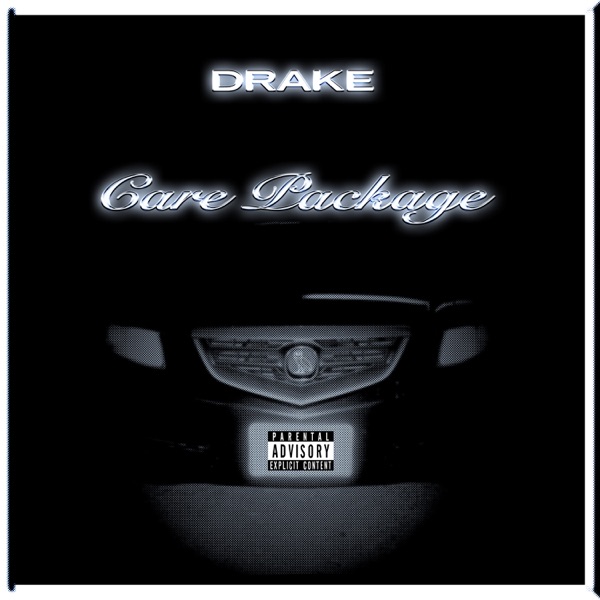