Why are they not blowing up

Best compilation album of the year. I would much rather listen to this something like control the streets 2 or only the family. This is a group of talented artists coming together to make some fire music. Sacrifices is by far the best song on this album. I also like under the sun and sunset and costa rica rebrand it and ladies ladies and down bad and more songs. I like how the had middle child included because that is a great song to. Just a good album.

This album is very influencial and goes hard! Tha boy J Cole not on your list you slacking! Cole says it the best I'm lil bro and big bro all at once

Thats all i gotta say.

Even after enormous success Mr. Jermaine Cole still speaks of his home, mentioning Yadkin road in his poetry. Keep holding it down good sir. Wonderful musical art project with many great voices of today. Thank you!

I love the old school vibe mixed with the new school.

Greer15 - This album is kinda sick

I have been listening to Bas, JID, and Earthgang for a while now, and this album is a dream come true. Lambo Truck and Costa Rica are both hot hot hot

People that are giving it 1 star really doesn’t listen to underground rap. It’s a solid album.

Trash with a side trash and a light sprinkle of trash on top.

fris labot - This was very put together

I love the album 🐐

Honestly it was fire! So many different AMAZING artists on one album! From maxo to earth gang to JID! This the HEAT

Long live EARTHGANG! Long live Dreamville! Long live J. Cole! These guys are fire!🔥🔥🔥 One of their best albums... yet. Man, if they gon' drop Revenge of the Dreamers IV in the future, I'll look forward to listen!

Hand down, has diversity, trap, lyrics and bounce music... best album hands down

Listening for the 3rd time tonight. This album finna be on repeat for a while. First time I’ve been excited about finding new music in a while 🔥🔥🔥

A little disappointed but there are some good tracks.

All the people who put 1 Stars on this album are under 20yrs old. Please understand the volume concept of this album.

This is some of the best work ever

Honestly there’s a few bangers but just didn’t feel a lot of the album, felt too busy. 1993 had the best beat on the track but was ruined by the smoke weed bits, I was waiting for the flow, got it, then it was immediately interrupted for laughs I guess. Cmon guys

If you gave this album a 1 or said this was trash, then you obviously have no idea what hip-hop or real music is.

There are a couple songs that aren’t that good but a lot of great songs too. Also was expecting some better features tho like where’s Zay and Krit at?

Dreamville put together an amazing project!

Great album! Give it a listen you’ll be impressed with it 🔥

Adquan - JID and J cole back with the crew🔥🔥🔥

Straight fire! I can’t find one song that isn’t original

No other artist performed the way He did on that verse

Can’t believe MGK Stan’s are on here trashing this. Keep it up Stan’s your desperation is showing. Cool album.

Wow. Been on rotation since release and I’m still surprised. Apparently “grime is better tho fam”

revenge of the dreamers III soothes my soul on a spiritual level. i’ve never felt so peaceful 🙂

@Dreamville releases two new songs 'Down Bad' and 'Got Me' - 'Revenge of the Dreamers III' is coming!…

@HipHopNumbers: J. Cole & Dreamville - Revenge of the Dreamers III turns 1 It created history Most collaborative No. 1 album in Hip-…

@chartdata: [email protected] and @JColeNC's 'Revenge of The Dreamers III' has now spent a full year on the Billboard 200.

@TheDonCoog: While we wait tho. Peep the Kickin It’ interview I did with @DeanteVH ! We talked : - His deb…

@DailyLoud: J. Cole and Dreamville’s album “Revenge of The Dreamers III” has now spent a full year on the Billboard 200 chart 📈 https://…

Revenge of the Dreamers III did not get the appreciation it deserved.

@chartdata: [email protected] and @JColeNC's 'Revenge of The Dreamers III' has now spent a full year on the Billboard 200.

While we wait tho. Peep the Kickin It’ interview I did with @DeanteVH ! We talked : -…

What do you think Revenge of the Dreamers III album? Can you share your thoughts and listen experiences with other peoples?

Revenge of the Dreamers III is the third compilation album by American record label Dreamville and J. Cole, released on July 5, 2019, by Dreamville and Interscope Records. Revenge of the Dreamers III includes contributions from Dreamville artists, J. Cole, Bas, Cozz, Omen, Lute, Ari Lennox, EarthGang, and JID. The album features appearances from several artists including DaBaby, T.I, Young Nudy, Buddy, Reason, Maxo Kream, Ski Mask the Slump God, Mez, 6lack, Mereba, Vince Staples, Ty Dolla Sign, Dreezy, Smino, Saba, and Guapdad 4000, among others. The album features production from a variety of record producers, including T-Minus, Christo, Elite, Bink!, Deputy, Henny Tha Bizness, Hollywood JB, ChaseTheMoney, Pyrex, Galimatias, Pluss, Kal Banx, and Cam O'bi, among others. Recording sessions for Revenge of the Dreamers III took place in Atlanta, Georgia at Tree Sound Studios over the course of 10 days in January 2019. A total of 343 artists and producers were invited, while 142 songs were recorded during the sessions. On the standard edition of the album, 35 artists and 27 producers contributed to the final product. The album was accompanied by a thirty-minute documentary titled, Dreamville Presents: Revenge, documenting the recording sessions.The album was supported by the single "Middle Child", and two sets of dual singles. The first of the two sets included the songs "Down Bad" and "Got Me" and was released on June 12, 2019. The second set of dual singles were released on July 1, 2019, titled "LamboTruck" and "Costa Rica". The deluxe edition of the album was released on January 16, 2020, with 12 additional songs supported by the dual singles "Bussit" and "Still Up".Revenge of the Dreamers III received positive reviews from critics and debuted atop the US Billboard 200, selling 115,000 album-equivalent units in its first week, earning Dreamville its first US number-one album, and J. Cole his sixth consecutive number-one album in the country. The album also debuted at number one on Billboard's Canadian Albums Chart. Revenge of the Dreamers III was certified Platinum by the Recording Industry Association of America (RIAA). The album was nominated for Best Rap Album at the 2020 Grammy Awards, while "Middle Child" and "Down Bad" were nominated for Best Rap Performance. . 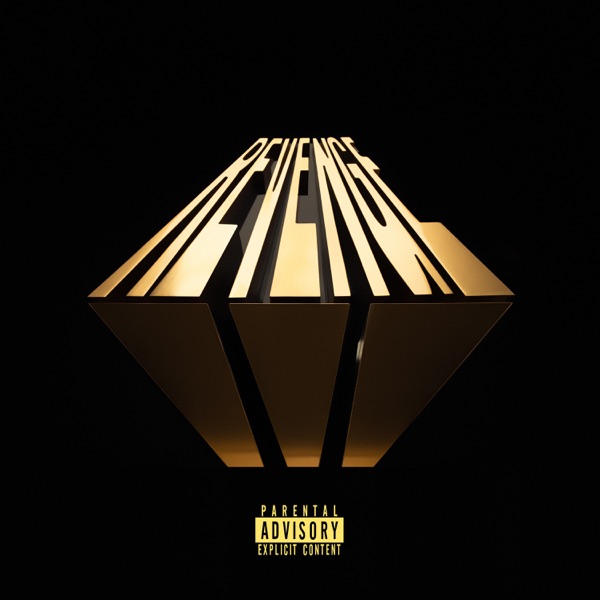