What do you think African Giant album? Can you share your thoughts and listen experiences with other peoples?

African Giant is the fourth studio album by Nigerian singer Burna Boy. It was released on July 26, 2019, by Spaceship Entertainment, Bad Habit, Atlantic Records and Warner Music. The album is a mixture of Afro-fusion, Afrobeat, dancehall, pop and hip hop. It was primarily produced by Kel P, along with production from P2J, Benjamin Zill, Mr Kleb, DJDS, GMK, Chopstix, TMXO, Dre Skull, Skrillex, Levi Lennox and IO. The album features guest appearances from Zlatan, Jorja Smith, Jeremih, Serani, M.anifest, Damian Marley, Angelique Kidjo, Future and YG. African Giant was supported by six singles: "Gbona", "On the Low", Killin Dem", "Dangote", "Anybody" and "Pull Up". It won Album of the Year at the 2019 All Africa Music Awards and was nominated for Best World Music Album at the upcoming 62nd Annual Grammy Awards. . 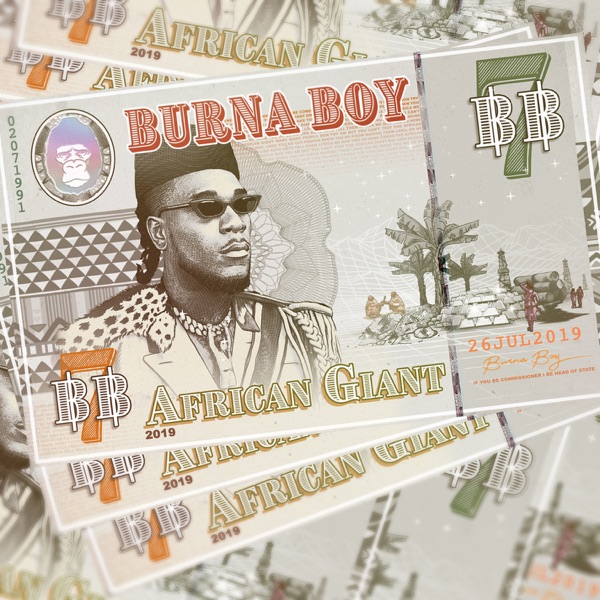