Is it ever going to end or is every one of their newest singles going to keep being added to it?

I’m a big fan, but this is by far the worst piece of crap they ever put out. Need more things like “Roses” & “Something just Like this”

THE FREUDIAN SLIP - NOT DANCE MUSIC

This is more like electroni-techno, alternative pop. What happened to actual "dance" music. Chainsmokers are one of several groups that illustrate all that is wrong with placement of selves in the "dance" genre.

Their music is great, but they lack tunes. Every song’s refrain sounds the same, which was not true for their previous albums. They seem to have run out of unique tunes, and they all sound generic. I hope they come up with better refrains in their next album.

Wish I could give less than one star. Everything they do sounds the same. No creativity put into this at all. The lyrics are simple and recycled from everything else right now. Not sure how this is enjoyable to anyone.

I really loved the first three songs they put out and how it all talked about personal and mental illness and then it just went to corny love songs and the album was just everywhere.

Guille not cool - This ain’t it

Maveyaelise - The guy “singer” ruins this

The songs would be good but the main guy “thinks” he can sing, sis you CANT, maybe you should see that we all agree on this

Loving the new song. Huge fan of you guys, but my only wish was that this "new" album was full of brand new songs. We've been playing most of these songs all year round. Sick Boy era has been done with. And PS. Despite what some say, I Love Andrews vocals. Sounds so smooth, especially on the new song.

This is so good! Every single song is great!! This is their best work yet!

They all sound the same, but I LOVE side effects, and that’s about it

Have to agree with some that the songs would be much better without the guy who’s sings in most of their songs (not sure if he’s in the group or just a BFF or whatever); his vocals kill the track every time

I don’t get all the hate!

Love the songs, I just wish they didn’t do it single by single! It became messy! Love the album though!!

What a great birthday gift for me.

I loved Memories...Do Not Open so I was curious to see what they were doing next. This one is just as good as MDNO, maybe even better. They have there poppy sounds but then they just got hard with sirens and save yourself. I cant wait to see what they make next, Great job Chainsmokers.

wordt movie ive ever seen - It’s really not that bad

People are saying that one guy can’t sing but look at all the artists that are famous and can’t sing.... hello Britney spears??? JLo isn’t the best singer either! The guy can sing fairly good and with a little help it turns out nice. Nothing spectacular but nice. The featured artists always sound great and the beats might be mainstream/typical but listen to any of the top 100 songs... they all sound typical. Sooo those who rate and write reviews should do so logically and not just give negative reviews just because they don’t like the two guys in the band. Base the review off of the actual music and compare it to other music that has come out recently. Mic drop.

They are unique and do their own thing ! Drew sings really good as well, in fact I like their songs way better when he sings! Love them and rather listen to them then anyone else 😍😍😍😍😍

Great Album like their precious ones. I enjoy their all their songs they make

The Chainsmokers have been doing pretty well with older songs. I personally believe that the chainsmokers songs that have been coming out most recently haven’t been the best. I do however like that they are doing some of this EDM music I think that is a good change. Closer, all we know, and Paris. We’re all the good stuff

This sounds nothing like what they used to produce….they should have stuck with the style they used in Closer, Something Just Like This, Don’t Let Me Down, Paris, and Roses.

Ahh sick boy is amazing I love it and it’s super catchy AND I’m listening to it as I’m writing this :3 I love it!!

It’s good but way more mellow and middle of the road. Good beats and melody but nothing to rave about. Not amazing but good.

SundayAnne - I. Fxxx with this album

Let me just say I’ve never been the BIGGEST fan of the chainsmokers, okay I lied maybe one or four songs but this album has literally given by brain a serious euphoria .. I worship you guys, please never stop making music <3

Swiftie2118 - Wish there was a zero star

This album isn’t the best, some of the songs aren’t good at all, but some I actually kinda like. This album is ten times better then memories do not open.

I’ve been a fan since the beginning and I have to say this is the best release by far, love the new sounds in every song!!!

i’ve been a fan ever since i heard Something Just Like This. i heard it when my sister was playing roblox, then i started listening to all of their songs. i have to say, they’ve done much better, but, still pretty good

I love this is kinda like explains—I don’t how to explain this...but I can image this! I also love the rhythm! .✖︎. So uh...thanks! -Your friend Tapey :P

I’ve been a Chainsmokers fan since their first songs and albums, and I can confidently say that this is the best album you’ll ever hear!! It’s so good!!

Well I can safely say that this is another success for this group. I love listening to all their music. Closer is still the best song from this project. If you love lighthearted songs about love and relationships then this is a great album to listen to while you run or workout.

This album is great! I love the Chainsmokers! I’d say there are about 3 songs on here that are garbage. That’s the only reason I give it four stars. Still love it though!!!

And that’s fine if that’s your target Audience... but even for POP it isn’t good. You guys have potential & can do better..

How many times are they going to re-package the same old songs as a “new” album?

This album is causing my ears to bleed , by the way who ever reviewed this at iTunes is insane to think “Sick Boy” shows off their production , songwriting skills etc ..... actually take that back ... it does because it’s just god awful. I see no hits on this album it’s not even mediocre . Safe yourselves money and invest in another artist

You guys came such a long way from memories... do not open I love this.

I think it’s awesome! It has so much emotion it them! But I do have to agree with everyone else, PLZ MAKE A NEW ALBUM!

Vancouver150 - Not that good

hubbacat - Love it, but upsetting

Okay first the neg: Awww! They pulled a David Guetta! Released 'Sick Boy...This Feeling' in September and now this in December with three extra singles! And you can't 'complete my album'!! Now the praise.... no words. Love the breadth. See them live if you can!!

A variety of sounds and essentially 10 singles!!

I like 6/10 songs from this album. I like 11/12 from their previous album. Personally I'm not sure if it's an upgrade or not but it's not that bad.

Very strong album, much like the last one. Some great collaborations, a must buy if you liked the last album Memories.

@NONBlNARY casio I just met u but ur fucking sick if u could tell mona that game boy spyro will never happen BUT ganondorf shotgun WILL that would be so sick- love all of u.

When I was a boy if there was a film with spitfires in it, Im there, now Im sick to death looking at them!.

What you think Balloon Boy is attractive YOU SICK FUCK YOU SHOULD BURN.

@woods_jpeg God damn I will never get sick of your tweets.

I’m feeling sick and I ain got the flu boy I’m missing you 😩#oshyn.

@THEANTMUULAH__ Some of these comments from men make me sick. Dismissing the fact that men grow up from this thinking that disrespecting a woman is okay. It's true that a woman can't teach a boy how to be a man, but she can sure teach him respect..

What do you think Sick Boy album? Can you share your thoughts and listen experiences with other peoples? 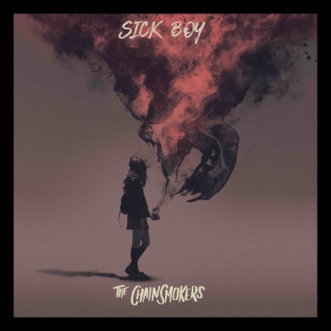