Appears to be bugged, vanished from library

ElliZebra - Bought it and disappeared.

I bought this when it came out on this iTunes account and come and get your love disappeared. Now it says I don’t own it.

You get your money’s worth

My son and I bond over Marvel movies and this is our favorite album so far. It gets him familiar with older songs and reconnects me with some that I grew up with.

Guardians of The Galaxy is my favorite movie, and I love the songs in it. I have watched the movie about 20 times already and I plan on seeing it more.

Just wish u could buy the songs separately

I love guardians of the galaxy and the song hooked on a feeling.

Moe The Lion - Best soundtrack ever

Best soundtrack: Come and get your love

Watching guardians of the galaxy v2

Movie Anarchist - The Soundtrack is Sublime

It’s difficult to describe the great feelings I get every time a song from Peter Quill’s mixed tape is played, but the one that starts the movie has special meaning to me. It was 1974/1975; I had just smoked some “Acapulco Gold,” put on my headphones and placed a 10 CC album on the turntable. I felt like I was floating outside of my body, but when “I’m Not in Love“ came on it was overwhelming. The stereo mix of sounds bouncing back and forth from left to right over and over again, combined with the impact of wearing my headphones, was so powerful that I could swear I was able to “see” the music. This never happened to me before or since, but at that moment I fell in love with that song. I recognized it the second it started playing at the beginning of Guardians of the Galaxy (2014). Maybe “big boys don’t cry,” but tears came to my eyes.

The soundtrack plays a huge part in the feel of a feel, and it’s crucial in this film. They put together an amazing list of songs to show Quill’s love and connection to his mother and his youth. It’s impactful, hilarious and action packed. Love love love this soundtrack.

Omg I love blue swede and everything else in here! It’s a dream come true and I don’t need WiFi to hear it! Bus rides will be heaven!

This is a wonderful soundtrack. I love the old jams!! The music is vibey lol

WorldQuestioner - Not fit for a sci-fi movie

60's/70's/80's hits is very cheesy for a space opera. Space opera is supposed to have a modern theme like Star Trek and Star Wars, not old fashioned. Orchestral and electronic music is much more stellar, celestial, and cosmic. Listen to the film score even though it doesn't seem to have synth. But I guess this is the music that Star-Lord grew up with. If I wanted old hits like these in a Marvel or DC movie, I'd rather have it in a down-to-Earth movie than in a space opera.

Amanda Laughery - Where did it go

Bought this album months ago now it says I don’t own it???

When we got it .already loved the movie and music I loooove this album

Giving it 5 stars because Moonage Daydream is on it. Love David Bowie. The rest of the music is really good too, but I only listened to most of this, not the whole thing. I like how it’s older music.

It is truly an awesome mix

The 2 of the songs I really wanted did not download in this album. Why did I pay for it for not all the songs. RIP OFF

Huge fan of the guardians of the galaxy!🙂🙂🙂

Literally every song is great

I love this mix! I know its a soundtrack but I feel good when I am listening to it because I feel like if I was actually in the movie.

[email protected] - I love it

Every song in this album is a flagship song. By that I mean every one of them is one of those songs that you have listened to over and over again for about a month or more. Then get a lot more exactly like it and put them all in an album.

WHOO IF U HAVENT ALREADY WATCH BPTH MOVIES ITS AWESOME

I never really liked the songs until I watched the movie(I’m a huge fan) And now I can’t stop listening to songs like this!

Full of an epic blast from the past!

Watching this film reminded how cool the 80s was with the retro music in which made this film stand out from the normal films with plenty of laughs with one liners. Awesome

being. kid of the 80s this is pure gold just like the movie ! fun set of tracks

What do you think Guardians of the Galaxy: Awesome Mix, Vol. 1 (Original Motion Picture Soundtrack) album? Can you share your thoughts and listen experiences with other peoples? 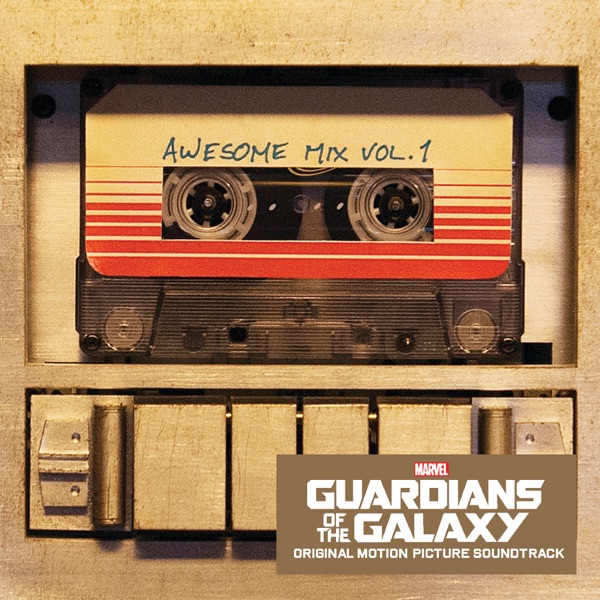