Juice was good future was trash

Wish he was still here, took him to fast ⚰️

Future goes back to his melodic/mumble roots while aiding Juice WRLDs creative writing. The Productions are perfect with instrumentals by Wheezy, Don Cannon, & Louis Bell. For all the people giving it 1 star, go kill yourself, This album does include mumble rap but thats a form of art. Music is anything you want it to be, with that said, great album.

Shows great talent from both future and juice aside from the title they don’t make their drug use positive. 10/10

WOD is nowhere near as good as any of Juice’s other projects, but it does have a few quality songs. Hard work pays off, jet lag, fine china, and realer n realer are the best ones.

yslucky - This album is Dudu stains

If it was just juice the album would be 10x better

Juice was fire but Future ruined it

A clean version would be great

Wrld on drugs is the best song ever bro like

juice was dope, but future ruined it

Not either of the artists best album but still a pretty solid album. Realer n realer,jet lag,hard work pays off are pretty good songs

Juice Wrld killed a few songs, but most were only ok and future did absolutely nothing but make the album worse. I like both artists, But this album could have been way better.

Not the best but 7 am freestyle, oxy, and fine China was amazing

Favorite album to ever be released by any artist. I listen to all of these songs still and could never get tired of them. Juice is the best.

Ok I’ll admit it. Sometimes I was surprised but not the best album by Juice tbh. But if I’m gonna be honest still good album.

[ZFG]Fire - Juice wrld is good and future too

Most of the songs were good (Fine China,world on drugs, no issue , realer n realer, ain’t living right, hard work pays off) we’re the best songs on the album in my opinion. I think juice is a really good artist and future also but juice Carried the album. Future is an amazing artist (again in my opinion) but future did slack on this album.

tanker1rules - Juice is at the top

Jordan yo it is me - Trash

TheChampIsHere07 - Drugs are not cool

RIP Juice wrld. I hope that the young generation can take his death as a lesson on what happens when you choose to do drugs. Drugs are not a play thing they can kill you and end your life.If you have a problem go talk to someone you trust, get counseling but drugs are never the answer.

This album is great I give it 5 stars

You can hear the words!!! thank you future you just get realer n realer then these mumble rappers

yellow_scar - This is very sad

I love Juice WRLD with all my heart I was listening since 2017 but this, this is just terrible only has two good songs ands its 7 am freestyle and fine China and it’s not even futures par it’s just juices that’s good. I’m very disappointed

BruinsBoy24 - Slapper through and through.

Such a good album.

I’m gonna be straight honest rn, I didn’t really like this album besides a couple songs like fine china and make it back. I don’t have much to say about this album. Even though it was a big success, I feel it was only because of the two songs I have listed above. Overall, it was a DECENT album

When Nicki has the best verse on the entire album 💕

Bruh where am I

hahskakdj - The queen nicki is on it and the album is 🔥

I love this album so much including transformation 🔥

partyskull22 - Juice world amazing future not so much

Personally I like the album but get rid of future and I reckon it will be much better futures good and all but I mean he didn’t fit in with most of the flow and I couldn’t understand him overall it’s a good album just minus future and I’d give it a five.

Yeah its pretty damn good! I definitely recommend getting it. Trust me you won't regret it. I'm in love with Astronauts and Fine China!!!

future ruined some of the songs tbh, everything else was pretty good. GB&GR was definitely better.

What do you think Future & Juice WRLD Present... WRLD ON DRUGS album? Can you share your thoughts and listen experiences with other peoples?

The future is the time after the present. Its arrival is considered inevitable due to the existence of time and the laws of physics. Due to the apparent nature of reality and the unavoidability of the future, everything that currently exists and will exist can be categorized as either permanent, meaning that it will exist forever, or temporary, meaning that it will end. In the Occidental view, which uses a linear conception of time, the future is the portion of the projected timeline that is anticipated to occur. In special relativity, the future is considered absolute future, or the future light cone.In the philosophy of time, presentism is the belief that only the present exists and the future and the past are unreal. Religions consider the future when they address issues such as karma, life after death, and eschatologies that study what the end of time and the end of the world will be. Religious figures such as prophets and diviners have claimed to see into the future. Future studies, or futurology, is the science, art, and practice of postulating possible futures. Modern practitioners stress the importance of alternative and plural futures, rather than one monolithic future, and the limitations of prediction and probability, versus the creation of possible and preferable futures. Predeterminism is the belief that the past, present, and future have been already decided. The concept of the future has been explored extensively in cultural production, including art movements and genres devoted entirely to its elucidation, such as the 20th-century movement futurism.. 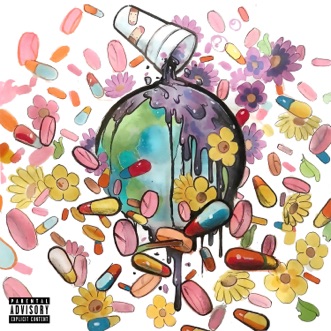