@LonerMike_: Astroworld was an average album

@TheNice0ne girl..... no idea like i said no one went to her set at astroworld they turned the screen off and everything 😂

@LamborghiniBoys: i think everyone remembers their first listen of astroworld shit was legendary

@joey_hiphop @XXL @RapCaviar Gots to be table 4 man. Love Astroworld, but J.I.D and Thugga all I need in life

What do you think ASTROWORLD album? Can you share your thoughts and listen experiences with other peoples?

Astroworld is the third studio album by American rapper and record producer Travis Scott. It was released on August 3, 2018, through Cactus Jack Records and Grand Hustle Records, and distributed by Epic Records. The album follows his second studio album Birds in the Trap Sing McKnight (2016), and his collaborative album Huncho Jack, Jack Huncho (2017) with Quavo. The album features guest vocals from Kid Cudi, Frank Ocean, Drake, The Weeknd, James Blake, Philip Bailey, 21 Savage, Swae Lee, Gunna, Nav, Quavo, Takeoff, Juice Wrld, Sheck Wes, and Don Toliver, among others. Production was handled by multiple producers, including Mike Dean, Allen Ritter, Hit-Boy, WondaGurl, Tay Keith, Tame Impala, Frank Dukes, Sonny Digital, and Thundercat. The album title is named after the defunct theme park Six Flags AstroWorld, which was located in Houston, Texas prior to its closure. Scott aimed for the album to sound like "taking an amusement park away from kids". He also described the album as a continuation of his debut album Rodeo (2015). Astroworld is a hip hop album, incorporating elements of trap and psychedelic music. The album was supported by four singles, "Butterfly Effect", "Sicko Mode", "Yosemite", and "Wake Up". Astroworld received widespread acclaim and performed well commercially, debuting atop the US Billboard 200 with 537,000 album-equivalent units, of which 270,000 were pure sales. It was certified triple platinum by the Recording Industry Association of America (RIAA). It was nominated for Best Rap Album at the 2019 Grammy Awards, while "Sicko Mode" received nominations for Best Rap Performance and Best Rap Song. The album was named one of the best albums of 2018 and the decade by several publications.. 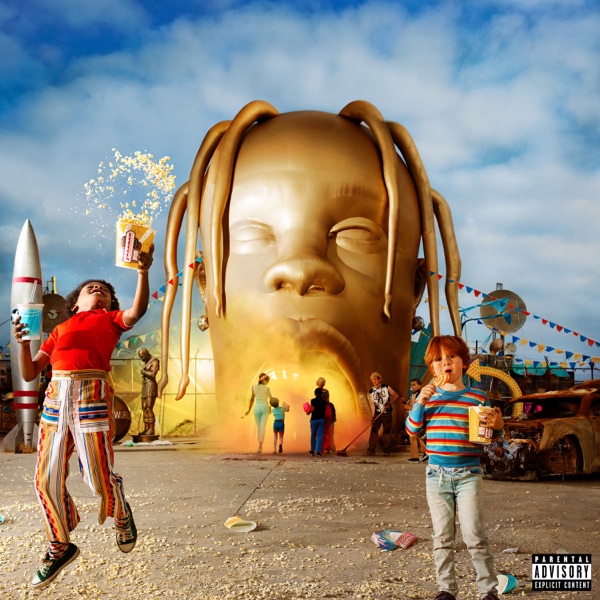