It’s ok but you say to many bad words sorry 😳

The whole album is straight fire 🔥🔥🔥🔥🔥🔥 Keep it up Drake

Tik Tok gang where u at?

His music is relaxing somehow

Only five of them are good

So here is a story We were doing something in gym class I asked my gym teacher to play in my feelings at first he didn’t play it then I heard it and I’m like yas but I mean I literally got so hyped when he played! KEEP IT UP DRAKE!!!!!!

Drake, don’t let haters of this song bring you down- Don’t give up on your passion & keep doing what you love! ☮️

I’m likening the music. Keep it up !

dis album is ok. the only good song is gods plan. only girls like drake. he just makes songs for girls. bruh cut down on da cussin

Reyna is the best - Its good

fhrjrjnjfirmfj - The clean version is better.. make more of these

For song rap Kiki do you love me

I love every single song in this album but it’s not the first because every album that he makes just keeps getting better!! Love you drake and keep making more musica

Hi your music is so touching I'v loved your music since I was little my parents divorced so your music has helped me thank you for helping me in life and I hope you make some good songs like the rest p.s you the best and the song toosie slide was awesome you the best and my rapper God, and just an idea you can rite a song about me most famous people don't care about there fans and they lie but never you because you AMASSING👍👍👍😀😄 p.s. the bad words r ok, they actually say what I'm feeling and I don't have to say it and I won't get in trub.

I love the clean version, but I hate his dirty stuff is crap.

Drakes boring, Apathy would body him.

This is straight heat🔥🔥🔥🔥🔥🔥 FIRE!!! And you haters just hating because you know Drake awesome🤷🏾‍♂️ haters hate because of jealousy all I gotta say Drake keep coming up with these fire bangers!!!! I’ll be listening!👏🏾👏🏾👍🏾

JORDYNNCASSIN - We love you Drake

She said do you love me I tell her only partly love .it never gets old

dis album is pretty lit nonstop is fire why are ppl just either hating or being like “dis the only song that’s good, tho” I’m ded 😂🤠

drake suporter - Drake is the stuff

Keep it up drake

I love it drake has a great voice. sorry if I comment to much it’s just I OML I LOVE YOUR ONE AND ONLY KIKI DO YOU LOVE ME SONG EEEKKKKK ITS SO COOL EVEN MY TEACHER LIKES IT LOL

GODS PLAN!! Thx for the clean version! Can’t wait for the next album.

Landen Knowles - My dad showed it to me

Best drake’s album for sure

Is your name Kiki he likes you

parkerbroome - Drake is a god

Best song ever trust me

My favourite song of yours is IN MY FEELINGS

TheIllist - takes some listening to; a great album

This album is a classic. Drake doesn’t deserve to be criticized for trying to explore new flows and techniques. He will always remain at he top no matter what.

Good song but I bought the clean version. 😖

Wow this is not what I would expect from you.I would really like you to make more rap music than cheesy pop. When your on the radio I don’t want to listen to your music. But I have to say Nice For What is 🔥

Drake's the Best all you haters keep ur oppions to urself

onerepublic in the 6ix - Album

Jomanabananadonut - Gods plan to keke do you love me

mob ties, cant take a joke, in my feelings🔥

This album is fam🔥🔥🔥🔥Definitely has some bangers🔥🔥🔥🔥🔥🔥

I think that you are a good Pearson

Amazing album. Shows off Drake's talent. Thanks for the clean edit.

Even cleaned up it's boring rubbish.

Brackstone14 - Such A Great Album!🔥

TheStig01 - The god’s plan is a success!

Fantastic. No other way to put it.

WHY PEOPLE HATING SO MUCH

kess horsie - in my feelings is da best

Just like everything else that is rammed down our throats. All rubbish.

@Omobayo9 @Otyjonah @AishaYesufu 🙏🙏🙏... children of this days they don't know anything ... rather than someone to tweet against government so that they should be like... but in terms of good things for the government they keep mute..so Aisha yesufu whether they like it or not she is wicked scorpion...

@HiddenXperia @BigDawgMills Does that Air Assault have the scorpion punch coating?.

@glueebybladee Scorpion great but yea I like TITS more.

BRO ARE U FR WE HAVE A SCORPION INFESTATION ISTG .

V ridin' on Scorpion in the badlands once again. #CYBERPUNK2077 #VirtualPhotography #NightCity .

What do you think Scorpion album? Can you share your thoughts and listen experiences with other peoples?

Scorpions are predatory arachnids of the order Scorpiones. They have eight legs, and are easily recognized by a pair of grasping pincers and a narrow, segmented tail, often carried in a characteristic forward curve over the back and always ending with a stinger. The evolutionary history of scorpions goes back 435 million years. They mainly live in deserts but have adapted to a wide range of environmental conditions, and can be found on all continents except Antarctica. There are over 2,500 described species, with 22 extant (living) families recognized to date. Their taxonomy is being revised to account for 21st-century genomic studies. Scorpions primarily prey on insects and other invertebrates, but some species take vertebrates. They use their pincers to restrain and kill prey. Scorpions themselves are preyed on by larger animals. The venomous sting can be used both for killing prey and for defense. During courtship, the male and female scorpion grasp each other's pincers and move around in a "dance" where the male tries to maneuver the female onto his deposited sperm packet. All known species give live birth and the female cares for the young as their exoskeletons harden, transporting them on her back. The exoskeleton contains fluorescent chemicals and glows under ultraviolet light. The vast majority of species do not represent a serious threat to humans, and healthy adults usually do not need medical treatment after being stung. Only about 25 species have venom capable of killing a human. However, human fatalities are frequent in some parts of the world with highly venomous species, primarily in areas with limited access to medical treatment. Scorpions, with their powerful stingers, appear in art, folklore, mythology, and commercial brands. Scorpion motifs are woven into kilim carpets for protection from their sting. Scorpius is the name of a constellation; the corresponding astrological sign is Scorpio. A classical myth about Scorpius tells how the giant scorpion and its enemy Orion became constellations on opposite sides of the sky.. 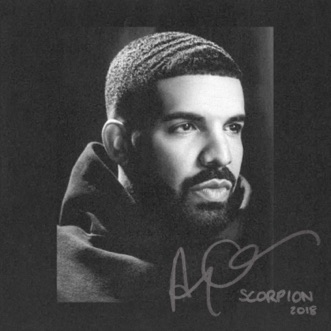