Just saw Yungblud at Lollapalooza - WOW! I feel like I have waited years to hear music like this again! I am an instant fan. Dominic is charismatic and full of life! The performance was electric. This album is a masterpiece. We will all hear much more from this young man who just turned 20 today! 8/5/98 Happy Birthday and CONGRATULATIONS. America is gonna LOVE you.

YungBlud has an amazing rhythm to his music and deserves more credit. This album is CRAZY AWESOME!

DisGruntledUSAF - Got screwed out of my money

Bought the full album, then was told that half the dang songs aren’t available in the US

All the songs out so far are fantastic! All have deep meanings worth looking into and all are pretty catchy. Psychotic kids is my favorite so far.

Great band and I truly suggest you : “ I love you, Will you marry me”, “California” both songs are really stuck in my mind.

justmissssssa - Watch this guy take over

America and the world! So stoked for him!

Came across these guys when I heard their new song with Halsey. Well all I have to say is I’m addicted. Lyrical genius.

When did this garbage music become classified as alt?! Ew

man i may be biased but i’ve been listening to yungblud for quite some time now and this album exceeded my expectations immensely. he’s really out here to change the game man. beyond. proud.

This is trash. In one of his songs he says he just wants to be stupid. Mission accomplished. I also don’t like that he says “I wants to die for the hype like Jesus Christ”. Complete blasphemy.

I’m a mother, And I approve this message 👍🏻🖤

Dom is an artist that is so real and genuine. He’s just as good live too and has an energy that lights up the room like no one else. Highly recommend him to anyone.

Actually paid for this one

Absolutely amazing! I love every song on the album, and they all have a meaning to each one which makes them even better 😍🔥❤️

I love his sound. Hip hop with rock music I love it. He’s a star. He’s from London. UK artist are so talented. Interscope records know how to pick talent. Yunblood!!!!

Easily could have gotten this for free on Spotify but, I love this music and message so much! This is what punk SHOULD be! Worth every cent plus more! Keep at it!

I saw this band live in March and I’ve been hooked ever since! Dom has so much potential and he’s gonna be huge one day and I’ll be here when he does.

You could cut yourself on all this edge.

brady r creasy - Definitely an album I have on repeat

It’s refreshing to hear an album from an artist with pure unadulterated raw passion. History has been made!

seriously can’t get enough of his music. I NEED MORE

I’ve been waiting for this for soo long!!!

Absolutely amazing album! I can’t stop listening to it. I saw Yungblud on tour with k.flay a few months ago and he is absolutely incredible live and his debut album has completely lived up to the expectations set during his gig. I can’t wait to see what he has in store for the future!

Yungblud is such a unique song writer with a unique style I’ve never come across before! He mixes genres so seamlessly and each song packs a new punch. Such meanings behind each piece! Definitely a 5/5 from me!

Hell On Wheels D2 - Meh, not what I thought

I first heard "Will you marry me" on XM Alt Nation on my way to Indiana and thought, "Wow, this sounds like a step backwards to some British punk of the 80's and 90's". Listened to that song over and over. Then came "tin pan boy", again, still had that kind of British punk vibe and was fun to listen to. THEN the rest of his stuff came out on XM. Finally I downloaded the full albums and EPs to get a better sense of the music and whatever this blend of British pop/regage/electronic/alternative/punk was. Its half and half, I wouldnt say its super deep, its not like you are gonna get Tool but you arent getting Keisha either. Atleast its fun to listen to.

This here is full of bops would definitely recommend!

Dom is so talented I’m so excited for him, he’s gonna be big soon 🙌🏻

J3468 - This album is fookin incredible

Dude knows how to write songs. They are organized chaos and I love it.

Worldsmostadequatemom - I FOOKIN LOVE IT MAN🖤🤟🏻

What an amazing debut album, I cannot stop listening to it! There isn’t one bad song on this record. As the mom of two “misunderstood” teens, I find Dom, his high energy, and his unfiltered lyrics so inspiring, and relevant. I stumbled upon YUNGBLUD before my daughter did, and now she can’t get enough! We just ordered a T-shirt so she can properly represent while she introduces YUNGBLUD to her entire school. This kid will be selling out arenas within three years I guarantee it!

Absolutely incredible musician. So talented and has great music. This album is awesome

Such an amazing album! I have been keeping up with Yungblud since March and have watched him put out amazing songs! This album is worth the listen!

I only had to hear the first few previews to know I would enjoy this. Upon giving it a full listen, the songs are extremely catchy and enjoyable to listen to. The perfect blend of rap influenced pop and mental asylum lyrical content, tied together with a thick humorous British accent that doesn’t apologize. A real treat, so treat yourself!

He speaks his mind and isn’t afraid to do it. He writes and sings about important topics and is just a really great and inspirational dude. Love it

GooseBear78 - Found him by mistake

Wow, great album. Blow me away.

Darkcaster - Super catchy, but with real meaning too

One of the few artists today that puts meaningful powerful words in his songs, they are beautiful 🖤

I love you dom

I’ve been listening to him for a while now and love “I love you will you marry me” and “21st century liability” and “Polygraph Eyes”. The album only songs are really good in the sense that they stand out from each other. “Machine gun” and “Die for the Hype” are really good too. Some of the songs have some really dark lyrics to them but they are really well written and fit the feel and flow of the album.

This is the worst crap I have ever heard

This is amazing! Especially when you know the meanings of the songs!

This album is truly amazing, the songs transition to each other perfectly. If you ever have a chance to see him do it!

Pitterpatter84 - Save your money

Not worth it. Kid is a complete moron. Definitely a wannabe.

All the songs are a bop! I recommend!

This album rocks. But what is about it so cool 😎🤘🏻

Qazwsxedvcdsg - Where do I start

Honestly I heard psychotic 2 days ago and I haven’t stopped listening to ALL his music. I love his songs so much. He needs more appreciation tbh

MHA_fan - Can you do a clean version?

Everything he does is brilliant. Love every song on it.

Been following the YUNGLUD crew since the early days, and I’m so proud that their first LP is here! It’s a banger. Give it a listen.

This is honestly the best album of 2018, I can’t wait to see him live in March

Daniel is not an issue - Amazing album

But I preordered it and I have to buy it again because it didn’t work :/

Yungblud is the absolute best and I don’t know who tf gave his album a one star but it was probably one of the politicians. Every song is powerful and meaningful with each lyric having an impact. Don’t even waste time reading this review, just buy the album man 🖤

dom, what a great album !! I love every song

@voidvmin - dOmINic I love you will you marry me?

This album is the best one going for me this review maybe abit later but didn’t discover yungblud until reading 2019 and now I carnt stop listening , listened to it atleast 1000 times😝😝

@CALUMONMARS 168 days until we can open up the pit in line to 21st century liability.

@copyofahoax These might be some songs you might like Original me Loner God save me but don't drown me out 11 minutes Mars Kill Somebody 21st Century liability.

I’m a 21st century liability or whatever dom said .

What do you think 21st Century Liability album? Can you share your thoughts and listen experiences with other peoples?

21st Century Liability is the debut studio album by English singer Yungblud. It was released on 6 July 2018 via Locomotion Recordings, Geffen Records and Interscope Records. It features the singles "21st Century Liability", "Psychotic Kids", "California" and proper lead single "Medication". In 2019, the track "Polygraph Eyes" was voted into Triple J's Hottest 100 of 2018 at No. 99. . 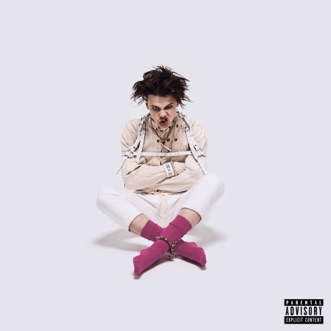