It's great but Rodeo was just a tiny bit better! Songs like Goosebumps, Pick Up the Phone and Coordinate really set the mood for this project! Great Listen!

I love this album!! Keep up the good work Travis 💯

Travis Scott is simply the greatest, and so is Birds in the Trap Sing McKnight

Every song deserves to be on the radio.

Every single song on this album bangs. I can listen to this album on repeat and never get tired of it. The features are also really good with Kendrick Lamar on “goosebumps” and Kid Cudi on “way back” and “through the late night.” All the features were great. All in all this whole album is a masterpiece.

I love this album. Travis is fire.

Besides beibs it’s very good, have listened nearly 100 times through

Give this album a chance listen form start to finish

This album is wayyyy better than his new album 🤷🏽‍♂️

While I put Rodeo at the top, the album is very different, on Rodeo the features stood out more, on this album the features blend so well. Can't wait for Astroworld and the Quavo collab project!

They put me on this music 🔥🔥

ONE OF THE BEST ALBUMS OF 2016... STILL JAMMING TILL DATE THOUGH.

I like pick up the phone without young thug. Everything else is 🔥

Take off the song “Coordinate” and it’s a perfect record.

I like how so many people hate on rappers. Maybe it’s cause they are all mostly black. Cause blacks are more talented than whites. So if you hate Travis that means you are white and racist and you should go drink bleach and die.

Second best album of all time.

I love goosebumps my fav song

Goosebumps is the best song

PRODUCTION IS POOR NOT BETTER THAN RODEO OR ASTROWORLD. BUT NOT A BAD ALBUM

Man... This album is great. I don't think it's a classic like rodeo but it grows on you and the production is always wild on any Travis project.

Not his best album, but it’s Travis Scott and he never makes bad music and this album is still good.

THROUGH THE LATE NIGHT WITH KID CUDI, BIEBS IN THE TRAP WITH NAV, GOOSEBUMPS WITH KENDRICK, PICK UP THE PHONE WITH QUAVO AND YOUNG THUG, AND WONDERFUL WITH THE WEEKND ARE FIRE

kiki do u live me - Sick

Travis has beautiful birds and very good auto tune. 10/10 for Kenny on goosebumps. He hits that falsetto like a bird.

This is incredible. I did not know it was possible to captain this much heat into an object without it turning to ash. This, in my opinion, is the Album of the year. The vocals are entrancing, the beats addictive and explosive. The production is impressive and creative. LaFlame, if you ever read this, know that you have made a masterpiece, and if you don't get Album Of The Year, I will be disappointed, and enraged. @DrTaylorDT is you want to give a shout out to one of your biggest fans

Most annoyed I have ever been - 🕊

Who dat guy with the Mickey Mouse voice

KingKurdashian - Album for the whip

This album is dope af keep up the great work

Perfect music for this generation, such good vibes, love it.

Best album ever made

Perfect follow up to Rodeo!! Bumping this gem non stop

Travi killed this, with the featues to the production this album is a all around classic.🕊🔥

Oh my god Travis Scott NAILED IT!!! My fav is outside with 21 savage!

Unbelievable album. Not one bad song🔥🙏🏻

Most songs are pretty dope, some songs are weird in the beggining but they're banging tracks lol but I enjoyed it.

The amount of energy this guy put in this album is amazing!

A beautiful masterpiece yet again perfected by Travis Scott. I can sit back and listen to this all damn day! Amazing release. Can't wait for future songs.

This sucks he has the worst auto tuned voice people actually like this garbage!!! Lmao

BIRDS IS A MASTERPIECE. HUNCHO x CACTUS JACK and ASTROWORLD 2017 🔥🔥🔥🔥🔥

Best songs I would play them all day everyday forget school

I Love This Album So Much I Can't Stop Listening To It!

In love with this album since last summer! Still listen to it! Coordinate is sooo good!! Travis is the next Kanye it ain't for nothing that he is his protégée 😱😱🙌🏾🙌🏾😍😍🕊🕊🕊

Still bang this album every day !! AOTY no one else even comes close🔥

THIS ALBUM IS LIT LAFLAME STILL KILLING IT🔥🔥🕊🕊

Goosebumps and Wonderful are bangers 🔥🔥🔥🔥🔥🔥

Finally after the long wait. It is here 🔥🔥🔥🔥

This album is straight fire seriously 🔥

What a wonderful time

One of my favourite artists to date. his unique sound of music gets me trippin!

lozfromoz6 - FINALLY A GOOD RAP ALBUM FOR THIS YEAR

Is definitely an upgrade compared to his first album, Travis Scott is killing the trap rap game.

Been a fan of Travis since Days Before Rodeo and I can safely say this album is everything Travis fans would have hoped for. Great follow up to his Rodeo album. Very keen to see him live now :D

Must purchase for all Travis fans!

J.okapi - Album of the year

LA FLAME back to back

TRAVIS GOES HARDEST ON THIS ALBUM, PROVES HE CAN MAKE SONGS WITH A DIVERSE SET OF BEATS TO FORM SUCH A MASTERPIECE LIKE BITTSM!

This album shows he can make any style of trap music love it.

Sr!jaи - Goosebumbs and Pick up the phone!

best songs in history and the best album from travis yet!! LITTT!!

Travis never disappoints his production is so clean

Most fire album of the f**king year. May la flame live forever

YUNGREEFER - My favourite project this year so far!

Even though Rodeo was good, this album was better for me. Every song is a hit bruh!!!!!!!!!!!!!! album = flammmmesssssssssssss!!! LA FLAMEEEEE

DATREVIEWGUY - Thank you for the good time

This is by far the best wake that Trav has put out, even better than views by drake and other recent albums

Birds are flying high my g

BEST ALBUM OF ALL TIME

Just love it! This guy has created something great. And it's not my usual type of music.

I was sleeping on this guy for TOOO LONG

Crazy good follow up to Rodeo, features are amazing

Great album. I especially like ‘ Pick up the phone ‘ and ‘ Goosebumps’.

hyper beam 67 - Levels up from Rodeo

Rodeo was just an album filled with bangers. No story telling or any masterpiece rap records. This changes that. Rap vocals blends in with singing well on tracks like "Lose" and hard verses on "Way Back" and "the ends". A bunch of good features on the album. However, the reason it doesn't get 5 stars is that it definitely deserved more songs. Some may not agree with my statement however if he had added more songs that are unreleased (go to YouTube and listen to "Astroworld the mixtape") then this album would be album of the year hands down. Aside from that... an excellent attempt.

Not a mega Travis fan but definitely delivered on this album... Much better than Rodeo in my opinion.

this album is lit!! omg straight up😽👅

This album is something else, travis killed it with birds🔥

my high expectations were met by this album, the features on this absolutely crazy

One of the best albums of this year and my personal favourite. Every song is incredible.

travis killin it with this album!! lovee

Travis Scott never fails to blow my mind! His albums just get better and better every time!!!

This is a masterpiece of an album, every track is amazingly well done and has great vocals. Love the track goosebumps and, pick up the phone and beibs in the trap ft. NAV.

This album is simply flames. Travis' best work and I've had it on repeat for two days straight now.🕊🕊🕊🕊🕊

Mama do the hump - Lit AF

La flame killed it, once again!

On par with rodeo

This is lit! Hip hop album of the year!! Got all aspects on one album! Shoutout to Travis!

Saaaam# - It's not hard to realise this album is a true masterpiece.

Each song is truly mood pleasing.

such a sick album

I thought it would be hard to top Rodeo but he managed to do so, as well as the album is very thematic and the production is 💯

FaymeK - Album of the year so far

I disliked Travis before this album. He has improved heavily and I see this as the best album in 2016

Man like Travis knows how to turn up 🔥 Unreal Album. Every track is lit. 🔥

Birds in the trap sing mcknight.

@astrowrlddd astroworld all the way, if not birds in the trap sing mcknight.

This album will forever be in the books 📝 .

@astrowrlddd i guess astroworld or birds in the trap sing McKnight.

Birds in the Trap Sing McKnight 🤯 .

Birds in the trap sing Mcknight.

Birds in The Trap Sing McKnight is a fcking classic man..

Birds in the Trap, sing McKnight.

What do you think Birds in the Trap Sing McKnight album? Can you share your thoughts and listen experiences with other peoples?

Birds in the Trap Sing McKnight is the second studio album by American rapper Travis Scott. It was released on September 2, 2016, through Grand Hustle Records and distributed by Epic Records. It exclusively premiered through Travis Scott and Chase B's radio show Wav Radio on Beats 1 and Apple Music. The album features guest appearances from André 3000, Blac Youngsta, Kid Cudi, Nav, 21 Savage, Kendrick Lamar, Bryson Tiller, Young Thug, Quavo, K. Forest, and The Weeknd. Production was handled by a number of record producers, including Nav, Vinylz, Mike Dean, Cardo, Frank Dukes, and Allen Ritter, among others. Birds in the Trap Sing McKnight was supported by three singles: "Wonderful", "Pick Up the Phone", and "Goosebumps". The album received generally positive reviews from critics, debuting at number one on the US Billboard 200, earning 88,000 album units in the first week.. 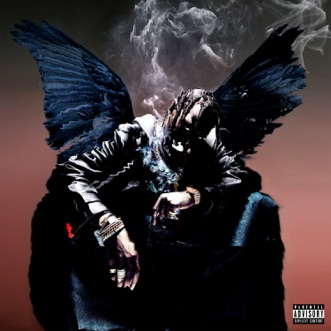